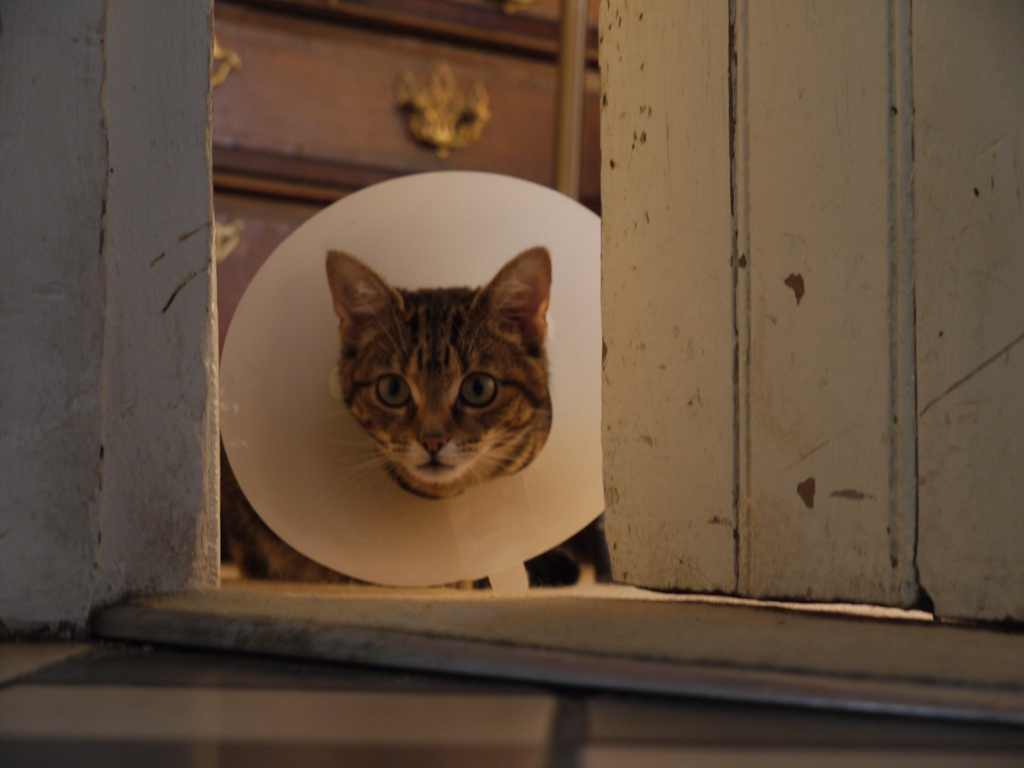 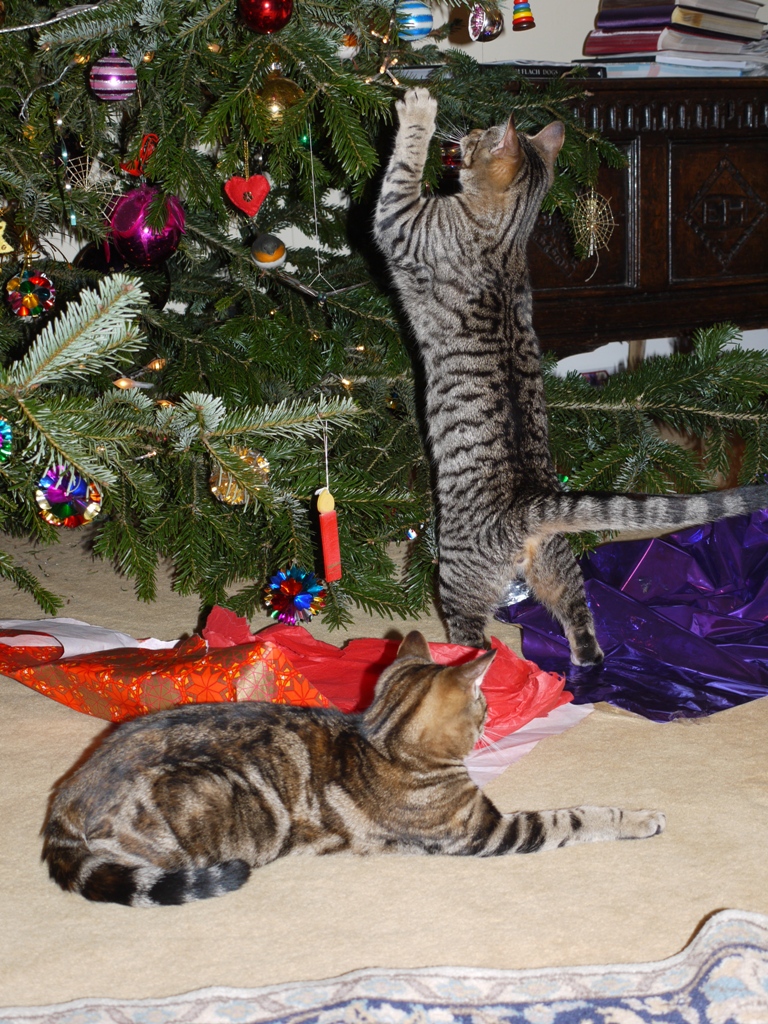 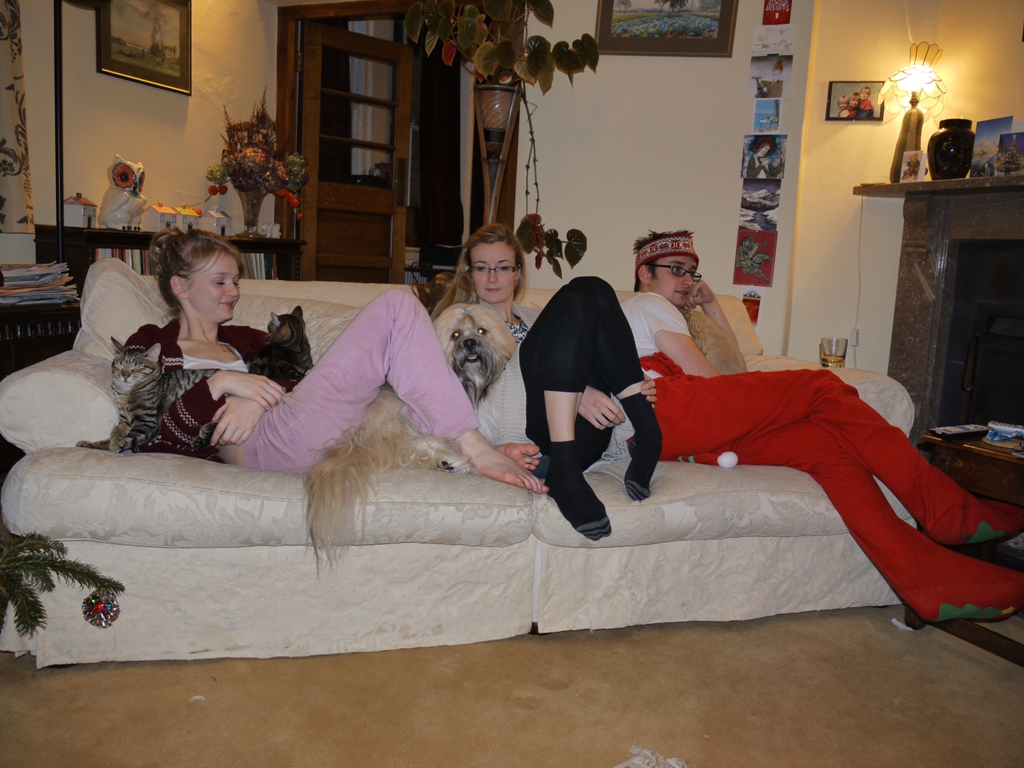 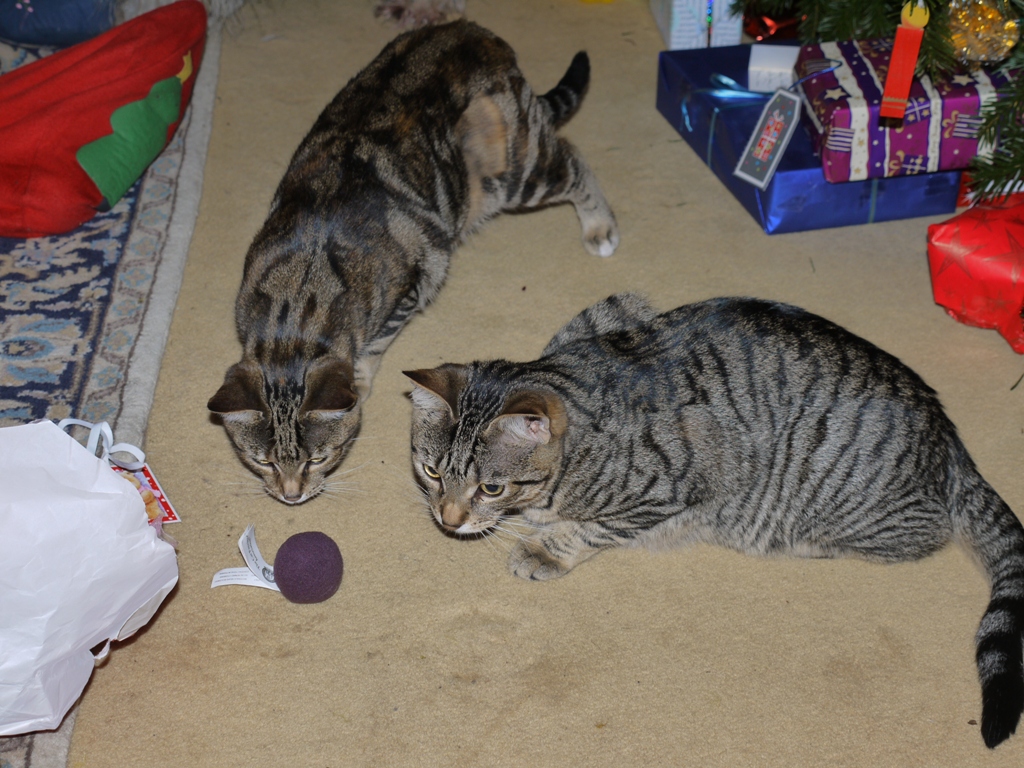 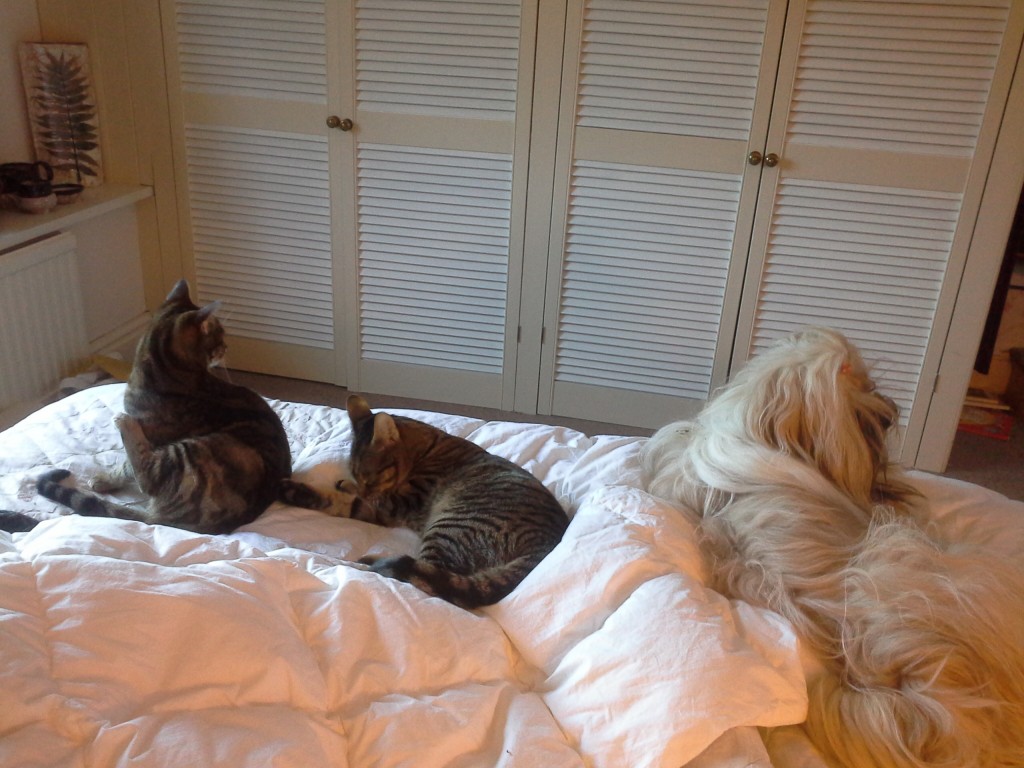 Several people have commented on the joyful puppy on the banner of this blog, so the time has come to explain. The picture is of Otto, and Otto is a Lhasa Apso.  In that picture he was three months old.

Now he is over two years and has a full long coat which almost touches the ground.  If he were a show dog it would do so, but in order to be a show dog you need to spend less time getting tangled in undergrowth and wearing off the ends of your hair and nails. 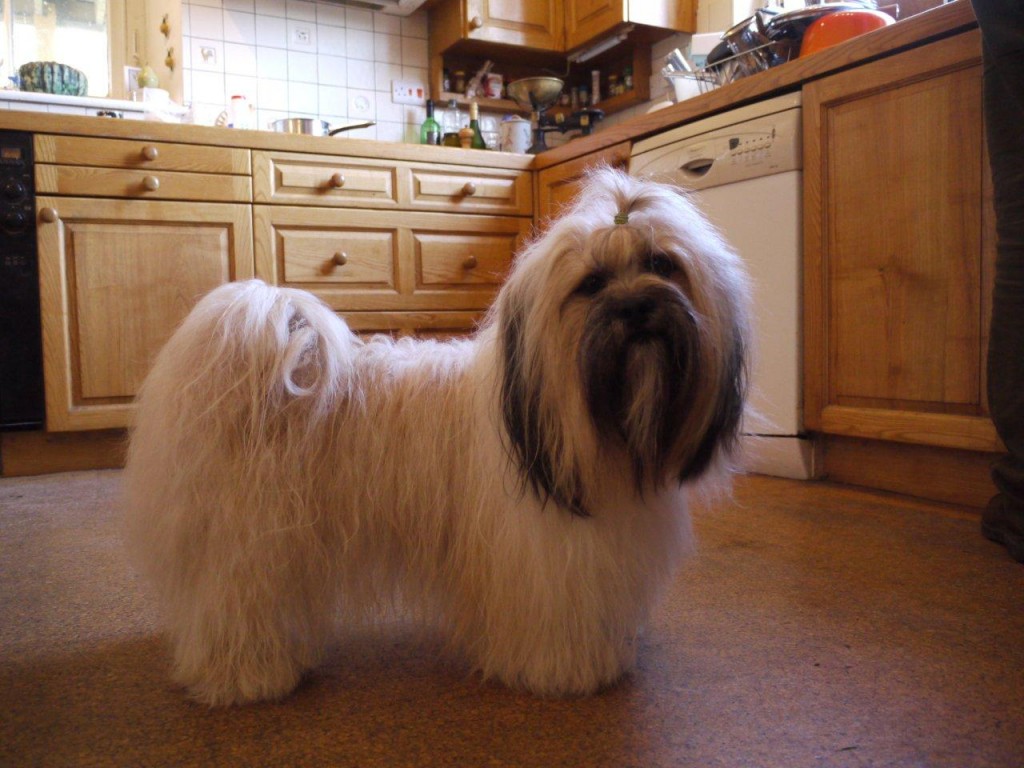 He has a bath and a major detangle about five times a year, the last bath was for the wedding, at which he wore a little costume to match the groom and the ushers and was the comic turn of the day. 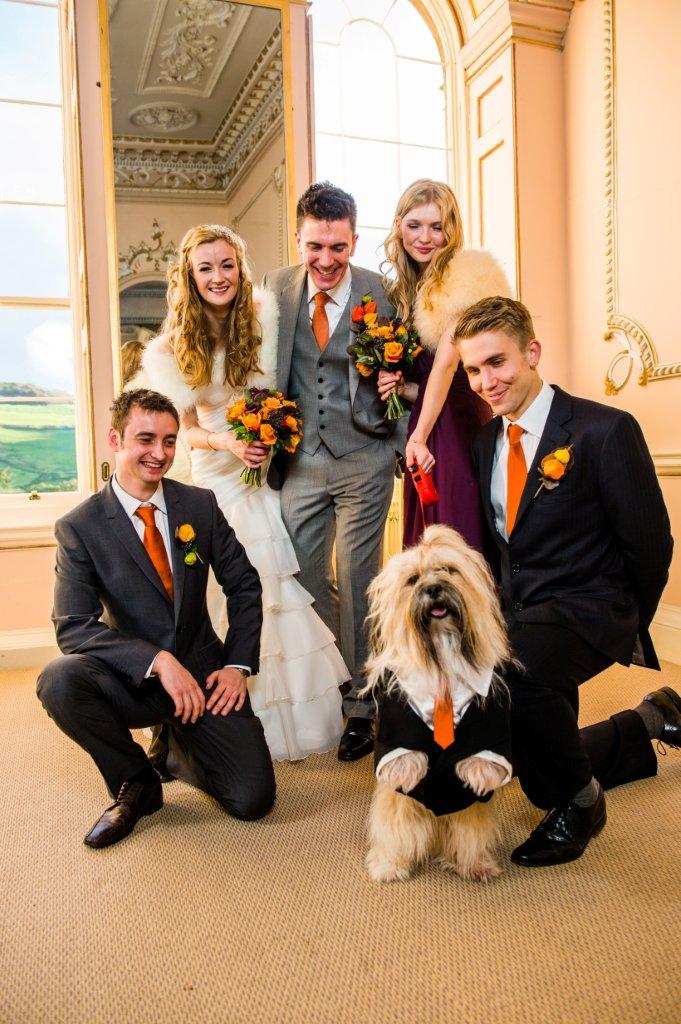 However this picture would give a false impression of the Lhasa Apso.  Inside the flowing hair he is all dog, with an enthusiasm for other dogs, deep puddles, rivers, sticky mud, sand dunes and the beach.  Lhasas are proud independent little dogs who bustle along at a trot or a gallop and appreciate a couple of miles walk a day. 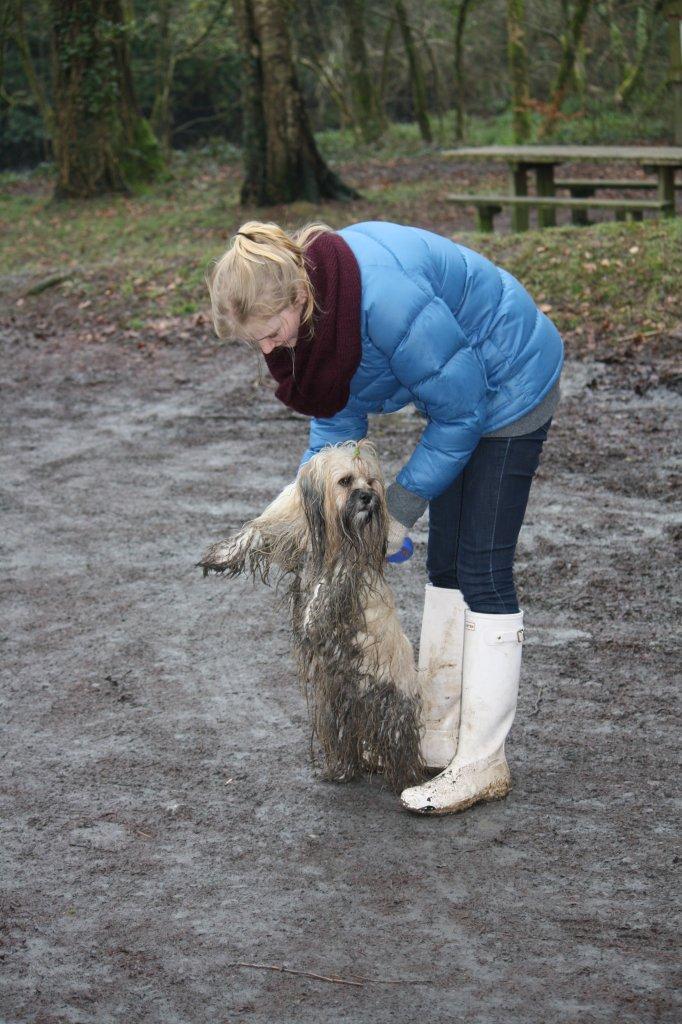 Otto, A Lhasa Apso in mud 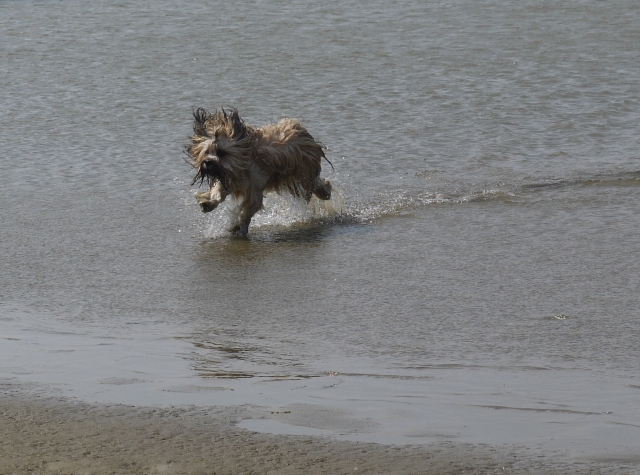 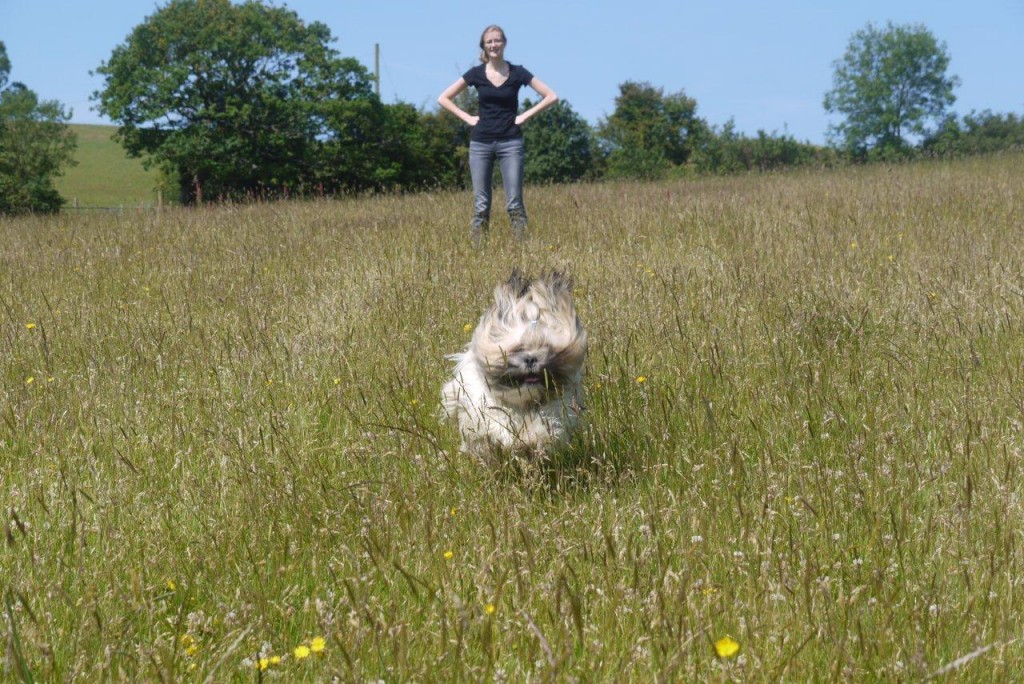 In the home Lhasa Apsos like to audit the visitors but having been introduced and added them to their acquaintance list they generally treat them with dignity.  They seldom bark.  For the inner circle of family members a full greeting is performed, much whirling, wriggling and standing on his hind legs waving his paws.   Lhasas are said to have their origins as Tibetan monastery dogs, perhaps as the reincarnation of monks not quite making the grade for Nirvana.   They like to sleep in an elevated bed, or indeed along the back of the sofa cushions will do.

Otto is deeply in love with his cats, Boris and Bertha.  When they were tiny kittens they hissed ferociously at him, and most downcast he would retreat a few inches and lie watching them, his chin on his big fluffy paws.  Within a week they had relented, and were rewarded with much affectionate dog licking.  We felt we should intervene as Boris became quite spikey and wet with saliva.  But when we tied up the dog to give respite from this degree of love, the kitten just marched up and demanded more.  Over a few weeks the licking abated.  When Otto feels the urge he captures a kitten, presses it to the ground and snuffles it.  When the cats choose, they lure him into wild chasing games around the house.

When I was trained many years ago in Animal Behaviour we were discouraged from naming animals anthropomorphically and taught to see their behaviours as purely adaptive mechanisms which further their survival.  Emotions were not supposed to be an animal attribute. Anyone who lives with pets soon doubts this mantra.  The dog and the cat have long contributed to the domestication of man, and have a wide repertoire of endearing behaviours of little other value.  They gain much from this co-existence, for their appeal to humans has ensured their food and comfort for millennia.  Otto, Boris and Bertha have welded themselves into a little multi-species family, in which there is no friction and a great deal of warmth.  When we sit down at the end of the day they expand the group to embrace us too.