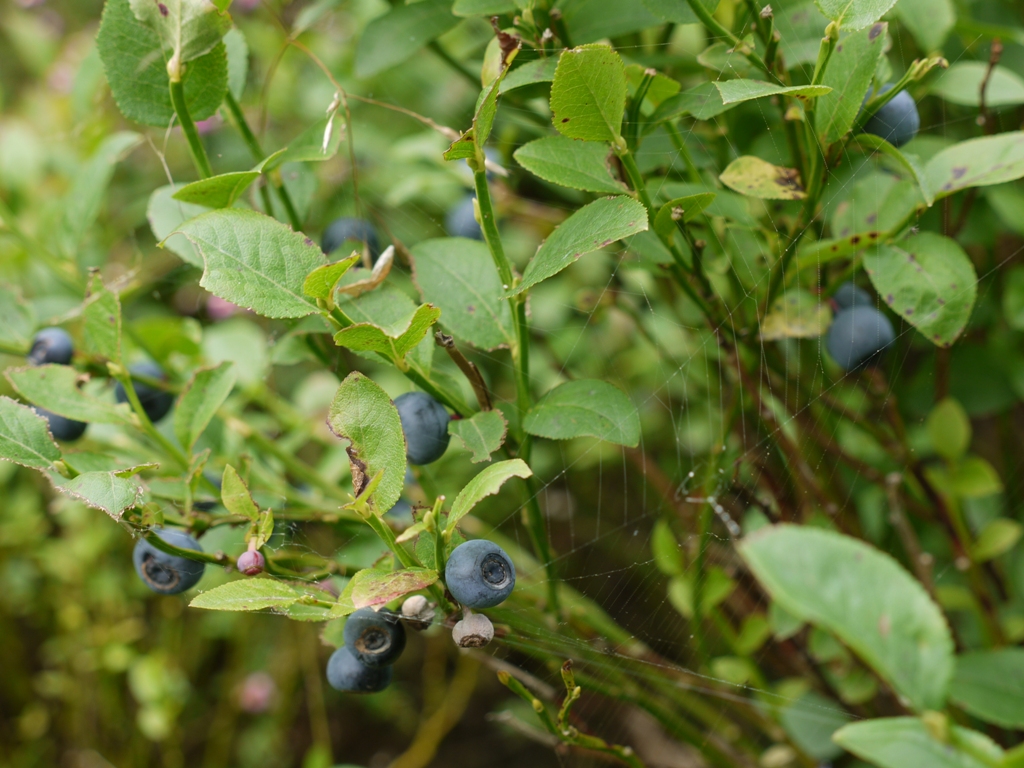 August is a rich foraging time and we recently took a break from mushrooming to make a second visit to our favoured Bilberry spot in the Cambrian uplands.

Bilberries (Vaccinium myrtillus) are the much smaller and tarter wild relative of the supermarket Blueberry  (V. corymbosum) a cultivated form of the wild North American species.  When I was a child, blueberries were unknown in British shops and so bilberry picking was a seasonal tradition, the whole family crouched in the heather and scrub, fingers purpling as we picked off the berries, squishing the overripe ones as we picked. It is a tedious task, as few berries are as much as a centimetre in diameter, and while the largest, ripest ones tumble far too easily through one’s fingers, the slightly less ripe ones cling firmly to the bush.  Unless there is a strong breeze, a horde of buzzing flies soon circle around the picker, and horseflies converge from great distances upon a likely blood meal.

But the outcome was a cascade of small spherical fruit baked with sugar and perhaps some apple in a pie topped with shortcrust pastry.  We liked to compare tongues after a bilberry pie, for the purple pigment stains the skin, and a tongue would remain blue for at least a day after the meal. Once you have had a bilberry pie, blueberries will always seem watery and insipid –  a pale imitation of these mountain fruits.

Finding a good Bilberry spot is a matter of luck and close observation.  At best the shrubs grow as loose bushes about 18 inches tall, but often their growth has been accompanied by regrown oak woodland, and they do not fruit freely in the shade.  On sunny hillsides they grow densely with heather (Calluna vulgaris) and form a low growing carpet of green and purple.  Grazing and hill fires both hold back the size of the bushes and the fruit may be smaller and sparser.  Most of the best spots are probably on forestry land where there has been little or no recent grazing but the trees are few.

A sunny hillside of bilberry and heather

Our two man-hours of picking yielded two and a half pounds of fruit which will freeze from fresh into perfect little black spheres of shot.  Neither flavour nor texture is diminished by the freezing process and I will later layer them with bramley apple and sugar in a generous pie.  If half the health benefits attributed to the milder blueberries apply to these wild fruit then we are also protecting ourselves from the ravages of senility, stroke, heart attack  and macular degeneration of the eyes.  And of course the physical exertion of climbing the hill will have also been very good for us! 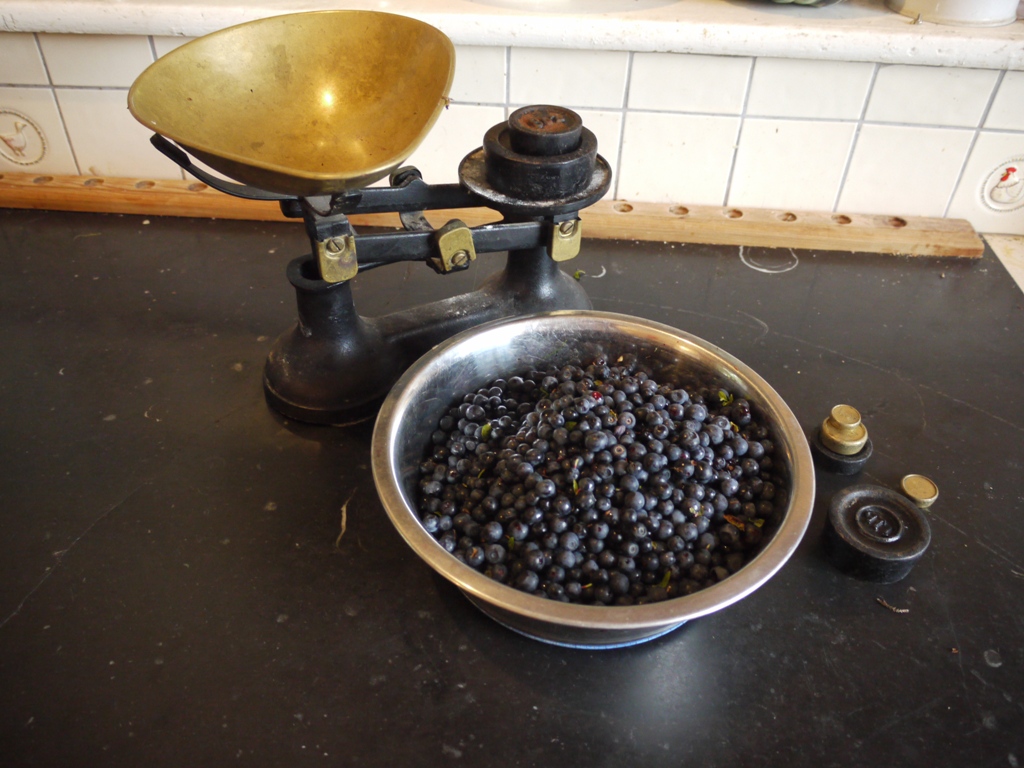 Bilberries ready for the kitchen 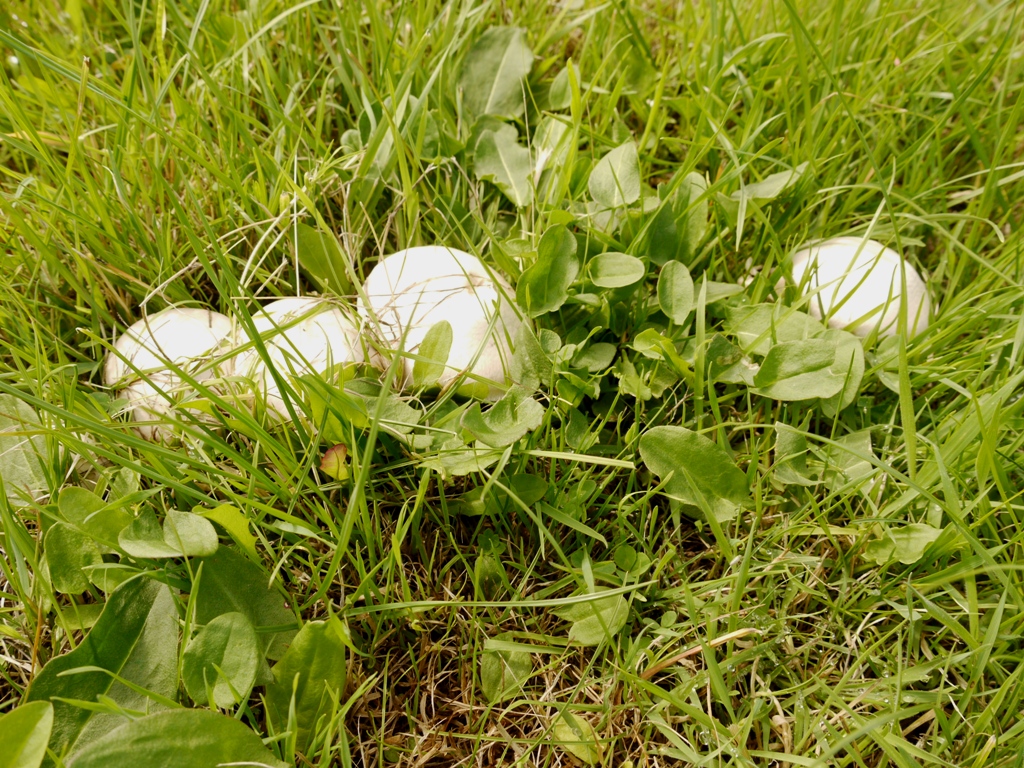 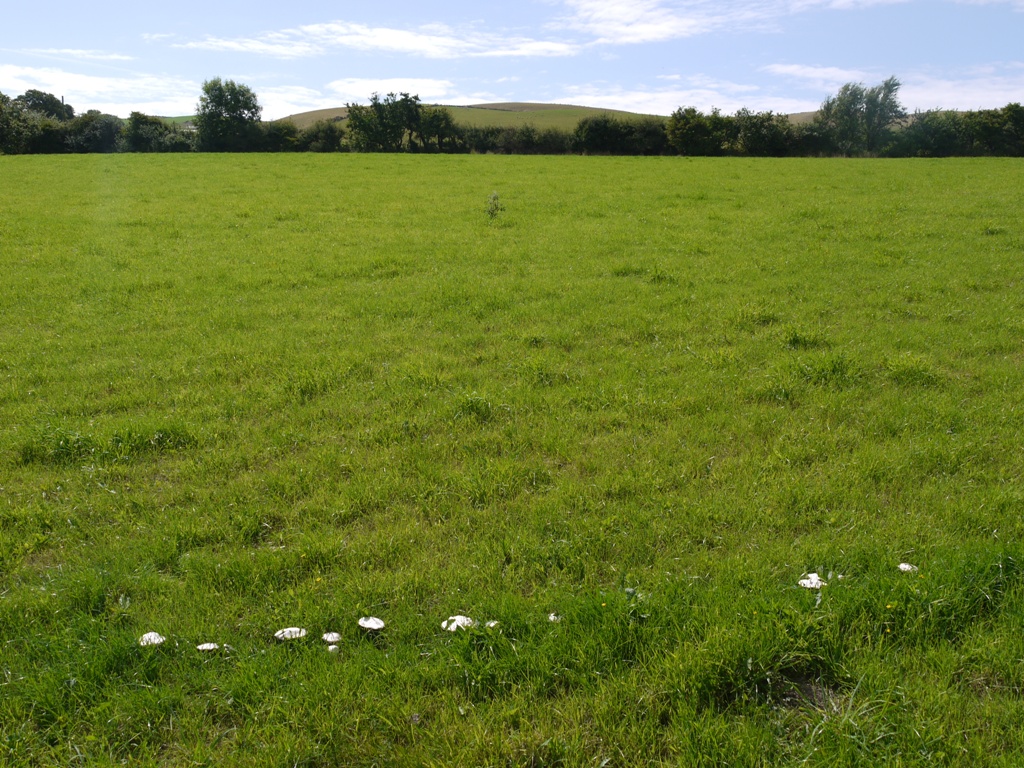 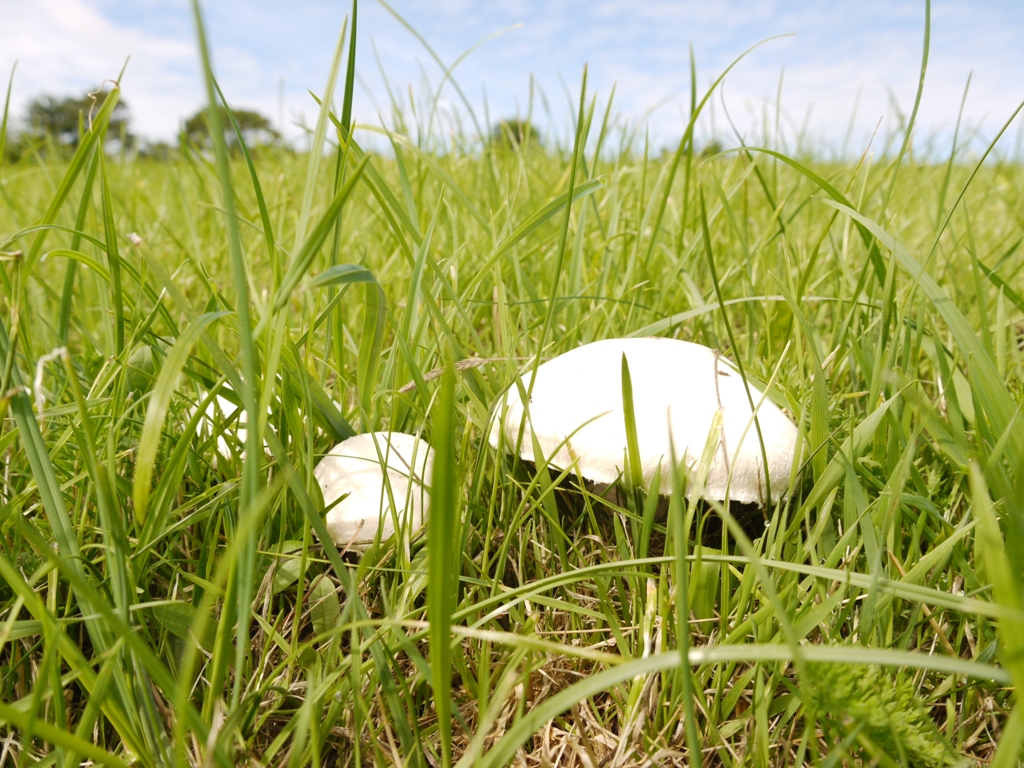 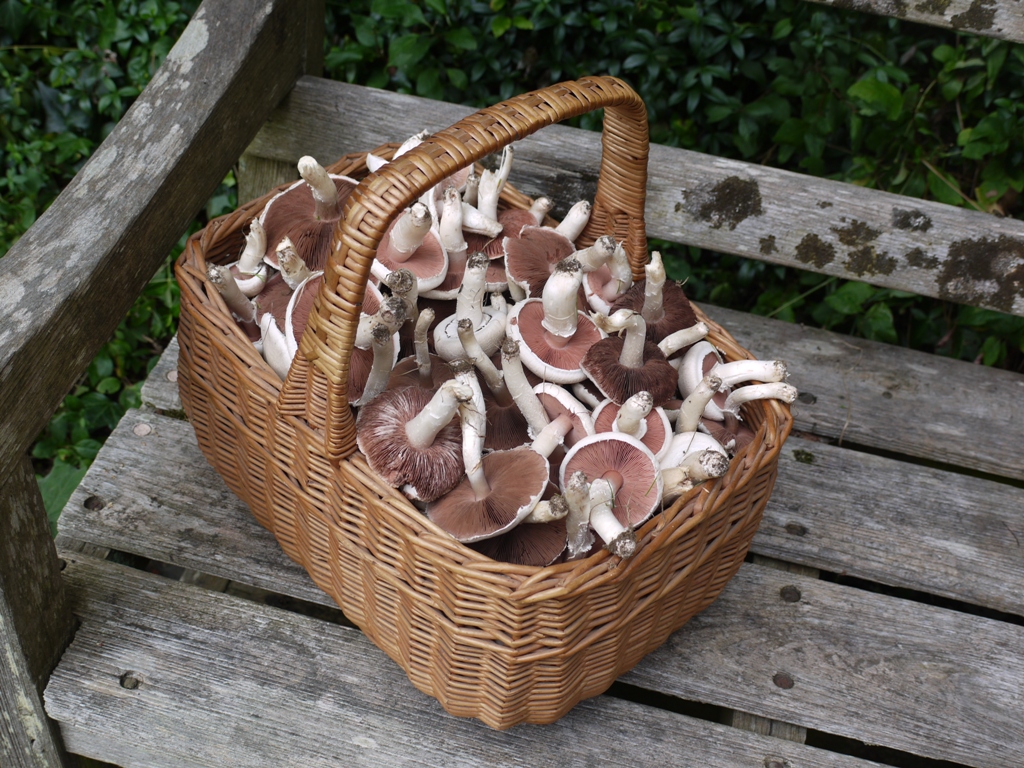