Saturday’s spring sunshine led me out to tidy up the winter garden.   Already rising proudly from the ground are the Sweet Coltsfoot Petasites frigidus palmatus, whose big star-shaped  leaves will later shade out all the competition.  It is an invasive plant from the arctic and cool temperate Europe, and a bit of  a mixed blessing, but its confident sentinels of March flowers thrusting up before even the primroses have got under way is a harbinger of luscious foliage to come. 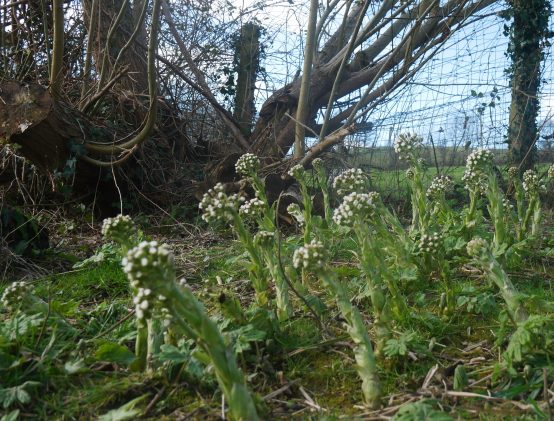 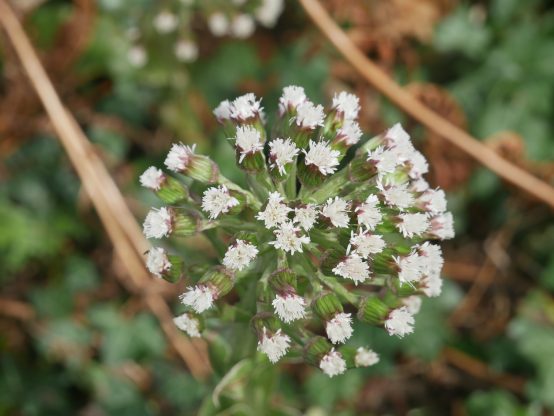 Petasites frigidus palmatus ( Sweet Coltsfoot) is erupting in the orchard. So invasive, but such pretty golf balls before the leaves emerge

Also performing spectacularly are my Oriental Hellebores … so many different forms are now to be found at Farmyard Nurseries in Llandysul.   Cross-bred in Carmarthenshire the new varieties range from white through yellow and green to pink, purple, and almost black, and from frothy double petalled to the wide welcoming stamens and nectaries of the simple five petalled flowers. 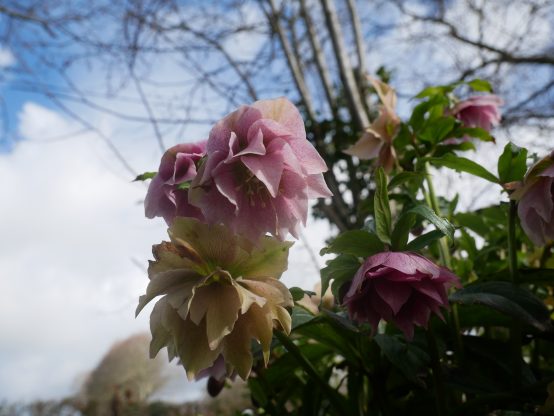 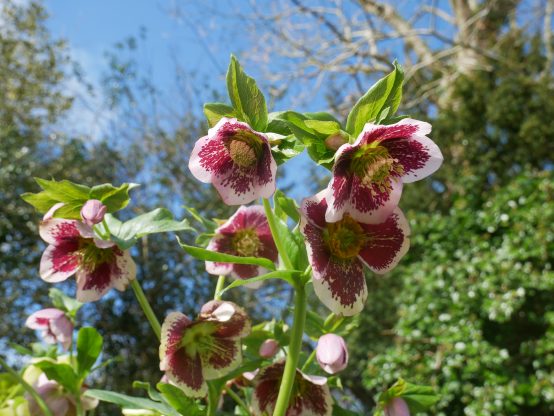 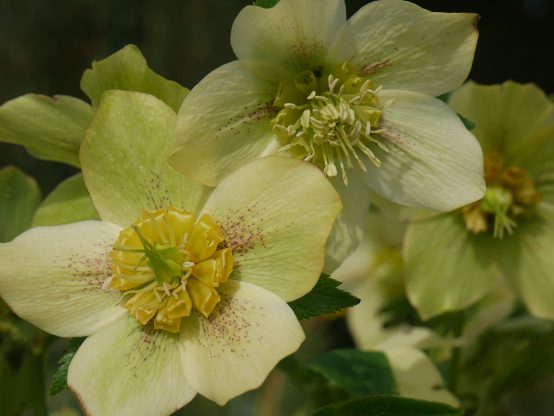 It was these latter flowers which attracted my first bumblebee of the season, a hard-to-miss bee with ginger thorax, black abdomen and white tail.  This was not a bee of my childhood.  Bombus hypnorum is known by the common name of Tree Bumblebee, or New Garden Bumblebee: for it is just that: not until 2001 was one recorded in Wiltshire, and that was probably among the newest arrivals from the continent.  The migration was a resounding success and within the next ten years the bee had spread throughout England and Wales.  In 2017 it appeared in Ireland too. 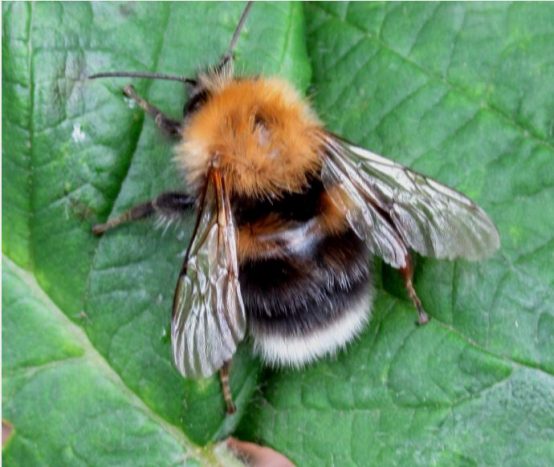 This bee is now reckoned amongst our commonest eight species.  My bee was a queen and will soon be setting up home in a tree hole, a nest box or perhaps a compost heap, or my loft, where she will rear her first first small daughters over the following five weeks.  Later there will be larger better-nourished workers, and finally drones and queens.  In a season she might rear as many as 300- 400 bees.   But her sons are fated to have only a fortnight’s independent life, zooming around looking to mate, and  it is only the daughter queens, fertilized in autumn,who will survive the winter to emerge in March 2022.