It seems to be my destiny to visit Gelli Aur ( Golden Grove) in the rain. Last week was my third visit in many years, and once again it poured.  Which was a pity because one of the anticipated high points was expected to be the view over the Tywyi Valley from the windows, or better still the roof.    Dryslwn Castle and Paxton’s tower lie to the west,  while Dynefwr Castle  should be visible to the north east,    Instead the distant views were lost in the mist. 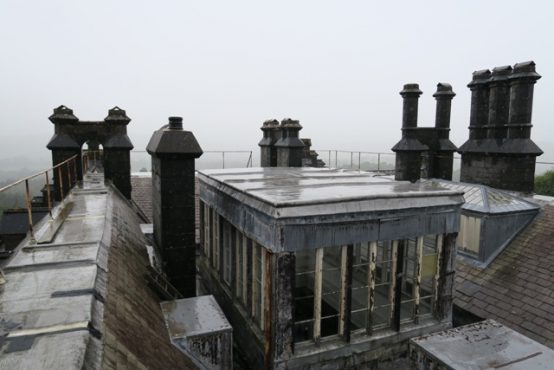 Nonetheless it was a fascinating visit, for a small group of us were taken around the house, which was built 1826-34 for John Frederick Campbell, Lord Cawdor, to a design by Wyatville. Not his principal residence, ( which was Stackpole in Pembrokeshire)  but a summer retreat,  staffed all year round by as many as 55 house servants, but on full performance only for a few weeks of summer.  The proportions of the house reflect this, the grand rooms approached from the port cochère at the east end of the house  are not that numerous, while stretching away to the west is an extensive two-storey range  of servants’ rooms, and the stable courtyard  beyond that.  Unusually, the house faces north.. but this is the side with the long views, and north-facing was perhaps not such bad news during a hot summer. 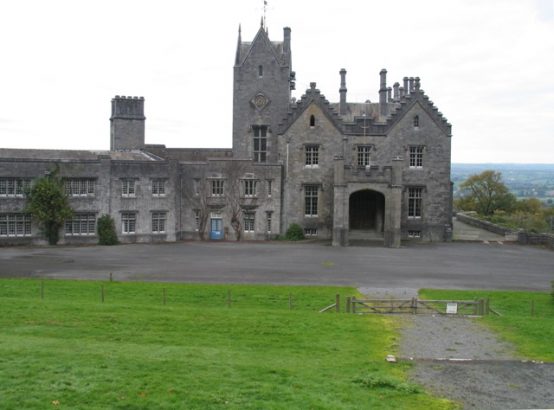 Golden Grove mansion, the principal rooms are in the eastern end below the clock tower

After a disastrous decade of neglect and destruction the house and 100 acres of park now belongs to a Preservation Trust which has ambitious plans to create an art gallery and cultural centre there. One initiative already under way is the restoration of the clock which adorns the clock tower of the main house. New replica clock faces have already been prepared and a specialist clock restorer has been commissioned, one who is also working on Big Ben. 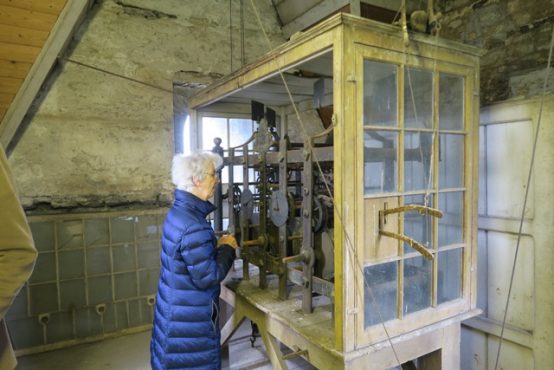 The Barwise Clock at Golden Grove

The clock is by Barwise of St Martin’s Lane, London, Chronometer, Watch and Clockmaker to His Majesty and the Royal Family, and dated 1832.  It stands in a large glazed cupboard with pulleys and levers reaching out in several directions.  I don’t pretend to understand exactly how it works, but it was clear to see the winding mechanism of three drums, round which ran the cables attached to three huge weights descending through neatly formed hatches in the floor of the tower.  A man with a crank handle would have had to regularly wind the clock, bringing the three big weights back up to the level of the clock.  This mechanism drove two clock faces on opposing sides of the tower, and three handsome bells which are attached to the outer wall of the clock tower.  ( I wonder what melody you can play on just three bells?  Probably the largest of the  three struck the hour.) 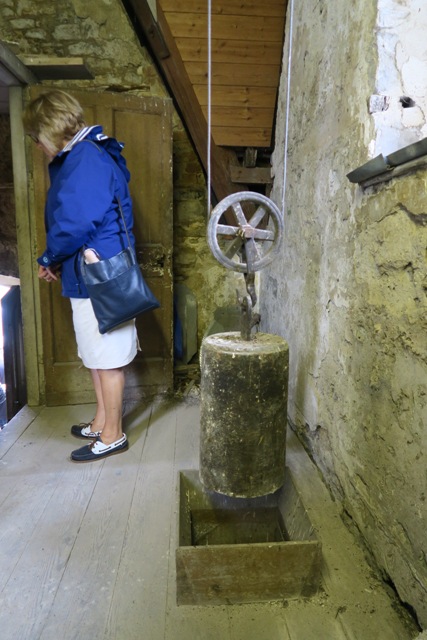 Golden Grove, one of the three weights driving the clock mechanism

The tower rises at the junction between the principal bedrooms and the servants’ wing, and the bells hang above the large glazed lantern which lights the grand stairs.  When operating, this handsome clock must have been more than audible to the grand occupants of the house. 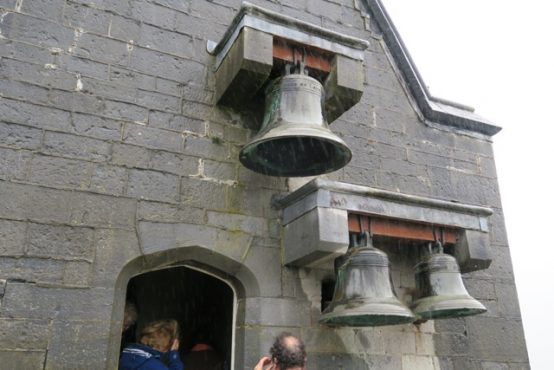 The three bells on the tower. Golden Grove

The firm of Barwise existed from 1790 to 1855, and enjoyed greatest fame in the 1820s, it seems to have been best known for its pocket watches, long case and bracket clocks.  In an article on Barwise in the Antiquarian Horological Society journal we get just one glimpse of a clock similar to that at Golden Grove.  A correspondent to The Times 26 September 1855, described the scene after the Battle of the Great Redan, an engagement during siege of Sebastopol.    He wrote ” The Great Redan was next visited.  Such a scene of wreck and ruin! all the houses behind it a mass of broken stones – a clock turret, with shot right through the clock – a pagoda in ruins – another clock tower, with all the clocks destroyed save the dial, with the words Barwise London thereon“.

Golden Grove’s clock has lasted considerably better than that one. Perhaps some others are hidden away in English church towers:  there is at least one, at Clayworth St Peter, Notts, but that is a much more modest affair. 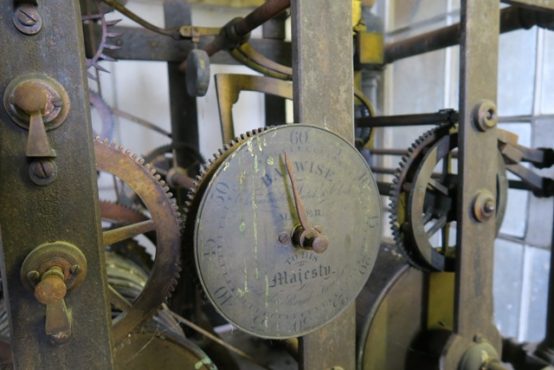 One regulator dial of the Barwise clock at Gelli Aur 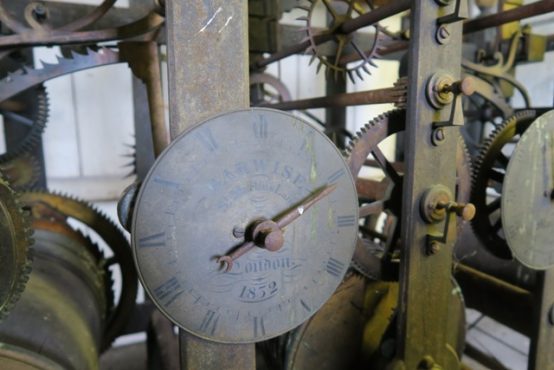 Gelli Aur. The second regulator dials in the Barwise clock bears the date 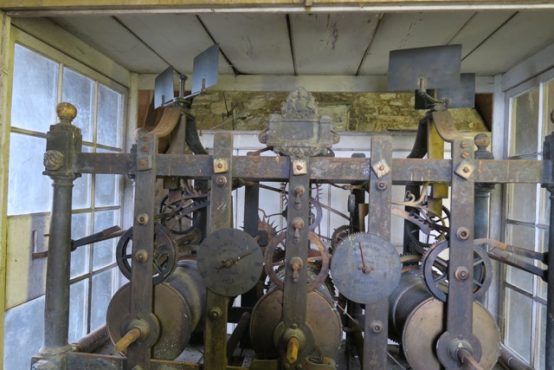 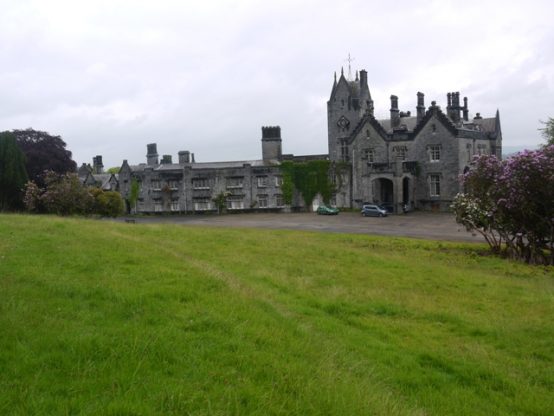 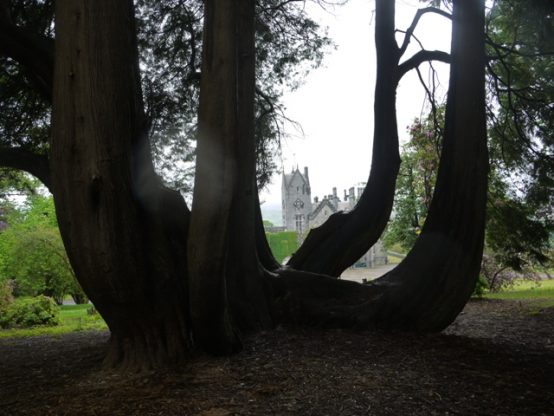 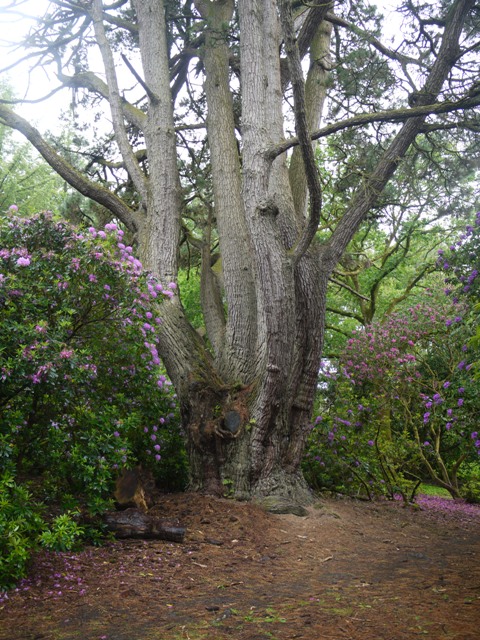 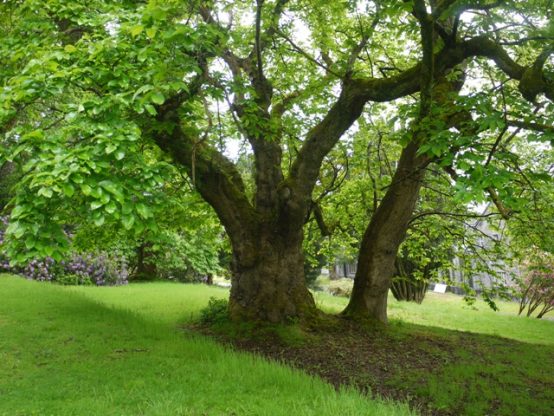 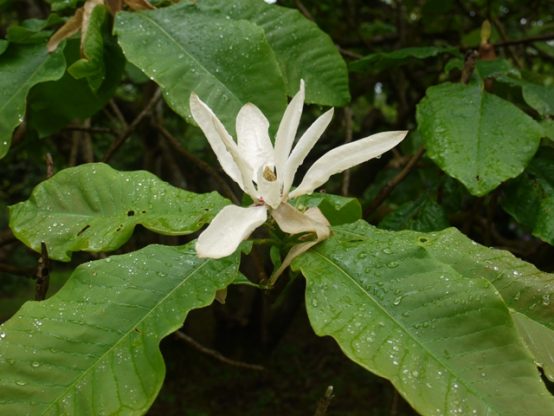 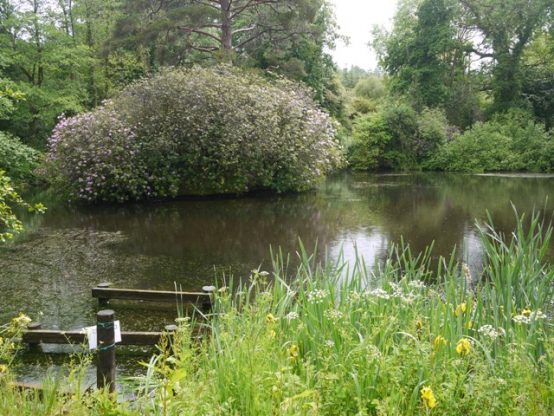 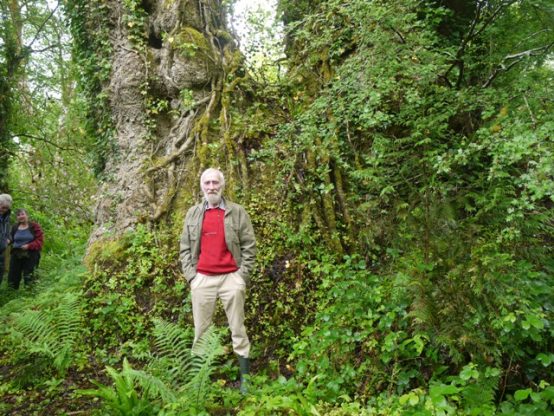 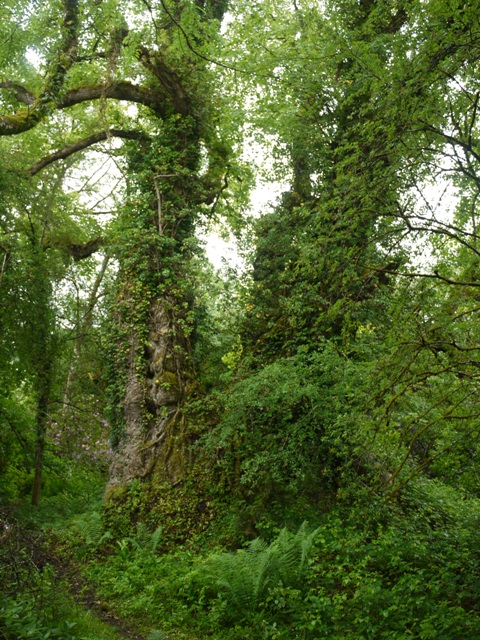