This year the Ceredigion Historical Society visited Llanrhystud, on that glorious Saturday when so many were indoors watching Megan and Harry’s nuptials or the FA Cup final.

It is a quiet spot, in which the much-enlarged Victorian church  sits immediately beside the Baptist chapel.  We visited both.  The former is an early work by church architect R.K. Penson and is notable for its stone spire.  Spires are almost unknown in this county but where they do occur they are more usually built of timber and slate.  (There was formerly a tall narrow timber spire on Llandygwydd church, which warped so badly it was taken down in 1913 after just 56 years, the whole church being demolished in 2000). From my childhood I remember recognizing Chesterfield from the train by its warped and twisted spire, malformed as its timbers aged and shrank.  No chance of warping with Llanrhystud’s  chunky construction.

When the rebuild was completed in 1854 the old memorials were swept away.  Most touching of the new ones is the fine white marble wall memorial to Mary Anne wife of John Hughes of Allt-lwyd and daughter of Alban TJ Gwynne of Monachty, who died in childbirth aged just 22 in 1833.  Her child, a daughter lived only eight days beyond her, a reminder of the harsh obstetric hazards of the times.

The group then set off down the coast to visit the lime kilns.  It is hard to imagine the hive of industry at this spot 150 years ago.  The beach at low tide shows the remnants of timber jetties, trackways and stone constructions where the boats came in to unload their cargoes of limestone and coal.  Four massive stone kilns stand just above the beach now largely hidden in a thicket of sloe and may.  We learnt that the different limestones have different uses:  that from the Pembrokeshire  makes good agricultural lime, while that from the Glamorgan coast ( often specified by local architects as Aberthaw Lime) makes a strong cement. Most of the kilns have three corbelled apertures or draw holes, allowing the draught to be adjusted in the light of wind conditions. 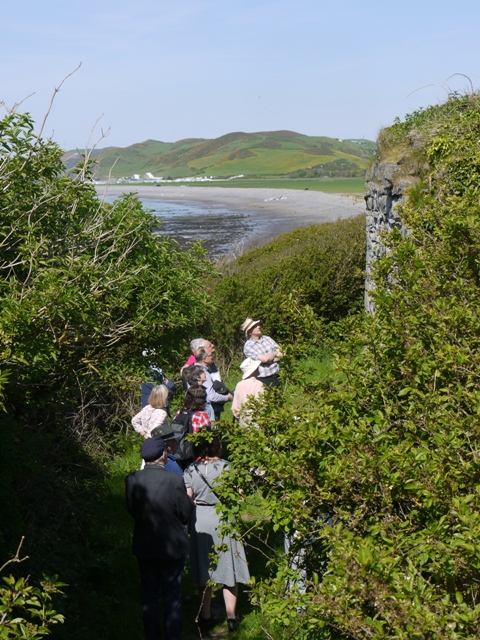 The Llanrhystud lime kilns, now overgrown with sloe and may 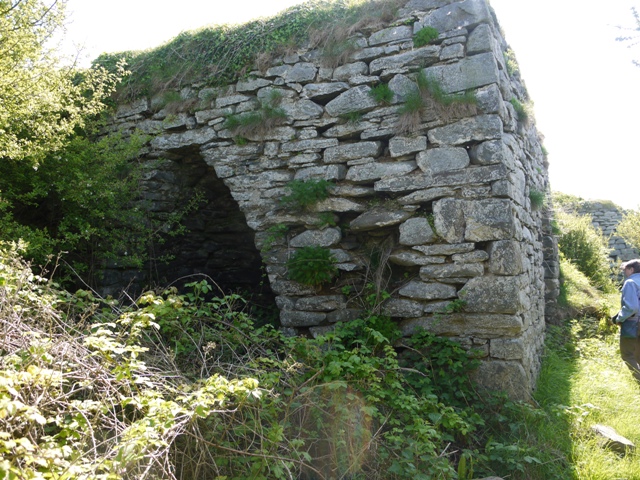 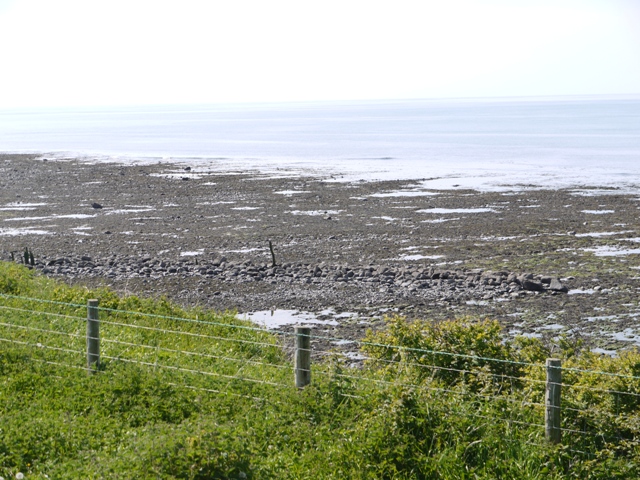 Our final visit was to Felin Ganol watermill not far from the ford across the Wyre.  In the early 20th Century this was still a hive of industry, the waterpower  driving millstones to grind locally-produced corn, and also generating electricity and driving carpenters’ machinery in the loft.  By the 1970s it was sold to new owners who preserved the historic interior and planted a fine Ginkgo in the formerly utilitarian back garden.  It fell to enthusiasts Andrew and Anne Parry, who arrived 12 years ago to actually get it working once more.

The restored leat now fills the millpond above the house, and at the tug of a lever we watched the wheel creak, grumble and slowly come to life.  Then a gentle steady chugging sound fills the buildings as we watched the great cogged wheels transfer the energy to the two spindles which drive two pairs of millstones, and to the sieve which separates the grindings into white flour, semolina ( a coarser grind) and bran. 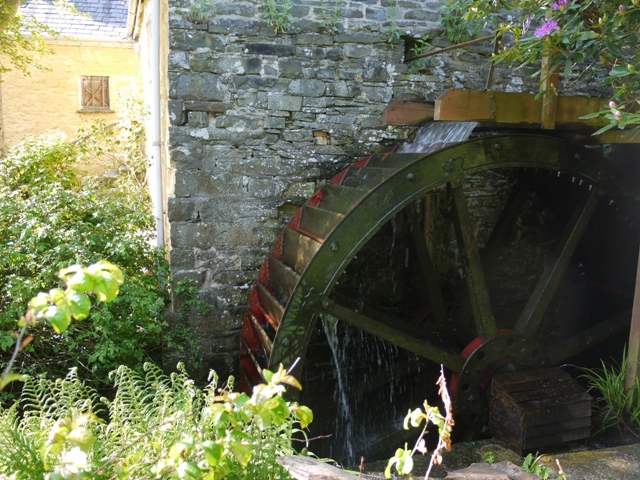 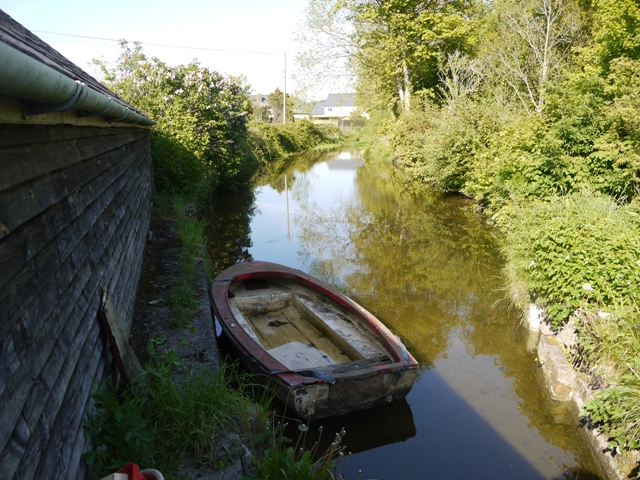 Felin Ganol, the mill pond supplies the head of water to run the mill for several hours

The products of milling have paid for the restoration, and Anne, whose background at IBERS explains her thorough knowledge of grain, has sourced heritage strains of wheat oats and rye varieties to mill.   I came away with a kilo bag of semolina flour, a fine grain which feels like very soft sand between the fingers.  At £2.50 its not cheap, but it brought a nutty flavour to my homemade quiche and made me realize how anodyne plain white steel-milled flour is as an ingredient. 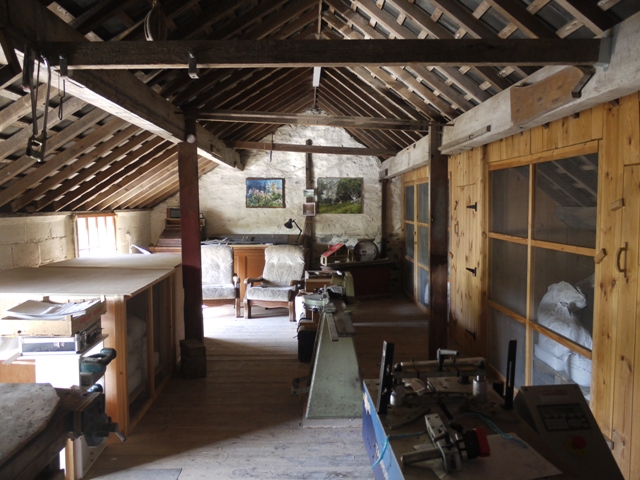