In November I wrote about the Old College, Aberystwyth, and an early photograph showing the construction of the main hotel entrance on King Street in 1864.  Now further researches in the archive of the Clarkes of Llandaff  by Mike Statham have brought a further early picture to light, and this one, I think, may be less well known. 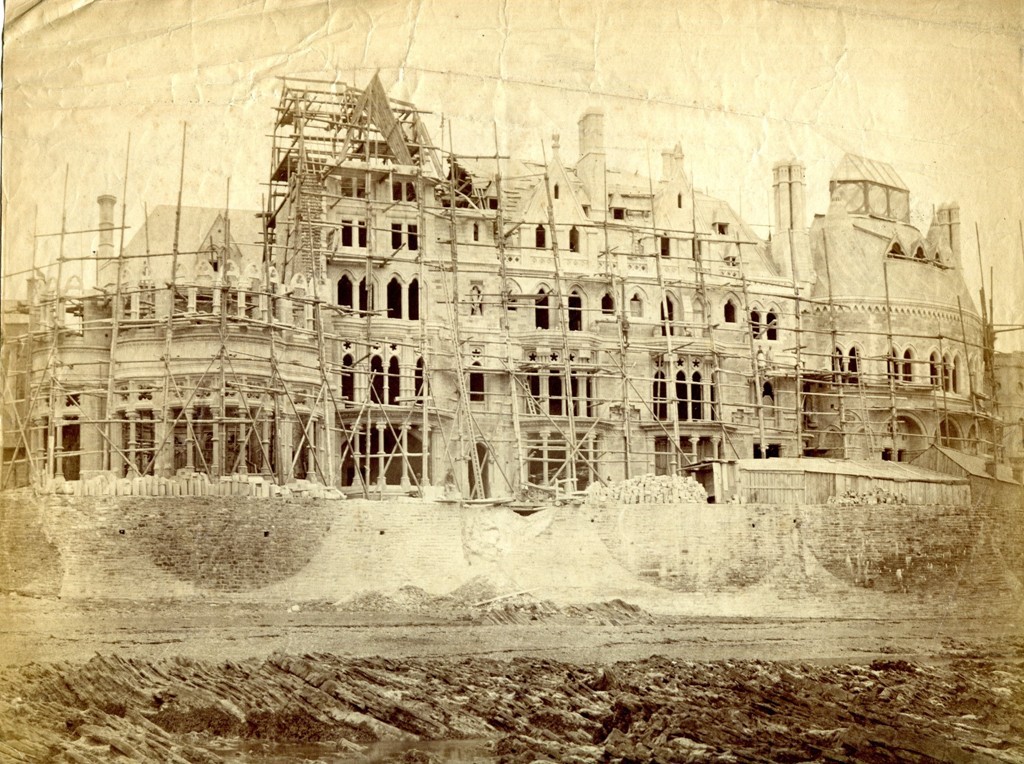 The view is from the shore and shows the sea wall still under construction and topped by builders’ sheds.  Wooden scaffolds cover the entire facade, and the progress of the build seems to have been from south to north.  Immediately beside the old Nash dwelling  Castle House, (just visible at the right of this picture) we see the oval front of Seddon’s large seaward facing bar, which is now known as the Seddon Room.  Above it on the first floor, and approached, by gentlemen only, up a separate stair, were the smoking room which overlooked Laura Place and the billiard room overlooking the sea.  In this picture, the billiard room construction looks almost compete, its roof pierced by three small dormers, and topped by a glazed rectangular ceiling light looking very much like a huge wardian case.  These details are true to Savin and Seddon’s original ambitious design for the hotel. The Billiard room was 48 feet by 24 feet and was to accommodate three full sized billiard tables and many spectators.

Further north the build looks confusing.  Two gables have been competed in line with Seddon’s original plans, but the third, taller gable appears partly constructed, and the distinctive ornamental hexagonal chimney beside it seems not yet to have been built.  There seems instead to be a hole in the roof where it will later stand.

To the north end, the first floor of the building has only reached the tops of its gothic arched windows, and so it seems to have remained for many years.  It was incomplete at the time of the bankruptcy of the hotel and remained so during the first phase of Seddon’s alterations to the building for  College use.

The fire in the Chemistry lab, on 9 July 1885 which extended to gut the whole of the north wing, is recorded in a photograph after the disaster. The grand billiard room roof is gone, as are the three gables of roof adjoining it.  On the left we see that the build at the north end has still, after 20 years, not progressed above the first floor, and remains a shell, just as it appeared in 1865. 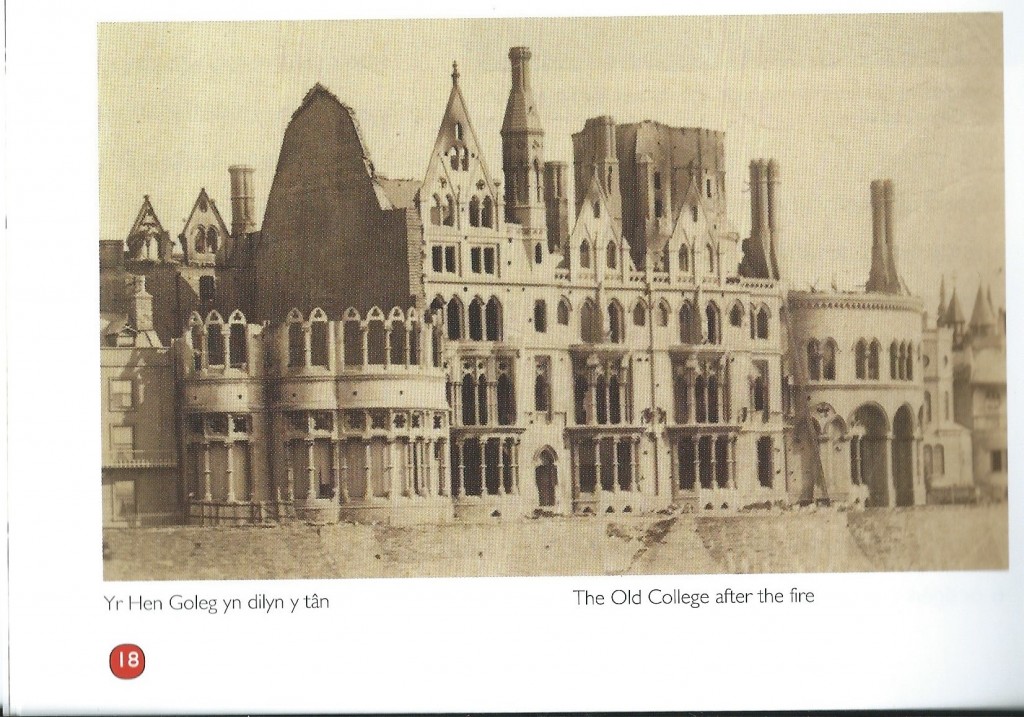 Old College after the fire of 1885. Reproduced in The Old College, by Elgan Philip Davies, Gomer, 2011

The repairs and rebuilding of the College after the fire were directed by Seddon but saw many economies and alterations in the roofscape. In 1894 a different architect Charles J Ferguson, with far less gothic leanings, was employed by the college, and was responsible for the much plainer central block, and for the solid and very slightly Queen Anne-style Alexandra Hall at the far end of the promenade.  The resulting apppearance of the Old College in the early 20th century is seen below, in an illustration in one of the many volumes of Photographic Albums of Aberystwyth and District which were produced annually by The Cambrian News, to meet tourist demand. 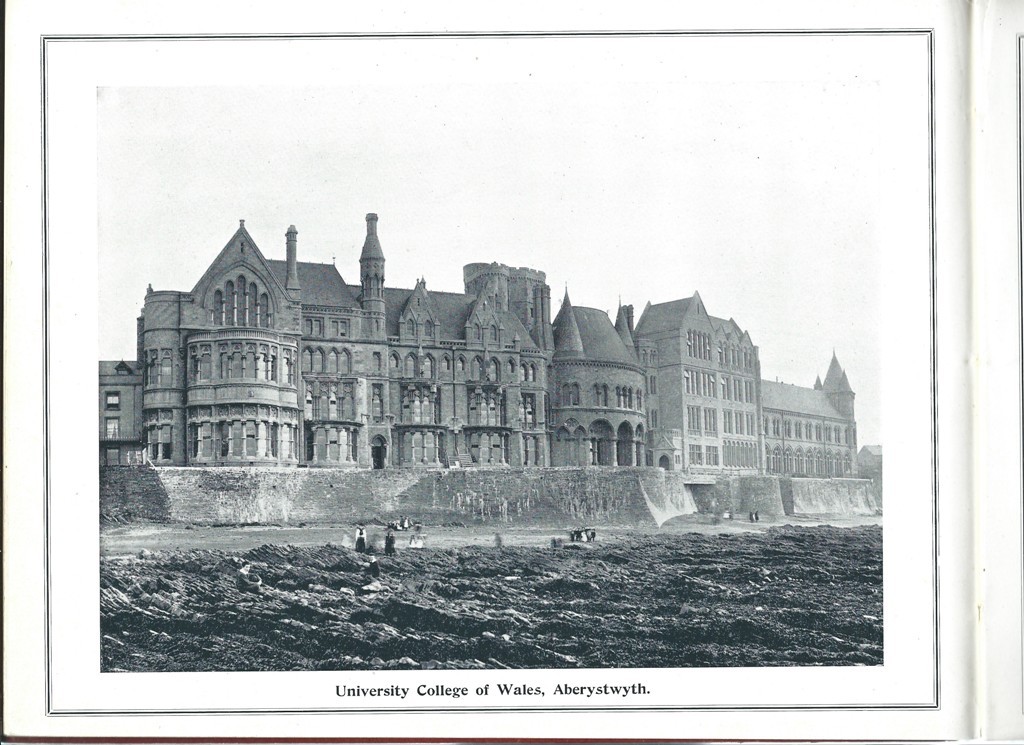