I’ve written about at least seven storms in the lifetime of this blog, but here we go again!  Storm Barra has devastated the prom, and perhaps most evocative has been a video posted on Facebook by Clare Jonsson.  Viewed from an upstairs window overlooking the area in front of the Marine Hotel we see huge waves breaking over the parked cars which bleat plaintively at each blow, their alarm lights flashing as they are inexorably shunted across the road and deposited at the inland side.  One shudders for the owners, who presumably overlooked the weather forecasts on Tuesday afternoon. 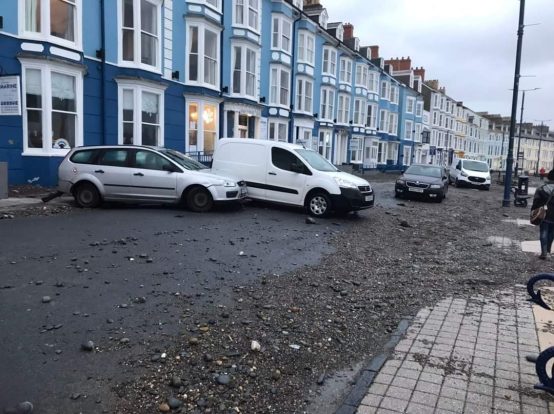 Cars scattered by the sea, photographed on Wednesday morning.  Posted on Facebook by Aberystwyth Town Centre and Justin Carroll

Many people’s thoughts turned to the homeless man who customarily sleeps on the landward side of the Victorian shelter on the prom.  Apparently a kindly neighbour Kash Smith took him into her flat and rescued some, but not all of his possessions.  Other items including his mattress  could be seen on the bench in a turmoil of backwash while daylight shows that the southern end of the shelter has been broken through, its long bench stranded on the paving. 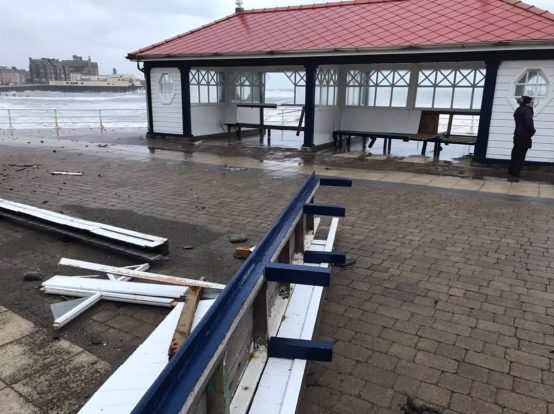 The shelter, which is a Cadw listed structure, was meticulously restored in 2014 after the January storm ripped it apart and a huge hole, remnant of the earlier bathhouse on the site, opened up beneath it. It survived Storm Frank in 2015 and Storm Ophelia in 2017 , Storm Ciara and Storm Dennis in 2020 and the many lesser storms which brought loads of sand up onto the prom.    But last night’s damage is far more reminiscent of the storm of 3 January 2014.  Big sill stones at the edge of the prom have been lifted up and slid across the paving, and large tracts of smaller slabs behind them have been lifted away.  Flower beds have been demolished.  Once again a big clear up will be needed. 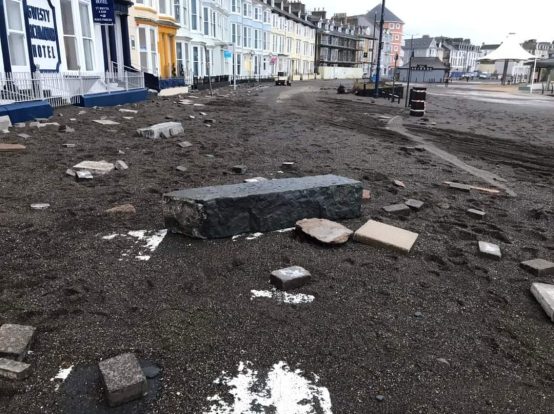 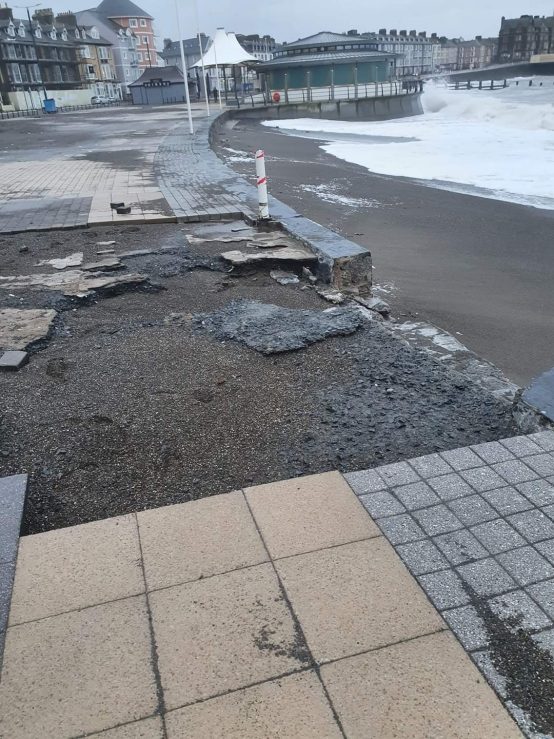 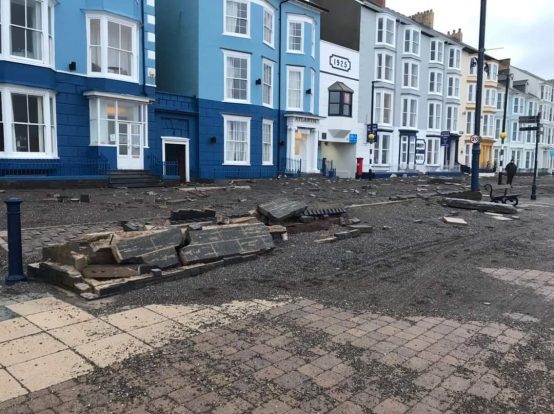 I have yet to visit my other favourite haunt, Tanybwlch Beach, to see what changes have been wrought by Storm Barra.  The huge retaining wall on the river side of the car park has been dangling dangerously since Storm Ciara hit on 9 February 2020, creating a great void behind it which has been roughly covered with fencing material, but growing larger ever since. 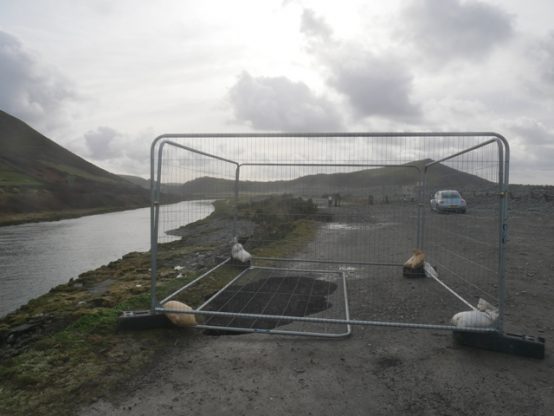 And each year recently the sea has managed to breach over the shingle bank towards the southern end and flood the low lying fields below the mansion. As sea levels rise this area of farmland, former site of the Aberystwyth Show and once the prospective Aberystwyth Airport is likely to revert to permanent marshland. 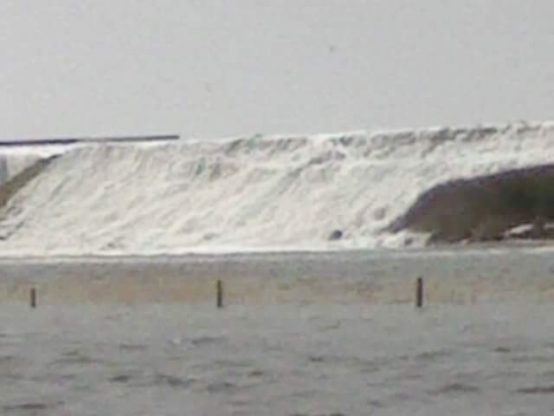 The sea poured over the Tanybwlch shingle strand during Storm Dennis 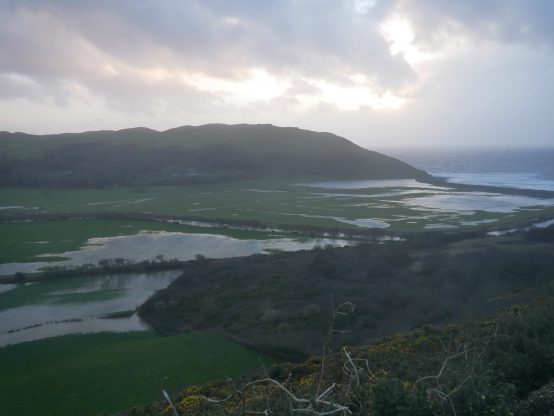 4 thoughts on “Storm Barra rips up the promenade again”