A few years ago I was lucky to view the interior of one of the finest houses on the Tenby seafront, no 1 Lexden Terrace, a Grade II* listed building which was, at the time, the home of Mrs Marion Hutton. 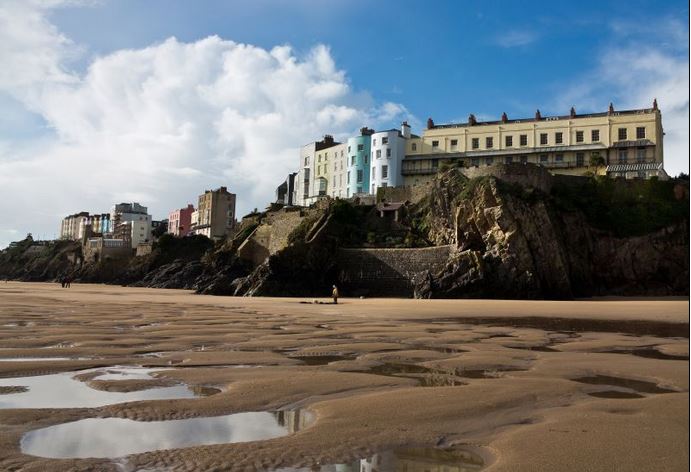 Six house make up Lexden Terrace, overlooking the sands at Tenby. No 1 is at the right.

The five storey house was a treasure trove of antiques and objets collected in her lifetime, but my particular attention was drawn to a fire surround, made of polished black stone ornamented with white fossils.  This and much else of the interior dates back to the 1840s when sea captain John Rees of Tenby, enriched by his trading activities in the Chinese Opium Wars, built not one but five handsome houses set on an outcrop above Castle Sands.  Number 1 was his home, while numbers 2-5 were then, as they are today, upmarket holiday lets. 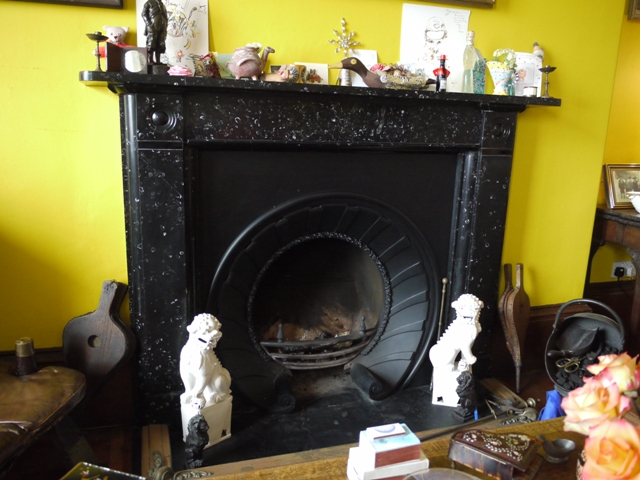 The stone probably came from the Pwll Quarry, just inland from Pendine.  Leslie Baker Jones ( Trans Carms. Antiquarian Soc. 1971)  has written about the monumental mason, Tom Morris of Pendine, who lived  1804 -1886, and whose career with Messrs Rogers, Marble Masons of Tenby involved the manufacture of funeral slabs, mantelpieces, tables and other domestic adornments. Morris felt Pwll Quarry yielded the best Snowdrop Marble, as it was called, though there were other nearby sources exploited in the 19th century, at Carew Newton to the the west and at Llanddarog and Llangynderyn, to the north east of Kidwelly.

A detail of the over mantel. Where the internal structure of the brachiopod is cut through showing the forked spondylium, the resemblance to a snowdrop bloom is strongest.

This distinctive stone occurs only locally and is of Carboniferous age, and was variously marketed as Black and White marble, Snowdrop marble, and as Welsh Black ( the last perhaps describing layers less rich in the distinctive fossils).  In St Mary’s Church, Tenby we found examples on grave slabs going back as far as 1788.

In the great outdoors it has fared less well, for the acidity in the rain has destroyed the polish, such that the fossils are only clearly visible when wet. At Manordeifi Church, Llechryd it is easy to overlook a massive inscribed slab, cramped in a vertical setting within a sheltering arch of masonry.  Shelter has done it little good, but close inspection shows the speckled appearance to be due to the mass of “snowdrops” or rather brachiopods in the stone. 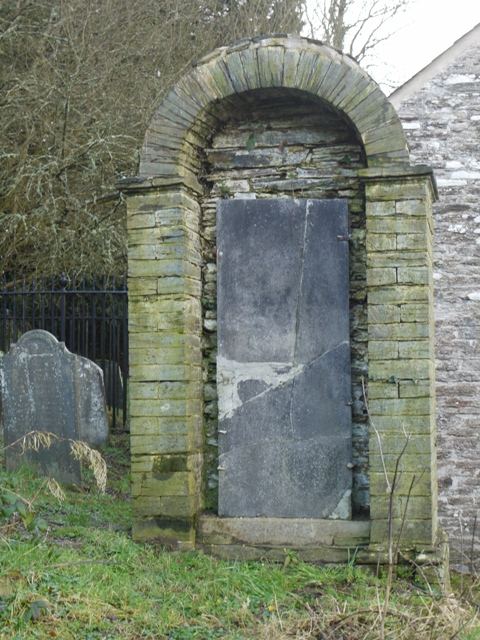 Another grave, at St Florence, Pembrokeshire was once highly ornamental, but its richly fossiliferous appearance and colour contrast are lost without the polish. 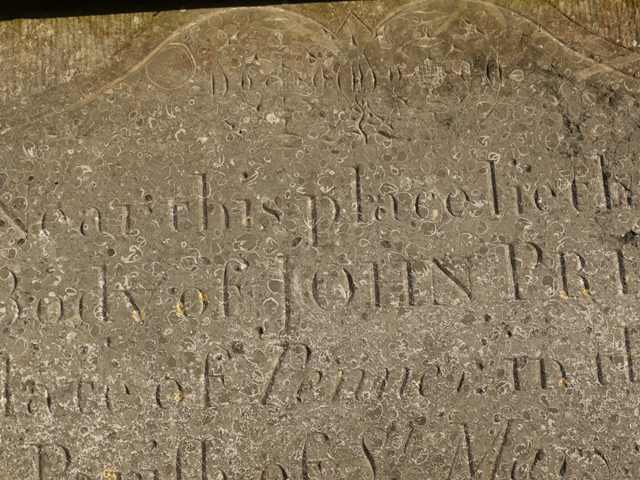 A detail of a gravestone at St Florence, Pembs, in snowdrop marble

And at St Mary’s Church, Kidwelly we found another example, in a memorial set into the church wall, showing the characteristic scattering of shells. 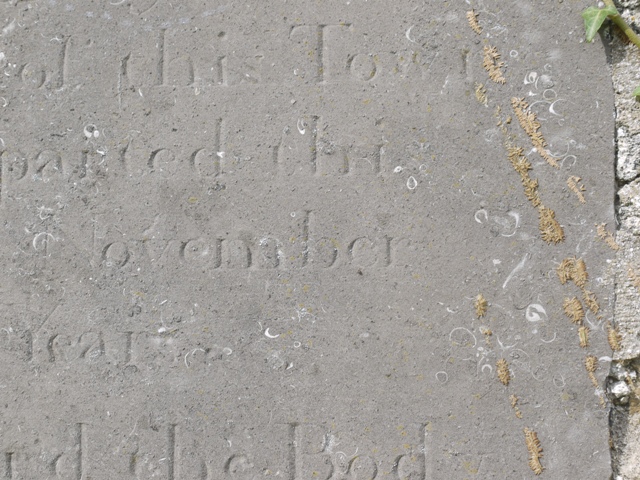 These slabs, when new and highly polished must have stood out in the graveyards much as  the impermeable Indian black granite memorials do today among the less showy slate and stone.  Only indoors can snowdrop marble survive the ravages of time.  As a material for a modern worktop Snowdrop Marble would be beautiful, but it would be vulnerable to etching by lemon juice or vinegar in the kitchen.  Nonetheless it is a pity that  this distinctive Welsh stone is no longer produced for ornamental purposes.

Coming next:  Halkyn Marble, another distinctive Welsh marble from the north!