I mentioned in my last blog the cutting-edge luxury of the former Queen’s Hotel on the northern end of the promenade.  Opened on the newly extended promenade in 1866 its grand bedrooms offered hot and cold running water, – both fresh and salt –  allowing the guests to enjoy the advantages of sea immersion in the comfort and privacy of their rooms.  It was an extravagantly fashionable building, blending the traditional grey local stone with imported sandstone window dressings, and topped off with a frenchified mansard roof pierced by attic dormers.  The building rises from a basement to four storeys, even a fifth storey at the corner tower, and the observant passerby can find ornamental assemblages of minerals set in panels in the stonework beneath the ground floor windows on three sides of the building. It was designed by the London architects C.F. Hayward and H.D. Davies. 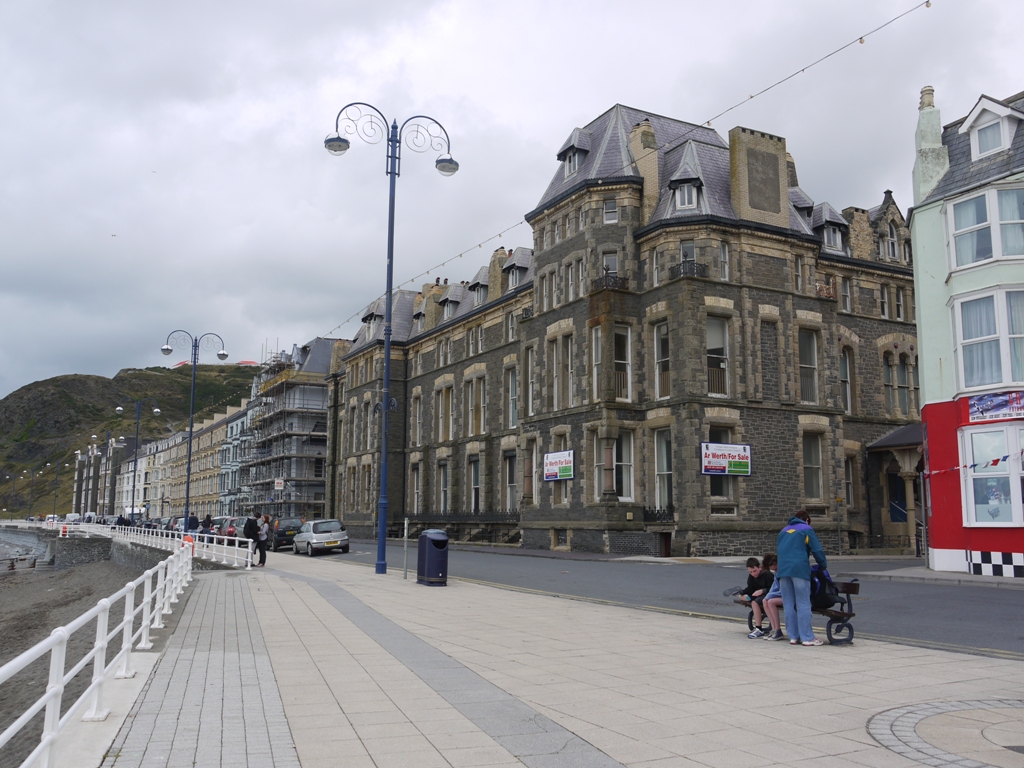 The Queen’s Hotel, forlorn and for sale 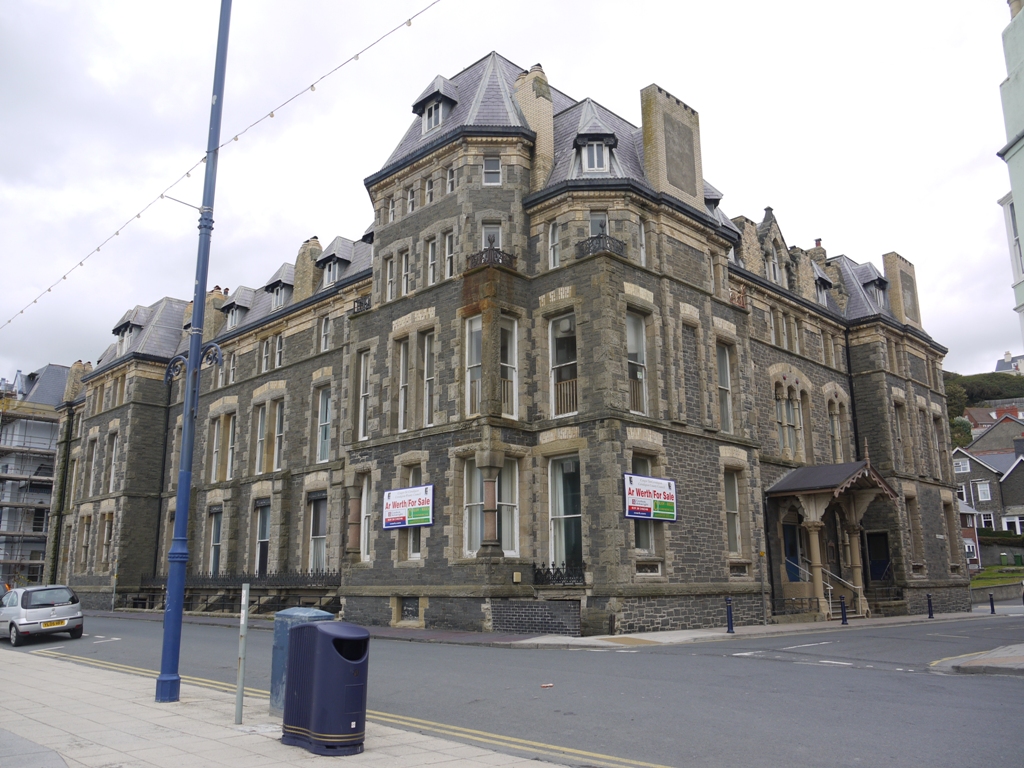 The business was not very successful and sold by its proprietor in 1877.  However it continued as a hotel and in 1910 an advertising pamphlet emphasized the ‘package deals’ of train fare and accommodation, which could be purchased from Great Western Railway stations in low season.   The particulars of a Contents Sales in 1914 show that it was then richly furnished with lots of high Victorian mahogany furniture, jardinieres and bronze marble-topped tables.  It remained in service as a hotel with 100 bedrooms and a dining room seating 180 until requisitioned in World War II.  In 1950 a five day sale disposed of the entire contents of the hotel and nearby stabling.    The empty building was acquired for ‘Swyddfa’r Sir’ the County Offices, and  in the past decades it has housed many departments including the Police Station, the Registry Office, and the Ceredigion County Archive.  One by one these functions have moved away, the first two to purpose-built palaces on St Brieuc Avenue, the County Archive to a restored and renewed Town Hall.  Empty and forlorn for the last couple of years, the Queen’s had a brief starring role as a location for the TV drama Hinterland.  A case of art imitating life:  the old building was cast as the Police Station!

After 18 months on the market for £1 million the building has attracted no buyers, and will be auctioned in London by Allsop’s on 18 September.  Startlingly at a time when £275,000 is the price for a one-roomed house with bed shelf in Islington, a mere £250,000 is the guide price for this gigantic Victorian hulk on our seafront!  The stately old building is Lot 171 amongst a national assortment of 285 frankly rather ordinary houses and flats.     It is, at least, expected to raise more money than Lot 236, a bankrupt guest house in Rhyl.   Aberystwyth waits anxiously to learn who the next owner will be.

For more on the Queen’s Hotel see Helen Palmer’s informative blog on https://archifdyceredigionarchives.wordpress.com/2014/09/05/memories-lost-and-found-swyddfar-sir-and-ceredigion-archives/ 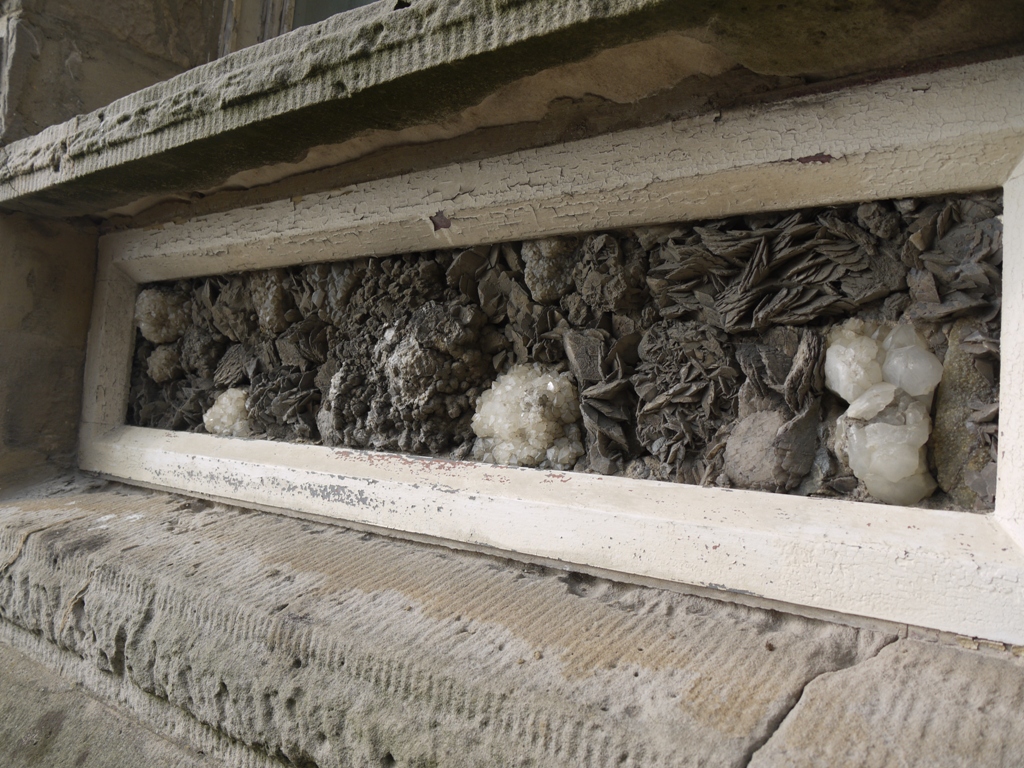 A geological panel below a window on the Queen’s Hotel 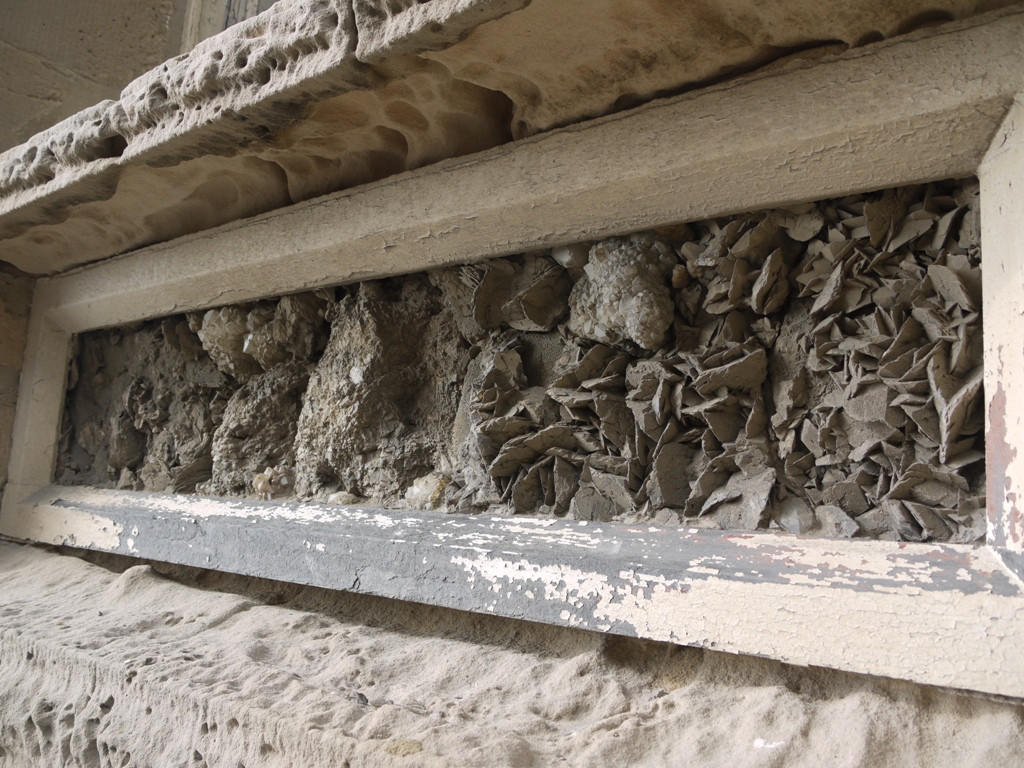 Another geological panel below a window on the Queen’s Hotel 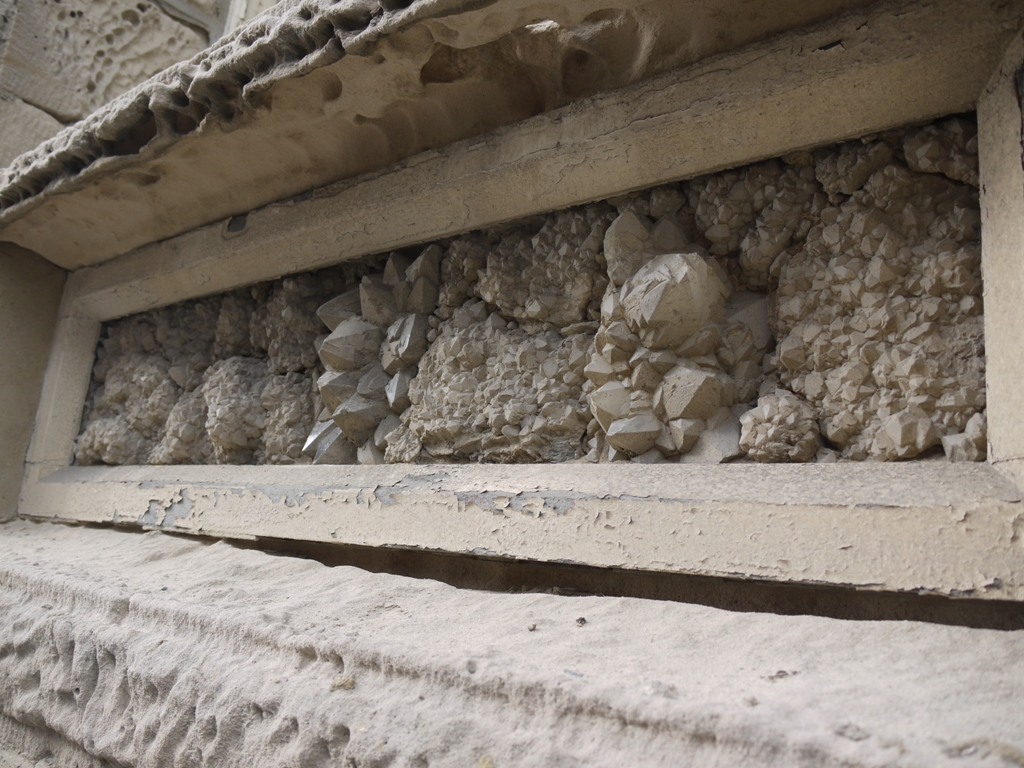