The Tanybwlch Dragon has moved several hundred yards along the beach during last Saturday’s high seas.  Once again it has beached itself gazing out to sea, its lower jaw a little more abraded, but its eager expression is now almost as convincing from the left flank as from the right. 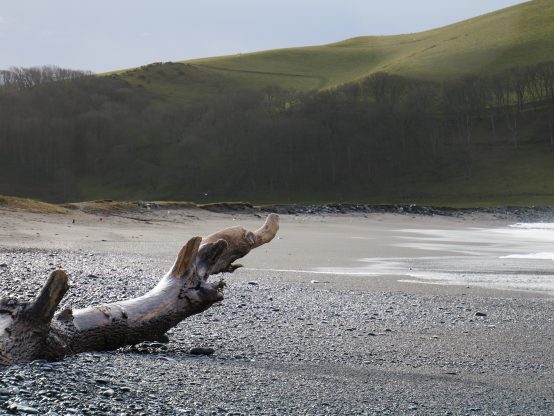 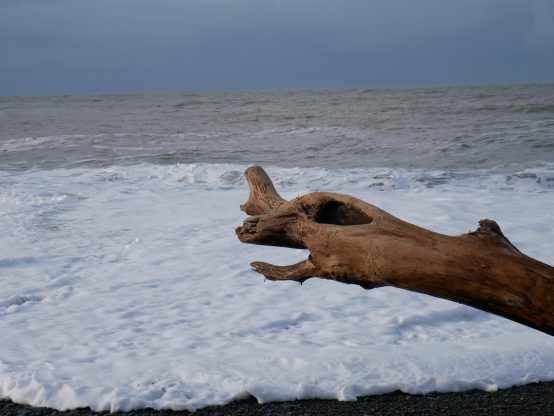 Seas have been breaking over the stony strand which separates the beach from the low lying Tanybwlch flats, the location of summer trotting races, and formerly, of the Aberystwyth Show.   Once more a huge pool has formed below Alltwen, beloved of gulls and waders. 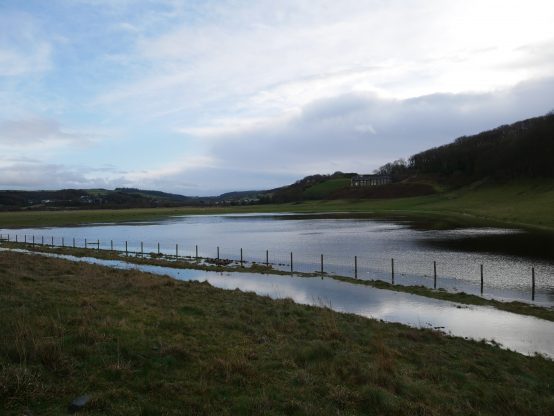 The brackish pool on Tanybwlch flats

Over the years there have been a number of efforts to drain this area and return it to pasture, but this seems to be a losing battle and each winter the lake forms again, and as it drains away rushes prosper at the expense of grass.  It is highly likely that we will see the day when the sea breaks through the pebble bar and our walks along this wild beach will be curtailed part way along. 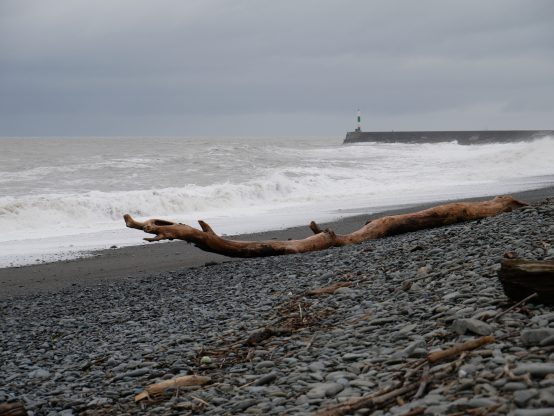 The Dragon has migrated along Tanybwlch beach

The strand line was not as free from human debris as when I commented two weeks ago, but as with the comments from my reader about the Gower, fragments of netting and other fisherman’s waste were far more abundant than household plastic.  The white lumps on the strand line were not polystyrene but cuttlefish bone, and the fluffy froth just natural sea spume. 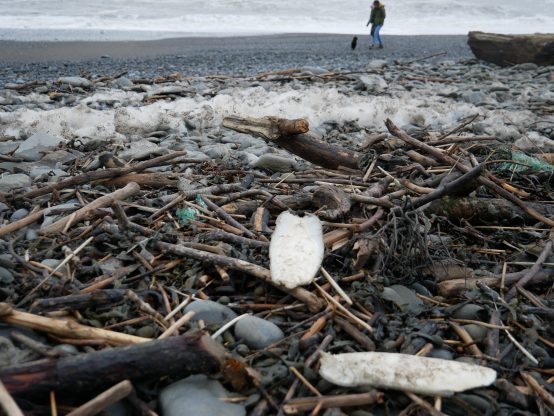 Cuttlefish on the strandline at Tanybwlch beach

1 thought on “Dragon on the move”