by the Curious Scribbler.

The diggers are out again.  You will find them at the corner of Penglais Hill and Waun Fawr where tall pines and dense undergrowth filled the corner space which screens Cwrt Mawr from the road.  They are having a lovely time. 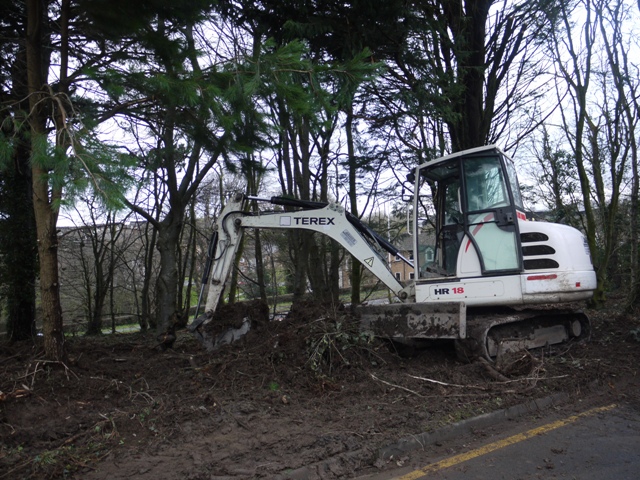 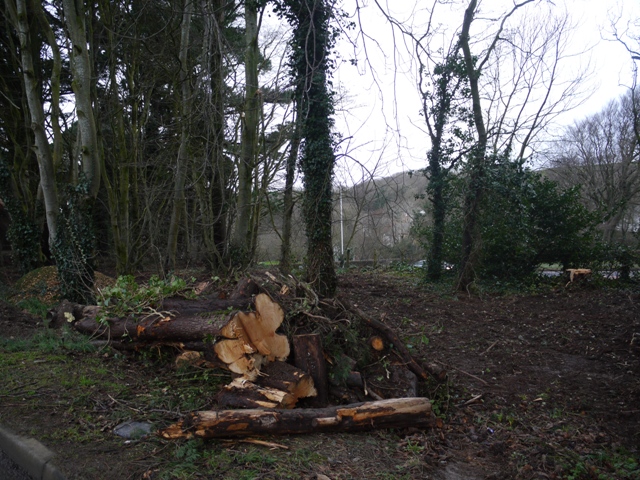 Trees, some fallen and others not, have been removed

It seems that the objective is to create a clear view through the boles of the pines to the Student Village opposite.  And of course to enhance the non stop drone of vehicles climbing the hill. 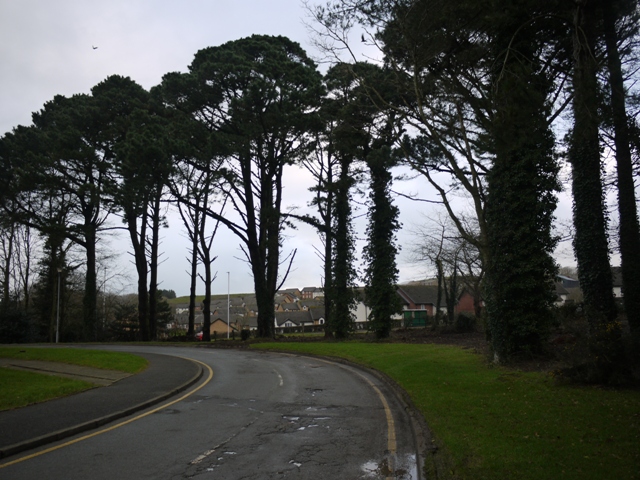 The road skirting Cwrt Mawr on the campus

A vast area of churned mud has been created, with heavy machinery compacting and scraping away at the waterlogged soil covering the shallow roots of the big pines.  The pines are important as  home to a rookery, and the undergrowth which was formerly a haven for various wildlife is all scraped up into piles beneath the trees. 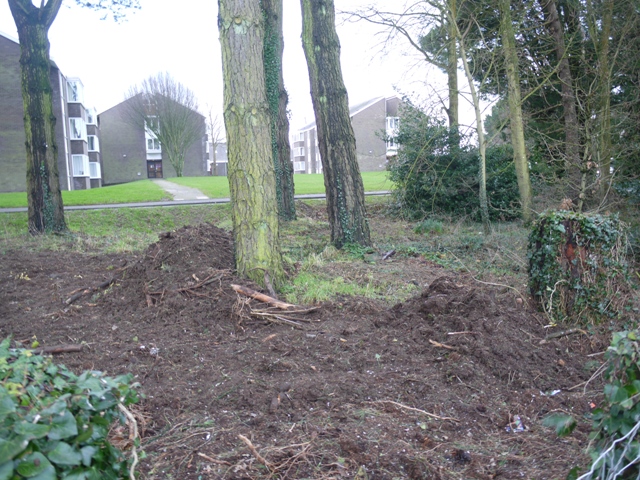 Topsoil scraped up amongst the trees 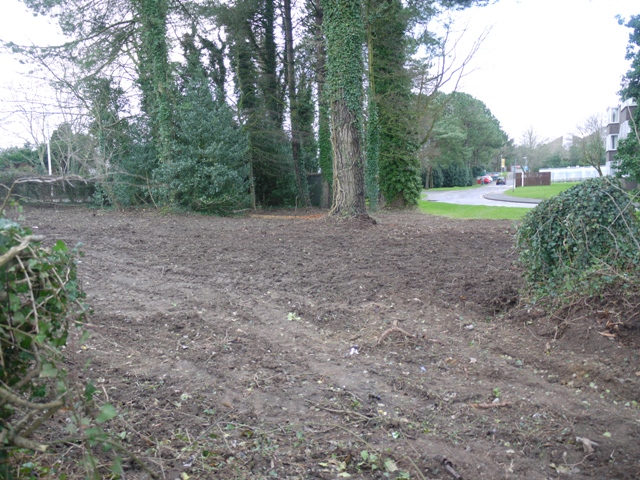 A sea of mud 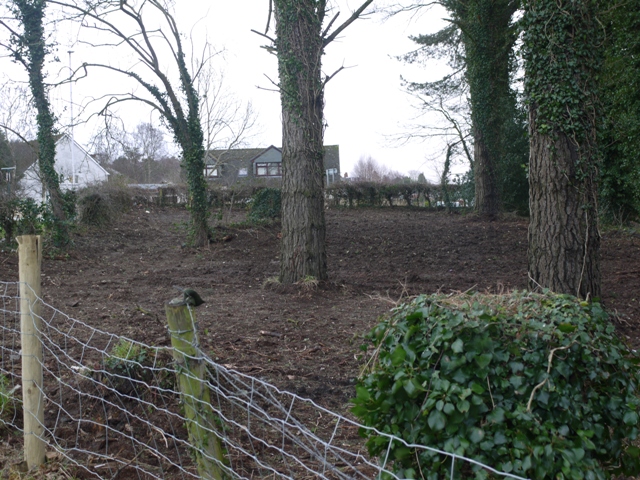 The view from the layby on Penglais Hill

Thus a woodland understorey has been destroyed, and we must assume will be followed by a sprinkling of the only herbage favoured by the present administration – a monoculture of grass.

Now there are those who like things ‘tidy’.  And in their brick bungalow with a tarred parking space and a  sheet of mown grass there are many exemplars of this style of gardening in Ceredigion.  That is a personal choice. But Aberystwyth University is not a three-bed bungalow, and its denizens include leading ecologists, foresters, plant scientists, ornithologists, mammologists, entomologists, social geographers.  Many of them care deeply about the campus.  Back in earlier times the appearance of the campus reflected the commitment of its many and highly respected academics.  Believe it or not Penglais Campus featured in 1980 in Arthur Hellyer’s book Gardens of Genius  as an exemplar of coastal gardening, alongside Tresco and Inverewe!  Many influential names are still remembered,  Professors Lily Newton, Professor P.F. Wareing, Curator Basil Fox (formerly of the Royal Botanic Garden, Edinburgh), head gardeners John Corfield and Joy Harris.

Today’s academics are no less enthusiastic about the campus and it was encouraging to learn in November that several representatives from IBERS and from the Welsh Historic Gardens Trust had been co-opted onto a new advisory committee which would oversee a new Conservation Management Plan for the campus.

Unfortunately I understand that commenting on current work such as this does not fall within the remit of this committee, the work is viewed by the University as “maintenance”.  There have been a series of such scorched-earth maintenance activities in the last few months.  Today I also revisited the vast cleared bank below the Hugh Owen Building.  Here roots and and stones project from an unmow-able re-seeded slope, and nearer the path is the scruffy tangle of the last years’ wildflower planting, in which plantain and ox eye daisy now predominate. 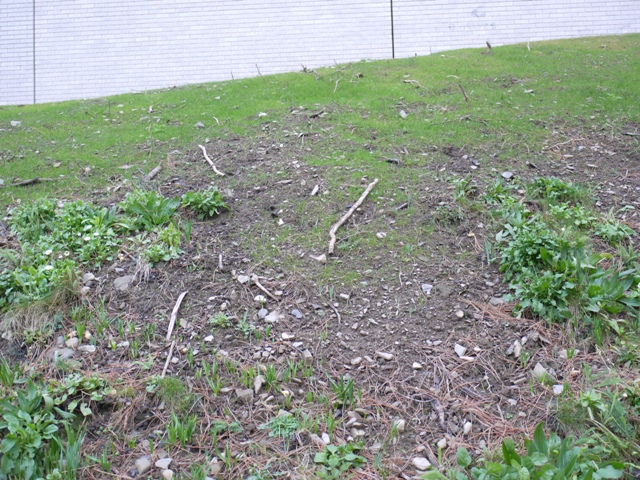 The re-seeded bank, and ‘wildflower planting’  below the Hugh Owen library

Nearer the entrance the new laid turf is yellowing as a result the incautious administration of weedkiller to the bark mulch adjoining it. 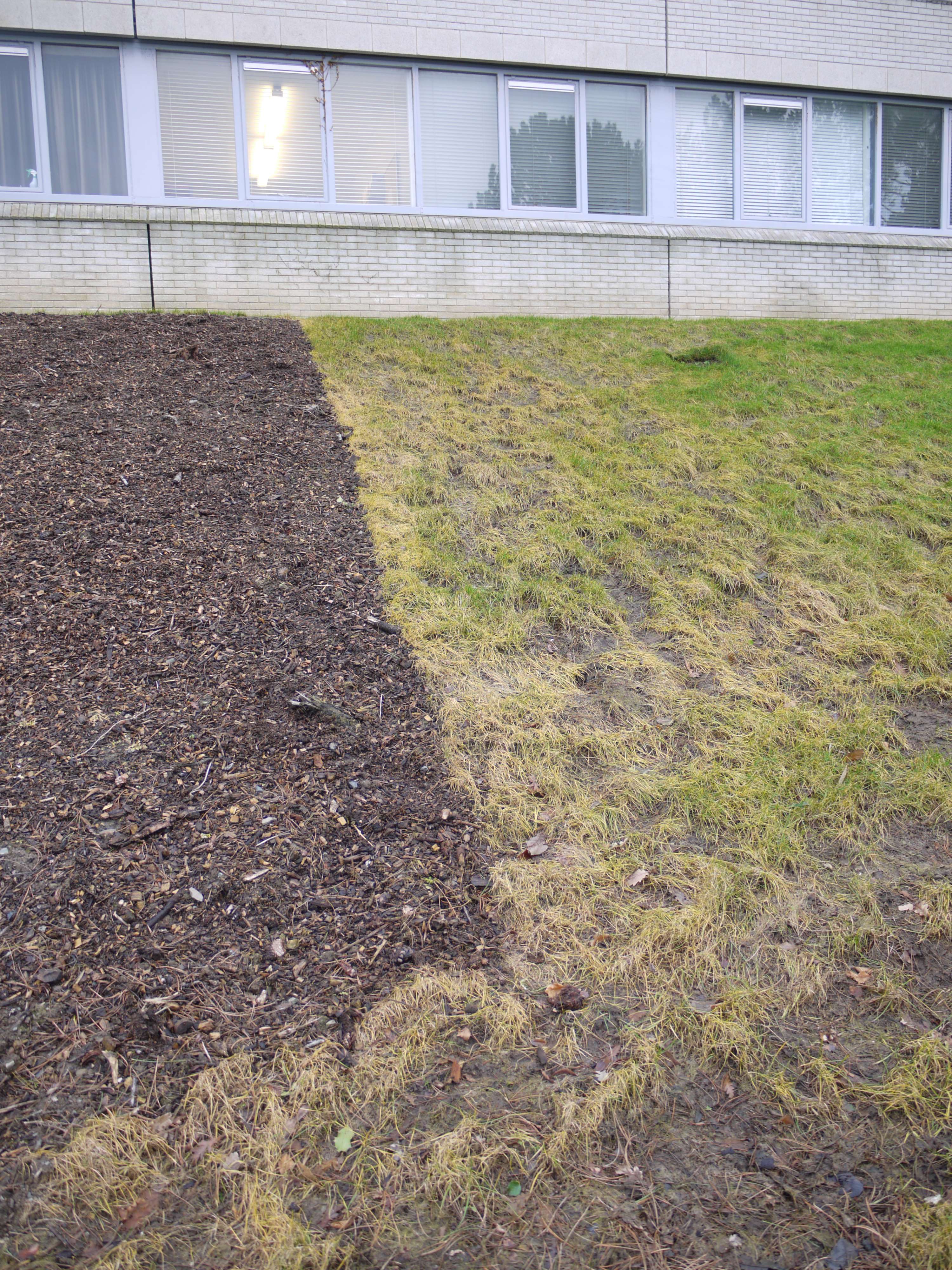 Below the Hugh Owen building.. new turf killed by weedkiller directed at the adjoining bark mulch

It is important to recollect what we have lost, and to hastily rediscover the expertise to create a low maintenance beautiful garden on a slope.  As the Estates Department is already discovering, the new look is far from pristine, and will get a lot worse before, if ever, it gets better. 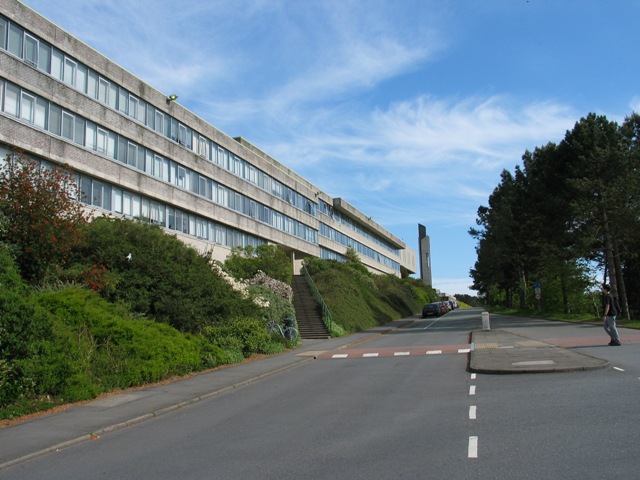 The Hugh Owen building in its majestic setting in 2003

The new look created in October 2017 is proving hard to maintain, even under grass and bark.

3 thoughts on “Diggers and despair on the Penglais Campus”