When I wrote on 4 November of the ferocious storm which tore up pavings on the promenade it seemed an exceptional occurence.  But the combined high winds and spring tides of Friday 3 January have demoted that earlier storm to the merest footnote. Yesterday it seemed the whole of Aberystwyth was out upon the promenade, viewing the devastation. 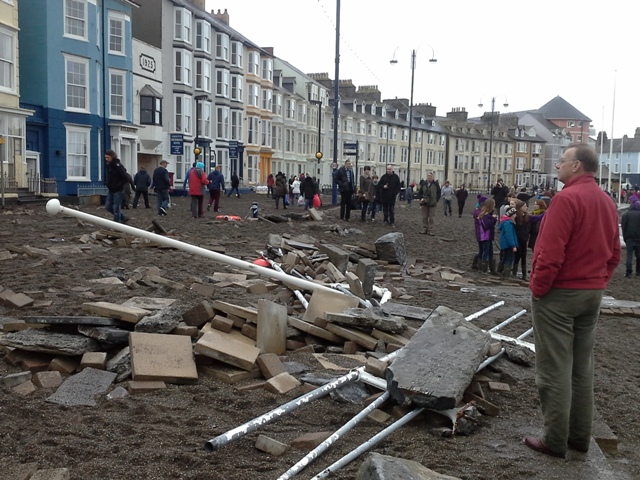 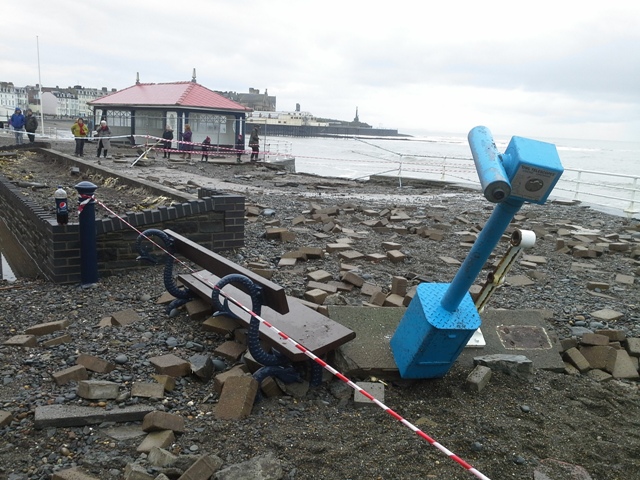 The telescope, still attached to its huge coping stone, stands awry amongst the displaced paviours and sand

As with the last storm the most violent damage was wreaked in the area opposite the Marine Hotel with great areas of ornamental paving and setts tossed like lego bricks amongst the invading beach sand.  Impressively the sprouting spring bulbs in the seaside planters hung bravely on by the roots, their pale green leaf shoots suddenly exposed by the seceding waves.  Long stretches of the familiar white railings however, were gone. A little further south the Victorian timber shelter seemed, at first glance to have escaped lightly, with just some splintering to its pitch pine frame.  It stands on a man made drum shaped piece of sea wall, which perhaps deflected the waves upwards.  But closer inspection revealed a sinister hole in the paving between it and the sea. 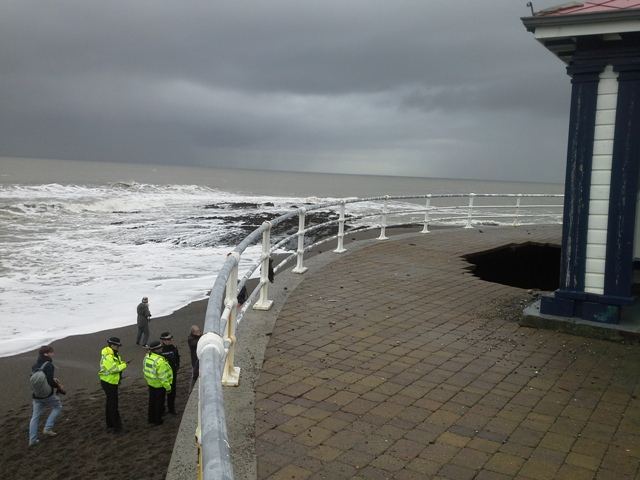 Viewed from the beach, it became clear that the sea had excavated a cave into the void beneath the shelter.  A group of police assembled as the tide receded, to prevent risky exploration beneath the hole in the roof.  I am told this promentory was once the site of tha Aberystwyth gallows. Another bystander said there had formerly been changing rooms accessible from the sands below the shelter. 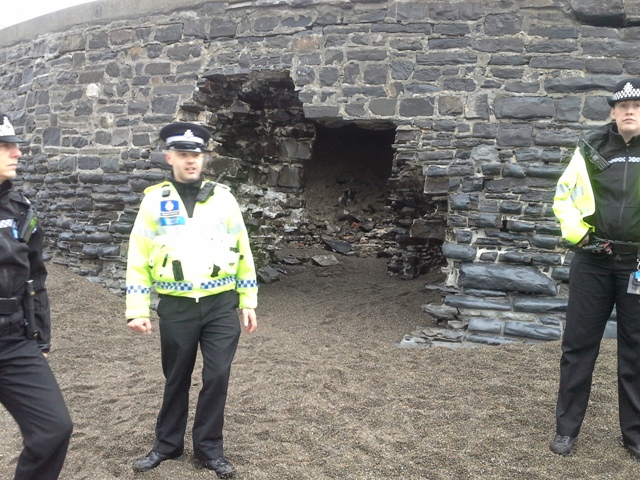 A sea cave excavated beneath the public shelter

Further towards the pier, the railings of the paddling pool had been felled as a single entity, and deep beach sand extended right across the road. 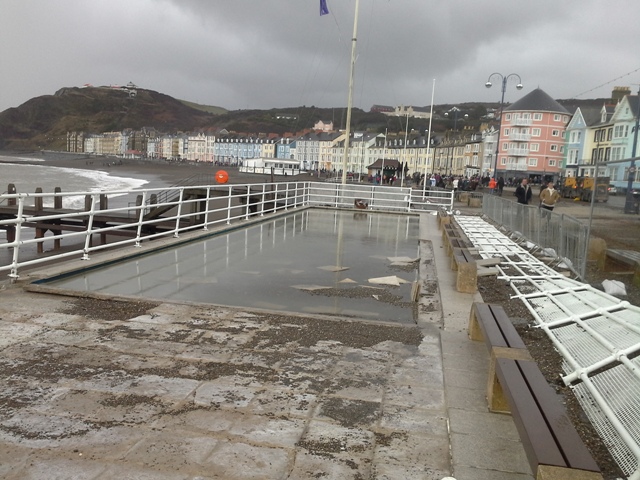 Even where the land level rises at the south end of the promenade the suction of the waves had neatly removed individual or small areas of the ornamental setts with which the prom was refurbished some years ago. 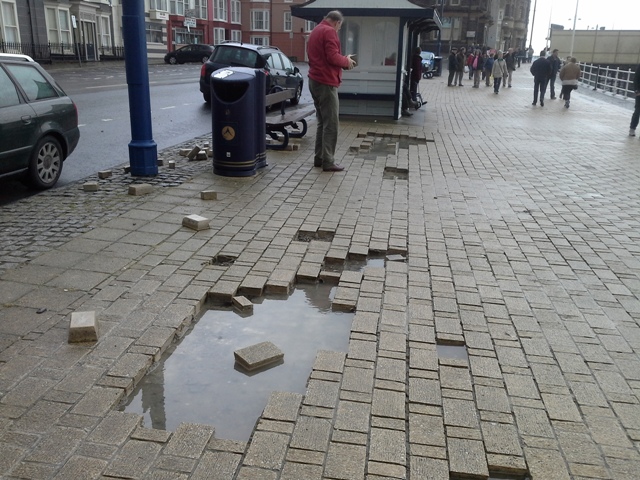 Paving lifted by the force of the sea

This surely will be remembered as the great Aberystwyth storm, – depending on the next one, which they say will be along tomorrow….