Some remarkable people turn up in Ceredigion from the wider world.  Two such were Nicholas Luard and his wife Elisabeth, who came to Brynmerheryn, an oddly handsome house set in some 100 acres high above Tregaron Bog.   The house already had an eccentric history as the home of Monica Rawlins, friend and former student of the artist Augustus John, who bought it in the 1940s. 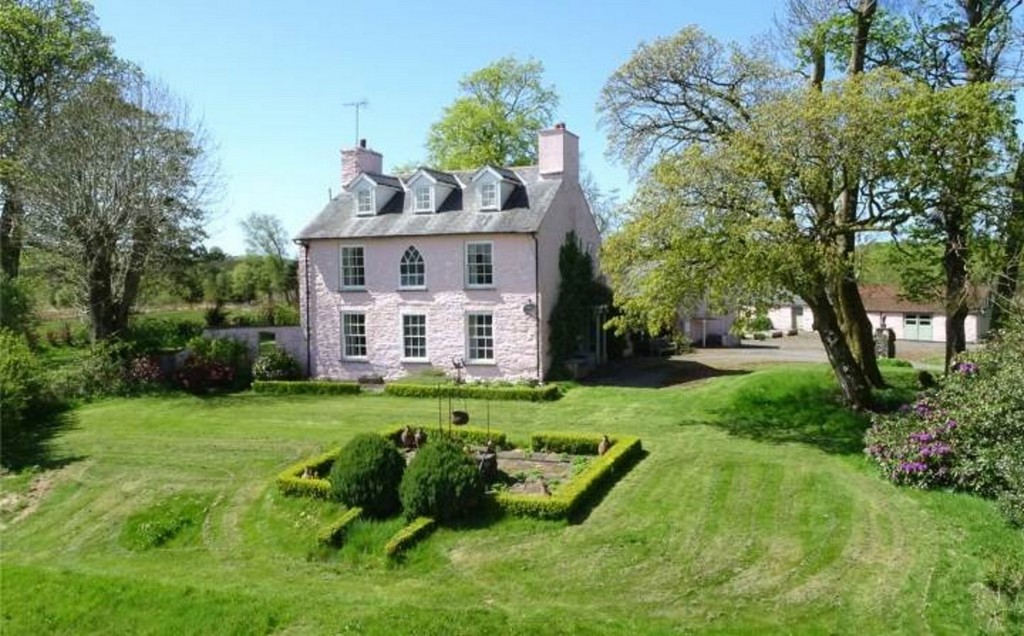 Nicholas Luard was a notable figure in the irreverent 1960s,  a new Cambridge graduate,  founder of Private Eye, and co-owner with Peter Cook of The Establishment Club in Soho, which launched the careers of so many distinguished members of Beyond the Fringe.  His subsequent career as writer, aspirant politician, philanderer, entrepreneur and alcoholic was more glamorous  than remunerative, and throughout all its permutations was shored up by the indefatigable industry of his wife Elisabeth, cookery writer, novelist, botanical illustrator,  and mother of his four children.  Her 2008 book, My Life as a Wife, gives a spirited account of these vicissitudes, never tarnished by a trace of the fashionable self pity of so many modern memoires.

It was Nicholas’ charm and charisma which eventually brought them to Wales in 1992, when he was left Brynmerheryn in Monica Rawlins’ will.  Understandably eyebrows were raised locally at this bequest, for Monica was not, as is often said, his godmother, but the godmother of another Elizabeth, a girlfriend of his undergraduate days, who had taken him to visit her.  With a talent for people, Nicholas kept in touch with Monica during the following 40 years, and no doubt she felt that the house deserved them. Monica herself was a distinctive character, whose diaries, much preoccupied with eugenics in her goose farming activities and with visits from her nephew,  were recently adapted by Bethan Roberts for the Radio 4 drama Writing the Century: The View from the Windows. Monica’s voice though, seems to have had a more plaintive tone.  Elisabeth Luard rises gutsily to every challenge.

The latest is to leave Brynmerheryn and its accumulated memories.  Nicholas died in 2004, and she is now leaving for a much smaller home in London, nearer to her children, and to the media opportunities her foodie expertise still commands. 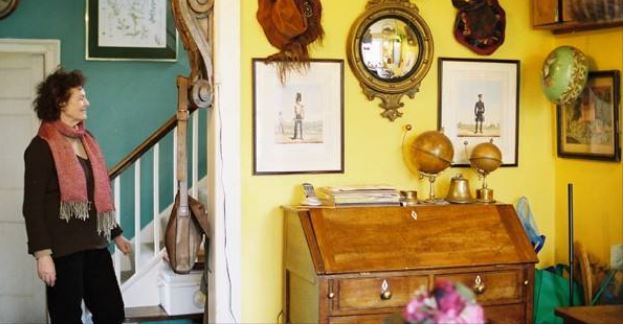 Elisabeth Luard amongst some of  her possessions 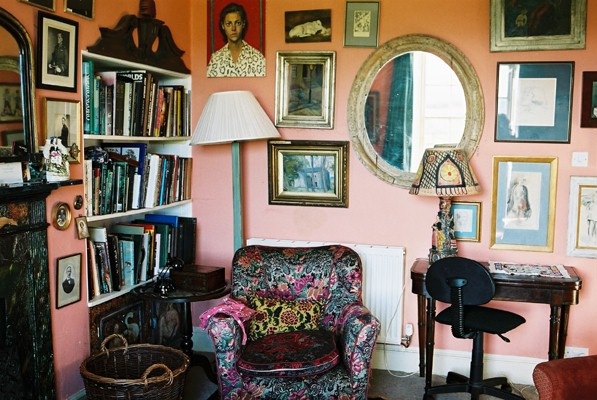 On Saturday 22 April there will be a sort of jumble sale at Brynmerheryn,  to disperse the accumulations of Luard and Rawlins aquisitions over the past century and more. Elisabeth writes “It ranges from elegant clothing from the 1890’s through crockery from Syston Park near Bath where Monica grew up, woodcut blocks, linen, Welsh blankets, patchwork and items from the house including artists’ materials and children’s books from the 1900’s right through to my own wardrobe from the 1960’s and  pots, pans, crockery and glassware that I can’t take with me to my new abode.”

There may even be a few bits of Hafod mansion, (for in Monica’s day almost everyone of note in the area  got a souvenir or two as the old mansion was stripped).  I do recollect a rather battered ornate gilded pelmet board above one window, and two massive carved oak consoles ( tall corbels) incongruous with the rest of the decor,  but these of course are fixtures and fittings and will doubtless go to the new owners, who I hope will relish the layers of character of their new home. 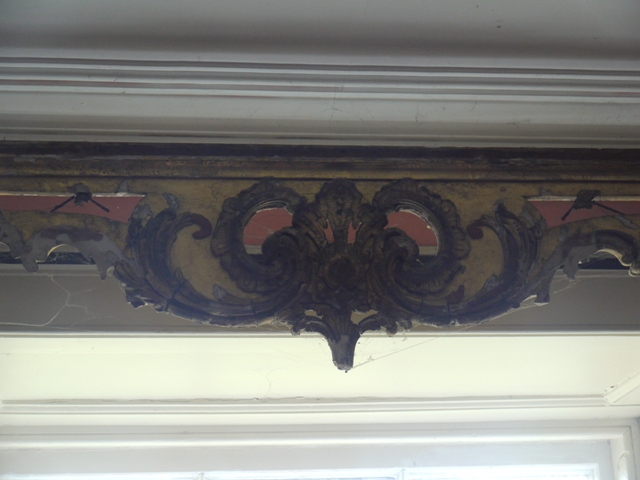 Carved and gilded pelmet board, possibly originally made for Hafod 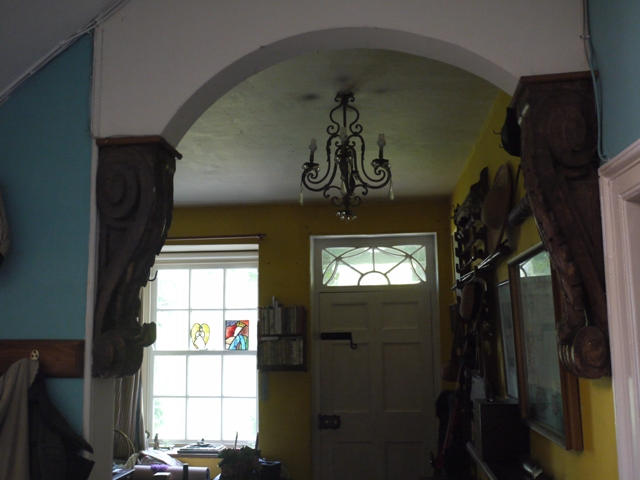 Massive carved consoles support a modern archway in the hall

I shall be sorry not to be there, but am already committed to the Ceredigion Local History Forum, whose spring meeting on  Mansions & their Estates in Ceredigion occurs on the same day. 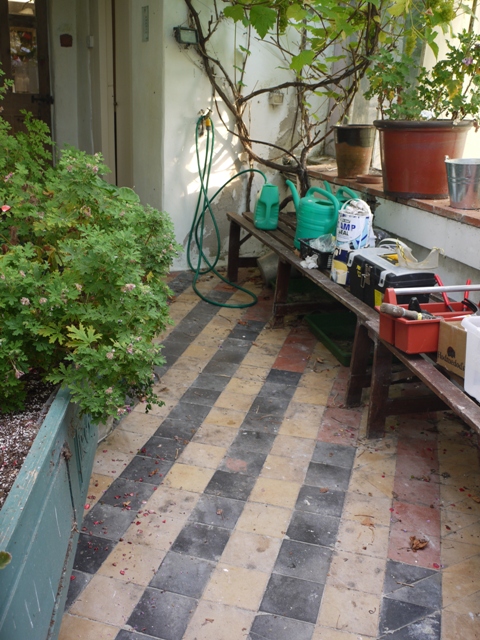 I’m sure there will be some nice flowerpots and things