Not far up the road from Gwynfryn,  birthplace of our forgotten author Dorothea Jones is an area of wooded, rising ground overlooking the Dyfi estuary.  In Dora’s day it would have been predominantly scrubby oak woodland,  – the Sessile oak, Quercus petraea which clothes the Cardiganshire hills.  At its feet, the low lying land towards the estuary was pasture, for in the early 19th century much of the salt marsh had been drained by a system of dykes and embankments. Today the surviving salt marsh habitat is best seen in the ribbon of land cut off by the railway line which snakes northwards from Aberystwyth to Machynlleth, and through mid Wales to Shrewsbury and the wider world.

This high ground woodland had long been part of the lands of the Pryses of Gogerddan and was known as Parc Bodvage, later Lodge Park.  In 1637 a lease of Park Bodvage granted  by Richard Pryse of Gogerddan reserved to himself and his heirs “the pasture of three horses, nags geldings or mares at all times during the said terme within the said parke, and common of pasture for his and their deare [deer] within the said parke, with free access egresse and regresse thereunto to hunt course chase or kill the same at his or their pleasure…”  By the 19th century the deer were gone, but the Pryses remained indefatigable sportsmen and their game books in the National Library of Wales list the yield of the hunt.  In addition to foxes, otters and pine marten, rabbits and hares, the woodland and the marshes yielded pheasant, partridge, geese and duck in season, snipe, woodcock and even the odd corn crake.  In the 20th century, the family fortunes became extinct, and the estate broke up.  The Forestry Commission soon enrobed the high ground in conifers and the dwelling at the centre, which by 1800 had become a substantial gentleman’s residence was sold off with less than half its garden.  The pasture land became separate holdings with its former tenant farms.

It is through this divided patchwork of history that a group of Welsh Historic Gardens Trust  enthusiasts sought, last week, to unravel the traces of the original land-use, for Lodge Park is thought to have been the only medieval deerpark in the county. Like the many better known parks in England it is a lozenge shaped area of woodland grazing, around 100 acres in size, which had at its centre a lodge, a building used by the parkers in managing the deer and possibly as a place of refreshment when deer hunting became less of a larder activity and more of a gentleman’s sport.  Like other parks it retains on parts of its circumference the characteristic ditch and bank construction, which would originally have been topped by a palisade.  The ditch is on the inner side of the park, while the outer side of the bank is constructed of carefully placed vertical stones set into the earth bank, quite unlike the traditional herringbone arrangement of diagonal stones seen reinforcing field banks throughout the county. 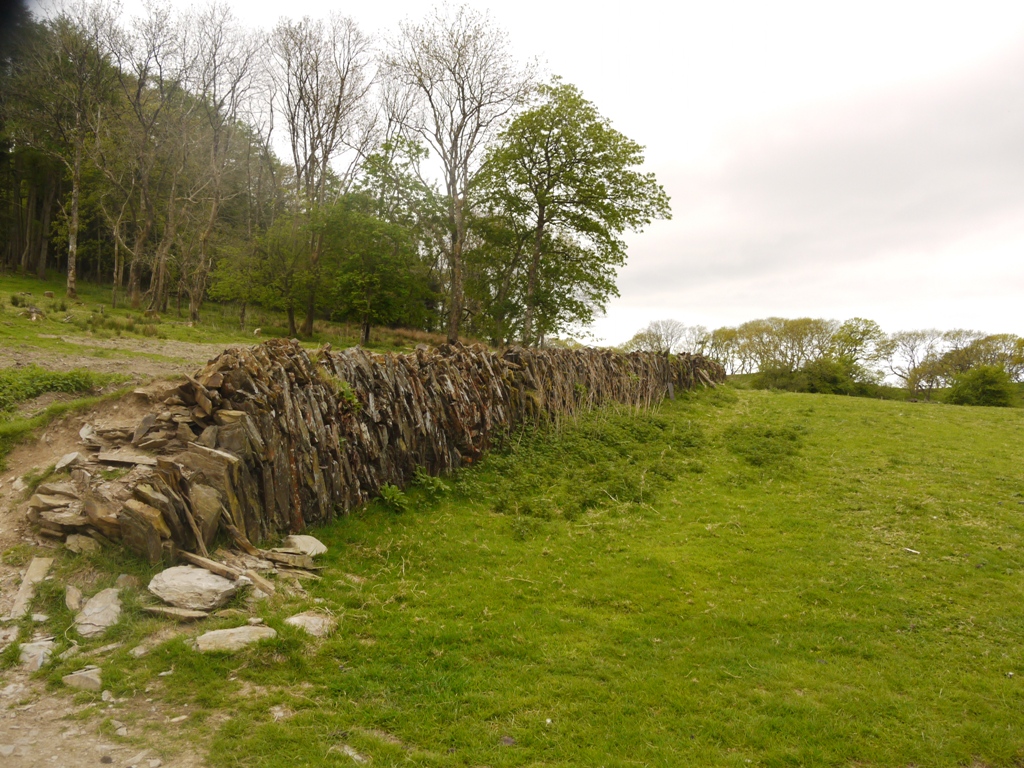 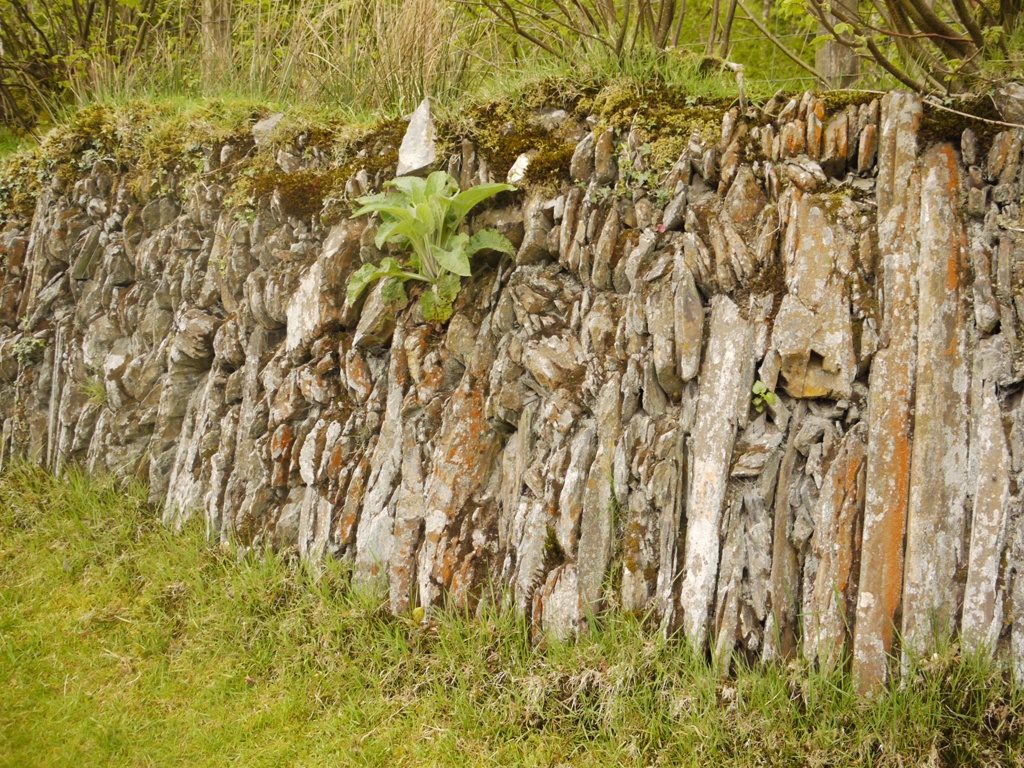 The park wall construction is distinctive

Some interesting people occupied the enlarged parker’s lodge in the 17th century.  This was the time of great mineral exploitation in the area and much of the British coinage of the time comes from Cardiganshire silver, minted at the Tower of London, and later at Aberystwyth Mint.  The leases of mining rights were granted by the Crown, first the Hugh Myddleton of Chirk Castle (1620-31), and later to Thomas Bushell (1637-42) and both men leased the house at Lodge Park from the Pryse landowners.  It must have been galling for the Pryses of Gogerddan to receive only their rent, while riches in lead and silver were extracted on behalf of the king.  Eventually Sir Carbery Pryse, 4th baronet, was influential in bringing to the statute book the Mines Royal Act of 1693.  Thereafter Cardiganshire experienced its own “gold rush” as landowners could exploit and profit from their lead and silver mines themselves. One of the great legends of the county is Sir Carbery’s ride, virtually non-stop and at a gallop from London to Gogerddan to bring the news home and commence the exploitation of his lands. Mining villages sprang up to meet the demand and a great influx of Cornish migrants brought their expertise from the tin mines of home.

Another legend perhaps arises from the hasty disappearance from Wales, during the Civil War, of the royalist mining engineer, Thomas Bushell.  Later he made peace with Oliver Cromwell, and also mined in England for the protectorate and for Charles II.  But his name remains linked in local folklore with a rock cut spring on the north flank of Lodge Park, “Bushell’s Well”.  Considering the number of mines which Bushell opened, driving adits into the hills and retrieving others from flooding, this seems a very slight structure to bear his name.  But in Bushell’s Well, the oral history goes, Bushell drowned a woman, variously a maid servant or his wife.   It is a tidy drinking place, cut into the living rock in the manner of a mine entrance, the clear water pooled by an 18 inch lip of rock at the entrance to the recess.  No one could drown in such a well unless they were held down in the water. 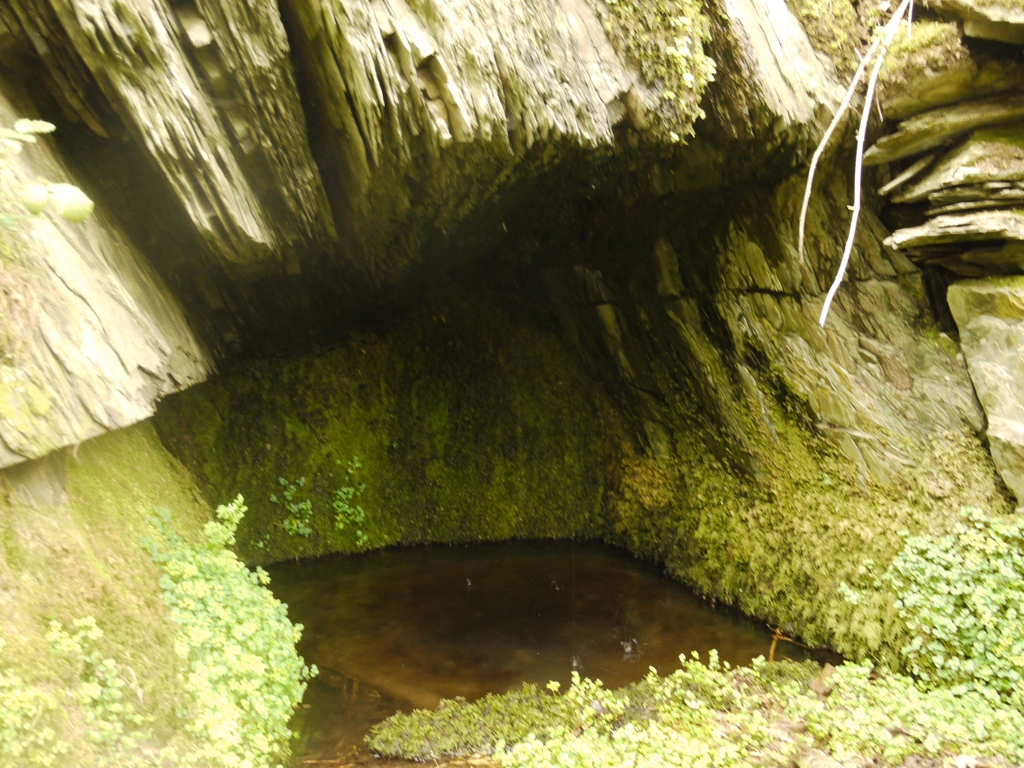 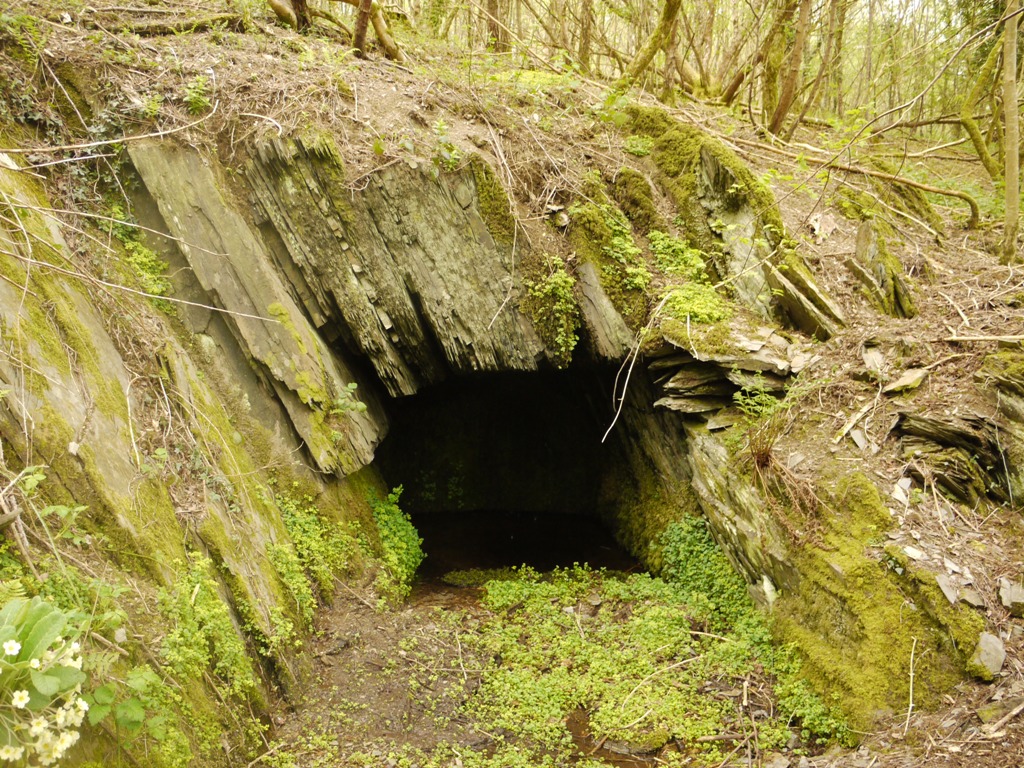 2 thoughts on “A medieval deer park and Bushell’s Well”