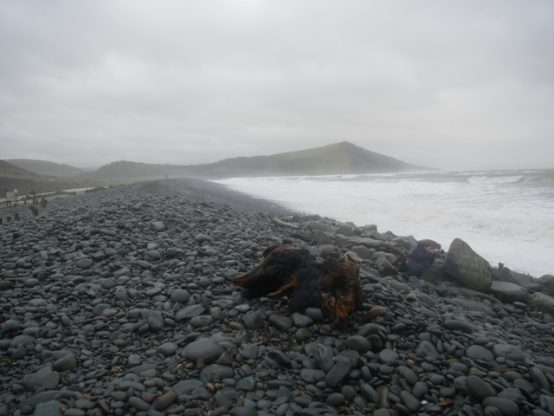 The only people on Tanybwlch beach on Sunday morning were the photographers sheltering amongst the boulders.  Every wave rollicking in from the south west broke over the harbour jetty,  creating a  continuous plume of spray interspersed with great explosions of water hurled high into the air.  Sometimes the green and white column at the end disappeared entirely from view. 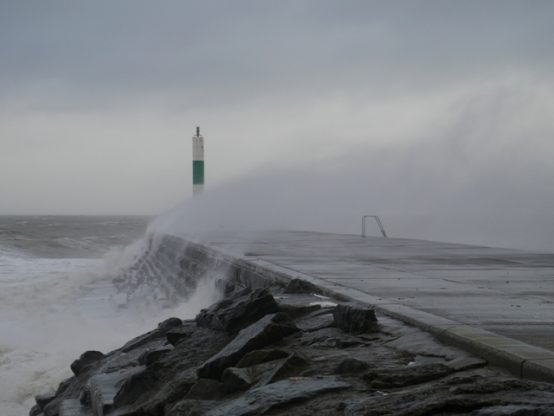 Storm waves over the jetty on Sunday 9 February 2020 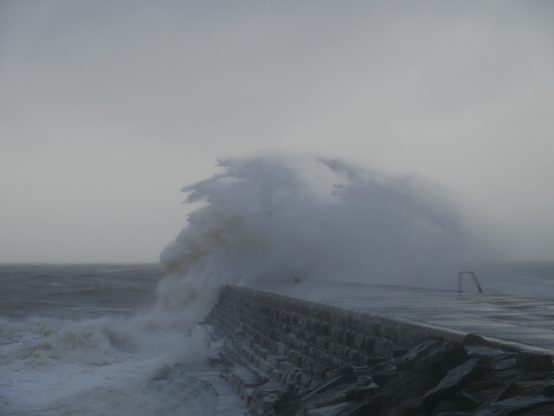 The incoming waves become trapped in the angle between the beach and the jetty such that big new waves conflict with the backwash from the preceding one, and create a churning mass of white water throwing up outward-bound crests.  It was in this churning cauldron that I spotted my old friend the dragon log, whose progress northward along Tanybwlch beach I have noted over the winter.  More of a sea monster now, it lay crocodile-like in the foam, then turned seaward and seemed to plunge through the incoming waves. 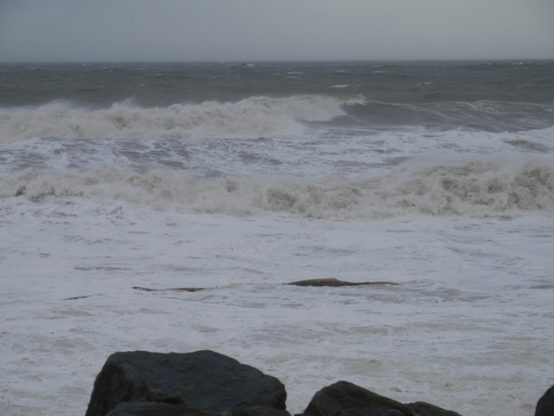 The dragon log trapped to windward of the jetty 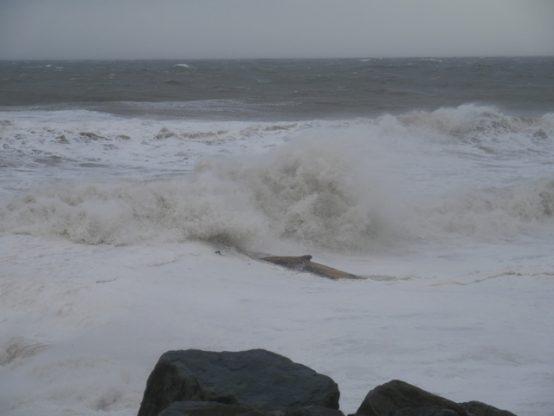 Sometimes the dragon head reared up, then the curved flank dived under the next breaker.

As the tide went out I think the dragon made it out beyond the jetty and has presumably continued its journey northward.  I wonder where it will next make landfall and whether its shapely head has avoided too much of a battering in the sea.

I walked southward along the beach as the tide dropped and the afternoon sun coloured the day.  I was eager to see how the storm had re-arranged the beach, and found a beautiful expanse of coarse sand below and beyond the concrete bar half way along. The heavier gusts here whipped up a sandstorm so that I often had to turn around to protect my face. 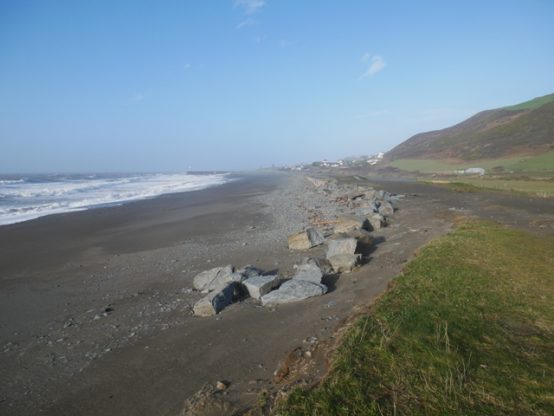 The sea has been crossing the shingle bar, and the most recent sea defences, the big stones placed along the seaward side of the bar have been steadily moving down the beach as the backwash  sweeps out the sand on which they were set.  Water passing over and through the shingle bar has created two huge pools on the farmland which are already visited by oystercatcher and curlew.

The persistence of these pools has waxed and waned over the last three decades as ditches have been dug to drain the land.  However the vegetation of the larger pool below Alltwen has once again been reverting to salt marsh, and Storm Ciara is hastening this advance. 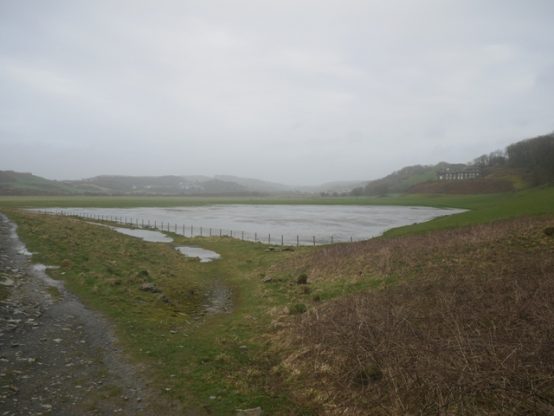 The big pool below Alltwen 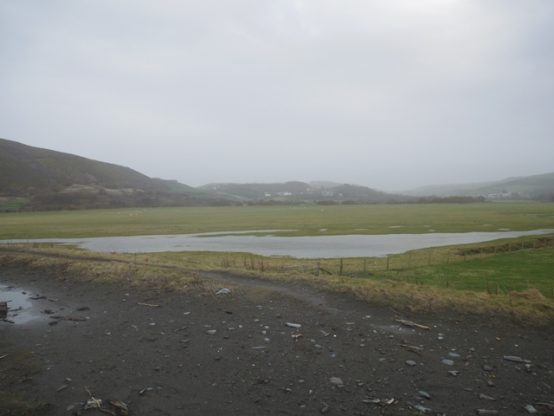 I look forward to the day when the pool becomes permanent, and the sea breaks through to meet the Ystwyth at its tidal end.  We may be needing a footbridge to complete Nanny Goats Walk before too long.

1 thought on “Wild winds at Tanybwlch”