It is lovely having cats in the house again.   I make my morning cup of tea and take it back to bed.  Up the stairs with heavy tread come Boris and Bertha, six month old siblings.  Boris bags the prime position on my chest, purring vigorously, Bertha winds her tail around my face and settles down beside him.  It is difficult to guide my tea mug to my lips. 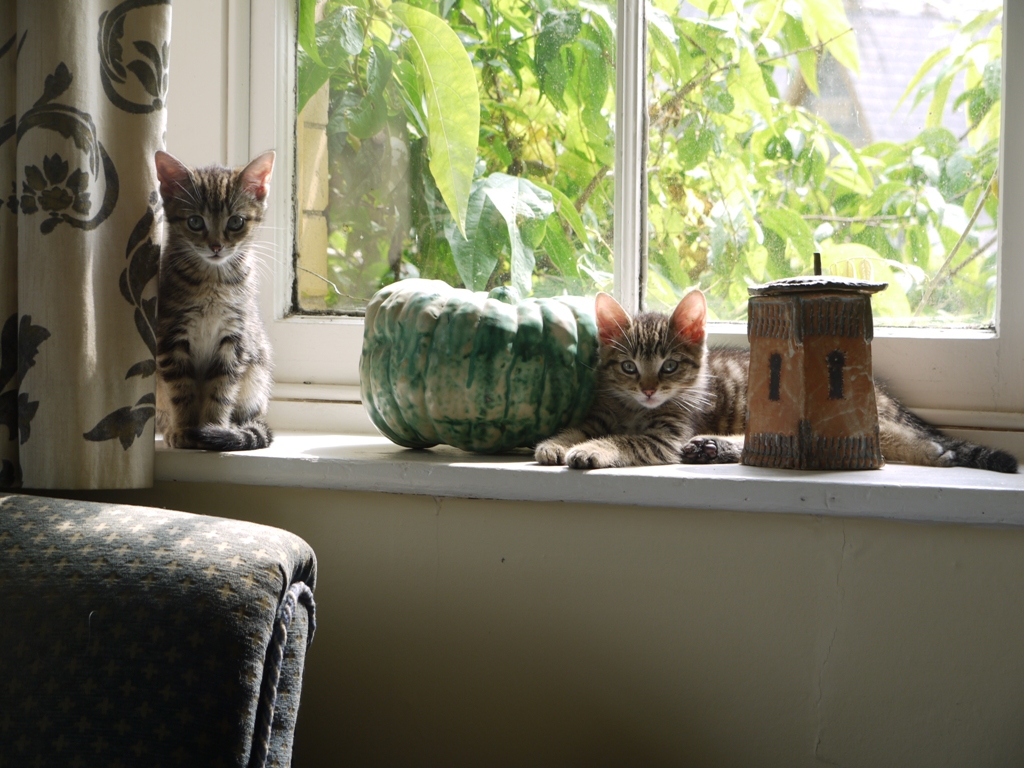 Boris and Bertha, the kittens

You’ll be hearing more about Boris and Bertha, the latest in a line of distinguished tabby cats to live in our stone house in the hills.

The first was Tomcat.  Unimaginatively named by us he was a big tabby, proud possessor of his testicles, who marched into our house one day and stayed.  My young daughter was entranced.  My baby son, seated in his Maclaren buggy, took immediate offence –  holding his breath until he turned blue, and then emitting a square-mouthed wail of affront.  But it wasn’t long before Tomcat and he were snuggled amicably upon a beanbag, the latter grasping the former’s silky ear in his fat little fist.  Tomcat spent the days at home and the nights in feral pursuits.  Some mornings he’d return with a rabbit, his fur rimed with dew from the long grass and the edges of his ears laced in black with a new crop of rabbit fleas, reluctantly rehomed from his cooling prey.  I kept flea powder for these occasions.

Tomcat grew old and eventually left us, probably to die.  Before he went he brought home a successor, a skinny teenage tom of the same colouring.  For two days they ate together and slept together in the same bed.  Then Tomcat disappeared.  We called the newcomer Kevin.  He proved to be a superb addition to the family.

Then there were Sharon and Darren,  Kevin’s kittens by a feral farm cat he brought home.   They streaked around the house chasing, rolling and scaling curtains and sofa backs.  Darren was beautiful, a mackerel tabby with intricately striped body.  Sharon had the circular target on her flank.  We called her, affectionately, the little limited cat.  There hadn’t been quite enough material to make Sharon, and she had to go to the vet as a kitten to repair an abdominal hernia.  We thought she had been slightly short-changed in the brain department too, but we loved her.

Dolores was our next cat.  A feisty young tabby female from an eccentrically run private animal sanctuary.  She was not as soppy  as her predecessors – someone somewhere perhaps had closed a door on the tip of her tail and the end vertebra  was crooked and sensitive.  You couldn’t run your hand up to the tip of Dolores’ tail.

You may detect a strand of tabby racism in this narrative.  And the story reached yet farther back.  This house has always had a tabby cat.  One day a knock on my door revealed a lovely lady from Wisbech who had passed the war years with her mother as a blitz refugee in this house.  She came with photographs.  And there was her mother, seated with her hosts Mr and Mrs Daniels, against the pine end of the house.  Standing behind them is their schoolteacher daughter, Mary Ann Daniel, holding in her arms a big Cardiganshire tabby, the very image of the indomitable Kevin and very possibly a direct ancestor. 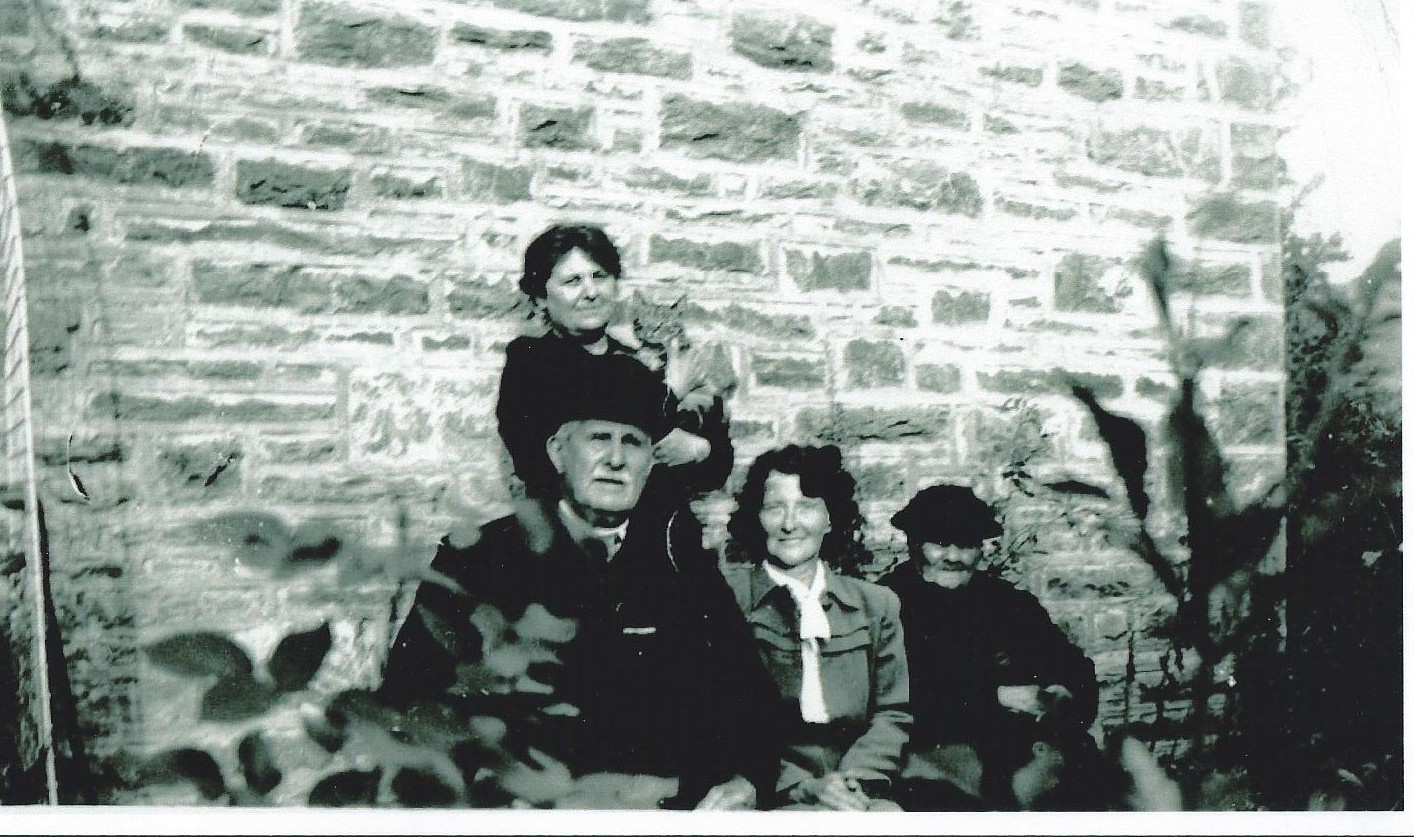 Mary Ann Daniels holds the family tabby in 1940. Seated in front are her parents and their evacuee guest, the photographer’s mother.

So while feral cats of other shades and patterns pass through the neighbourhood, perhaps contributing to the squalling spats or eerie yowlings in the night, Tomcat, Kevin, Sharon, Darren and Dolores saw our children from babyhood to independence, and when Dolores died of a septic foxbite, the house was strangely bereft.   Boris and Bertha now continue the tradition.  They were born in May a few miles up the river where their mother was in the care of the Cats Protection League.  A couple of months ago they re-encountered her.  She was leaving the vet with her fresh operation scar, a microchip and a new name.  She looked with disinterest at her mewing kittens in my cat carrier, waiting for their immunizations.  She was going back to her new home.

2 thoughts on “The Joy of Cats”