Simon Goodenough, the new Curator of the National Botanic Garden of Wales came to speak this week to the Cardiganshire Horticultural Society.    For my less local readers: Cardiganshire is the old County name for this county, now properly known as Ceredigion.  Dyfed, a mystifying administrative amalgam  of Cardiganshire, Pembrokeshire and Carmarthenshire was created in 1974 and abolished in 1996, but lives on in address databases and in the title of the police force.

Anyway, the Cardiganshire Horticultural Society ( or CHS) was founded in 1968 before Dyfed was invented and is a flourishing local society bringing together some 200 members of wide and often learned interests.  The National Botanic Garden is over our borders in Carmarthenshire, and was a major millennium project, 507 acres of historic landscape now centred on Norman Foster’s famous glasshouse, nestling like a giant insect’s eye in the rolling green landscape.  We have always maintained a keen interest in its progress. 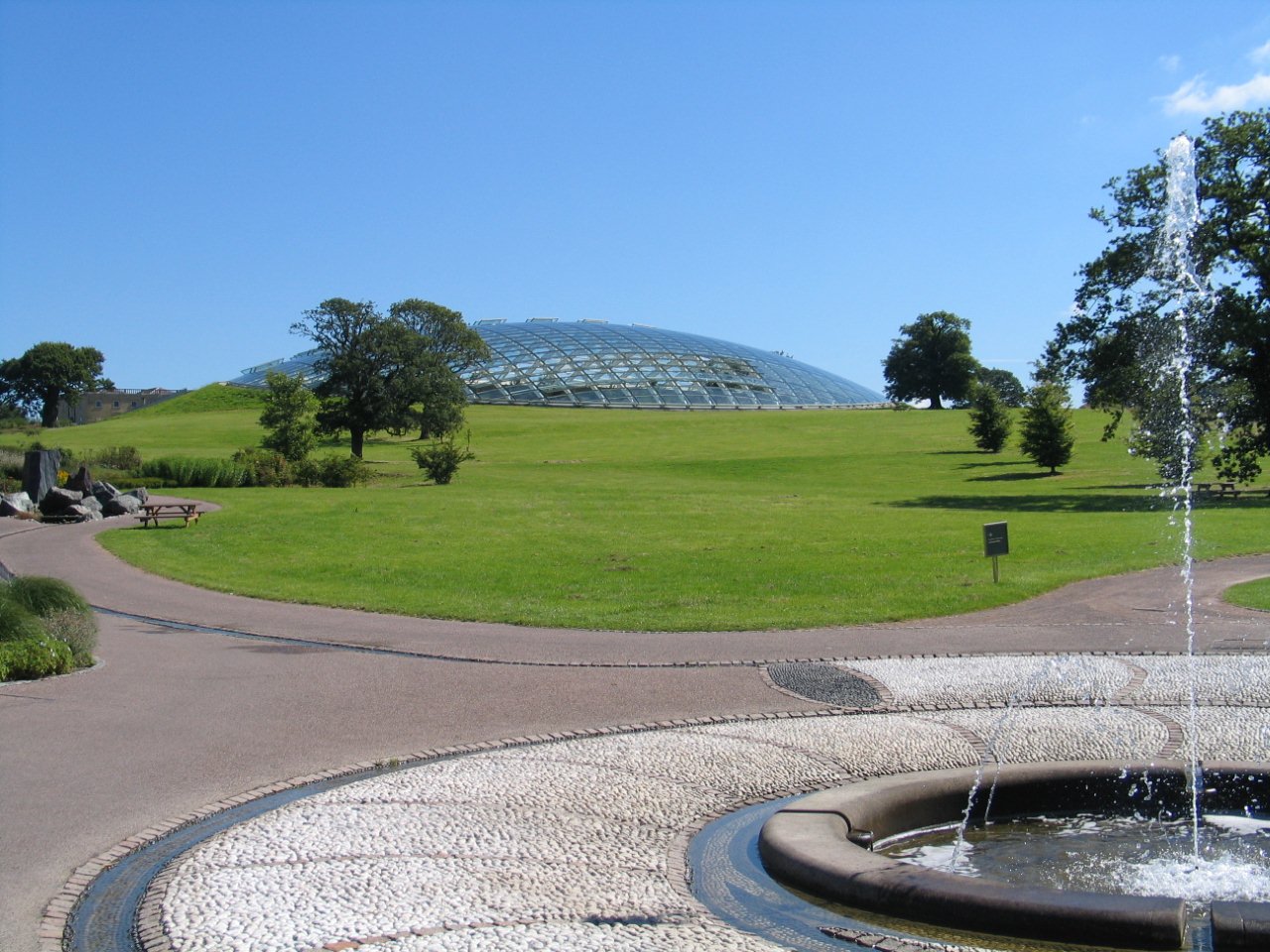 Simon described his many plans for the enhancement of the gardens.  One theme concerns pharmaceutically useful medicinal herbs, currently represented by the Apothecaries’ garden, which celebrates the traditions of healing attributed to the Physicians of Myddfai, three brothers living in the nearby hamlet of Myddfai in the 13th century.  While he is enthusiastic about the ancient traditions of herbal cultivation in this area, known to reach back to Roman times and beyond, Simon was sceptical about the Myddfai story.  Scholars have suggested it may well be something of a folk fiction of fairly recent origin. This would not surprise me: we have quite a tradition of embellishing the facts in Wales.  Iolo Morgannwg , for example is, now recognised to have been a most prolific inventor of druidical history, while Lady Llanover can be credited with singlehandedly creating the picturesque Welsh peasant costume we still dress children in to celebrate  St David’s day.

Simon went on to show us a picture of henbane (Hyoscyamus niger), a British native herb with powerful psychoactive properties which crops up in coastal locations and on disturbed ground.  It is in the garden’s collection and may well have been utilised in Myddfai 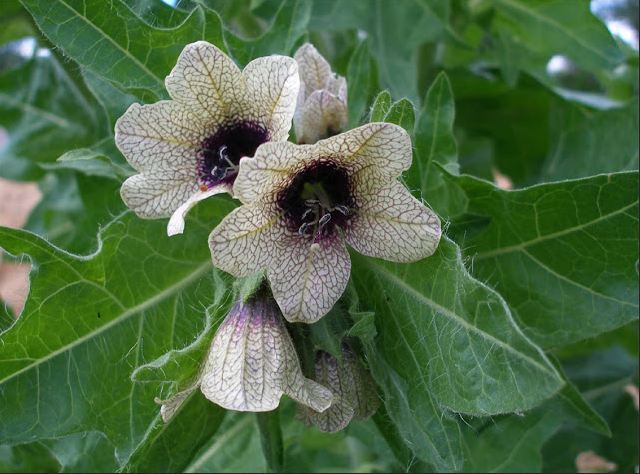 The poisonous and psychotropic herb, Henbane

Apparently henbane can make you feel you are flying.  According to tradition it was pulped and mixed with porkfat, smeared upon the end of a handy broomstick, and applied vaginally where the moist skin and rich capillary bed allowed the active chemicals to reach the bloodstream and the brain.  This, we learnt is what was really meant by witches flying on a broomstick.  I do not know the origin of this scholarly insight, and can only speculate as to where wizards might have put their broomsticks.  If true, it is most satisfactory, and if false it joins the ancient tradition of tall tales in Wales.

2 thoughts on “High on Henbane? The Welsh Witch and her broomstick”