In its heyday the arched doorways through the drystone wall of Mrs Johnes’s garden at Hafod  were each embellished on the garden side with rusticated dressings with a keystone  depicting a stone head: a mischievious male face – a Satyr, and a gentle female visage, – a Nymph.  These must have looked down upon Mrs Johnes, her  guests and  her gardeners as they passed out of the garden, towards the Peirian Cascade  or along the Lady’s Walk beside the river Ystwyth. 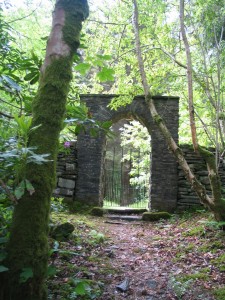 As the garden reached its nadir of dereliction after the demolition of the mansion, and the driving of a forestry road through the garden walls, someone ‘rescued’ these keystones, and for many years they resided in the private collection of Margaret Evans, parts of whose hoard of costume, artefacts and memorabilia used to be displayed in the Railway station building in Aberystwyth.  Many fragments of masonry from Hafod migrated during these years, some to nearby garden features and rockeries, others to the hands of descendents of former owners and tenants of the Estate. 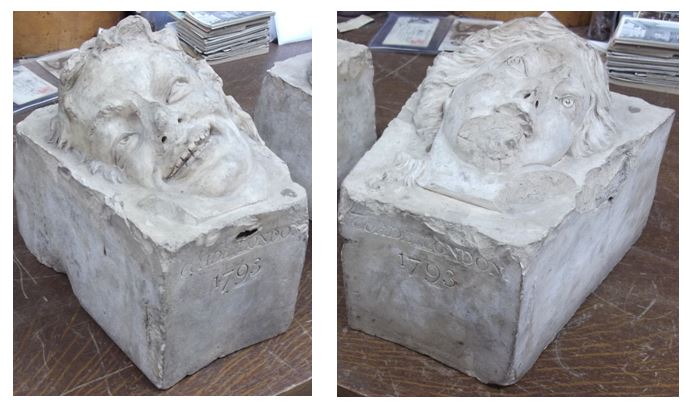 The original Coade stones heads, now in the Ceredigion Museum

But Hafod, even at its most neglected, retained its fascination for those who knew it.  One of the earliest projects generated by local enthusiasts, the Friends of Hafod,  led to the repair and repointing of the damaged arches.  Margaret Evans remained fierce custodian of the keystones so the restoration involved the insertion of a pair of modern moulded concrete heads in place of the missing originals.  The heads were male and female faces, and the garden, still lost in the forestry plantation, became known locally as the  Adam and Eve garden.

Another Hafod enthusiast persuaded Margaret Evans to allow casts to be made of the original heads in her collection, and a replica pair were made. The interest of the originals is considerable for they are made of a ceramic artificial stone, “ Coade Stone” invented and marketed by Miss Eleanor Coade and dated 1793. Much of the ornamentation of London’s Georgian buildings and many well known statues are of Coade stone, a marvellously durable material little weathered by the passing years.  Mrs Coade called her invention ‘Lithodypyra’ literally meaning twice-fired stone.  It was a very skilled process to get the firing temperatures prolonged and correct in the kilns of the day.  A fine example of Coade stone ornamentation is at Belmont House,  Mrs Coade’s country home at Lyme Regis where nymph keystones  adorn the ground floor windows. 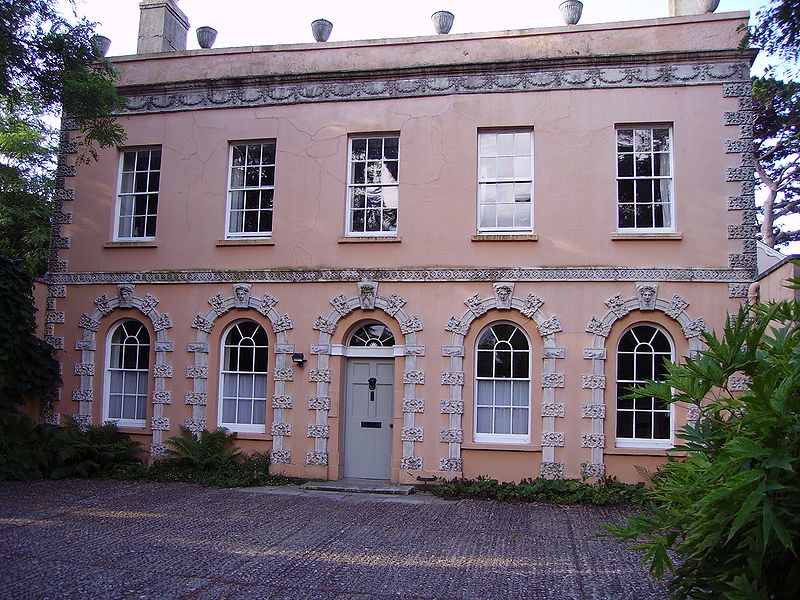 The Coade stone heads had suffered a good deal from their time in the neglected garden and the nymph in particular had lost a substantial portion of her chin.  The casting process gave the opportunity to do some facial reconstruction and the handsome facsimile casts, fashioned in a modern resin, are crisper and more perfect than the originals.  They were held in the collections of the Friends of Hafod.

The decades rolled on and both Mrs Evans’ collection and the Friends of Hafod collection found their way eventually to the custody of the Ceredigion Museum.  Almost an embarrassment of riches, for the Museum thus held  both the original and the facsimile heads.  It has been a happy co-incidence that the serious restoration of Mrs Johnes’s garden has allowed the installation of the high quality facsimiles in the place of the original keystones.  The many visitors who passed through the gates last weekend entered beneath the gaze of the very characters which once looked down on Mrs Johnes. 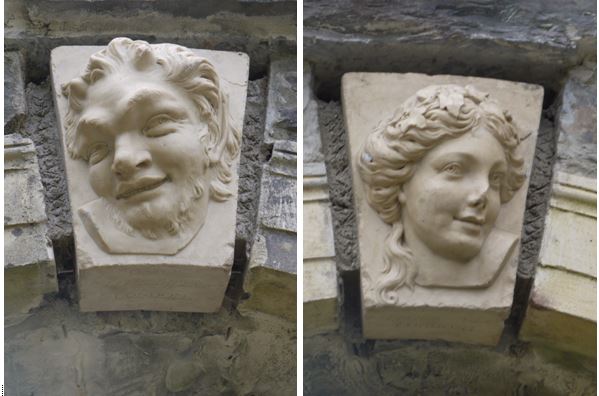 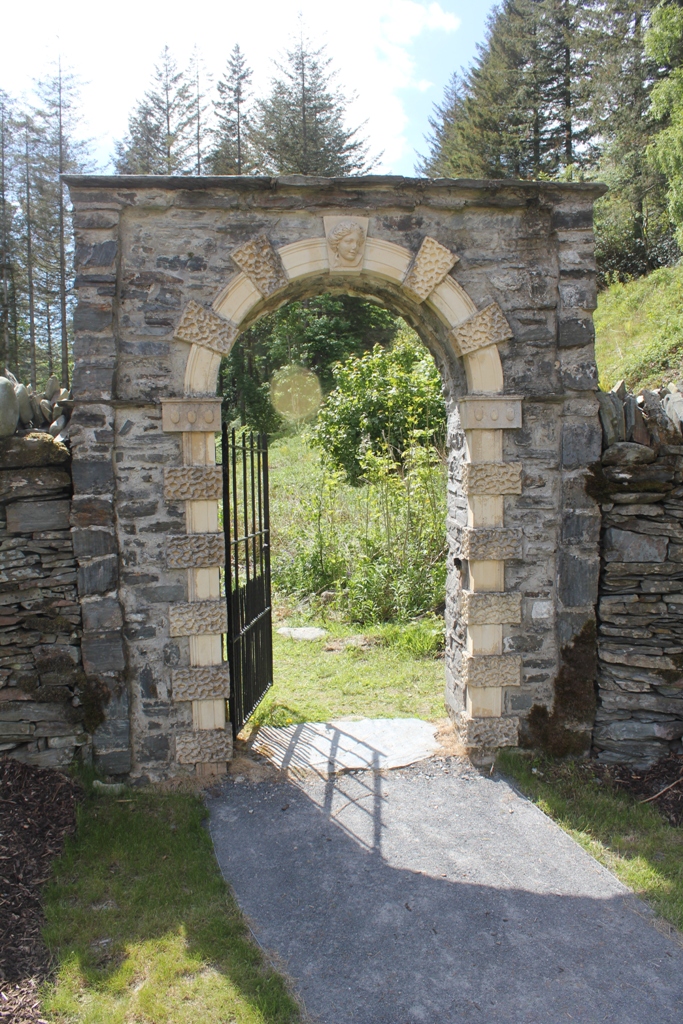 Refreshed with the facsimile Nymph, the Western exit from Mrs Johnes’ garden

8 thoughts on “The Coade stone Heads at Hafod”