My perusal of The Gardeners’ Magazine for December 1943 reveals some advice, from a Thomas Jones of London (a Welshman I suspect), entitled Phrenology for Gardeners and their Patrons.  Mankind has always deceived itself into believing that inspection of the physiognomy will reveal the secrets of the inner self.  If only it were true, surely tricksters, burglars and murderers would have been long since weeded out of the population?

Nonetheless this article, and the accompanying illustrations ( engraved for our education at the author’s expense) caused me quiet amusement.

Figures 129 and 130 illustrate the physiognomy desirable in an employer, should a gardener be fortunate enough to have a choice of situations.  Jones tells us “it might be useful to know that all other circumstances such as duty, wages, prospects &c., alike, the lord or the lady with a broad full chest, broad erect forehead, and not much exceeding middle size (fig. 129) will naturally be the most kind and generous to them…  An intelligent gardener would not willingly choose to live with a master having narrow shoulder and a contracted chest (fig. 130).” 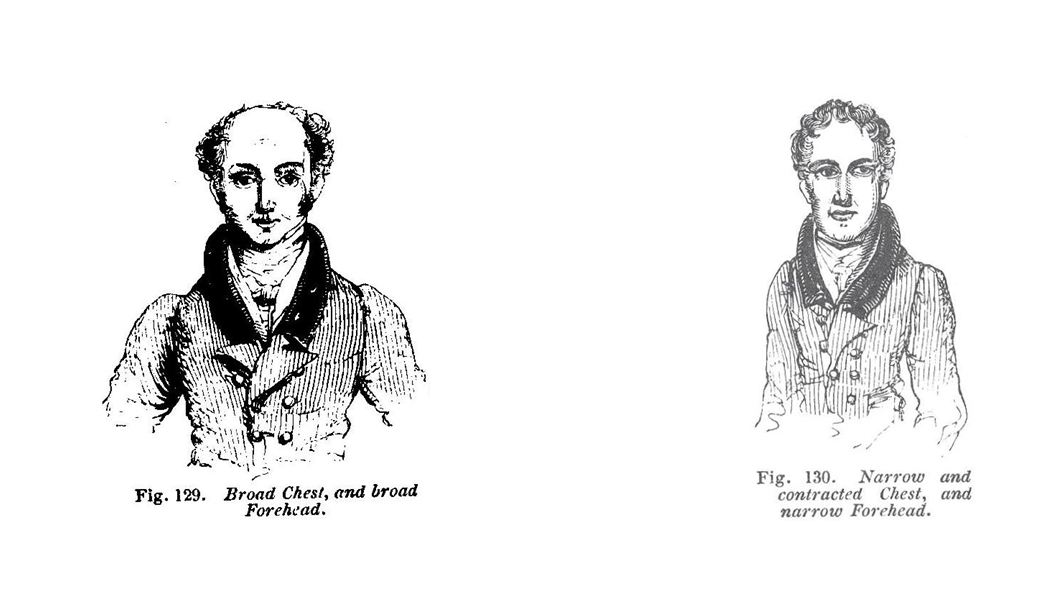 Funnily enough the gentleman on the right is the one who more closely resembles the 21st century vision of Mr Darcy!

A further pair of images explains the importance of The Facial Angle.  Our well-informed gardener would not willingly choose to work for an employer with a defective facial angle – a sloping brow and receding chin ( fig. 131).  Such flaws would also be undesirable in an employee.   However a  gardener contemplating an employer might take the risk after all, because “the inestimable blessing of education, and the intercourse of high and polished society, neutralise or counteract the former to such a degree as to put its possessor almost on a footing with the man of native strength of mind”. Chinlessness then, is an insuperable defect in a gardener, but may be overlooked in a well-educated member of the landed classes! 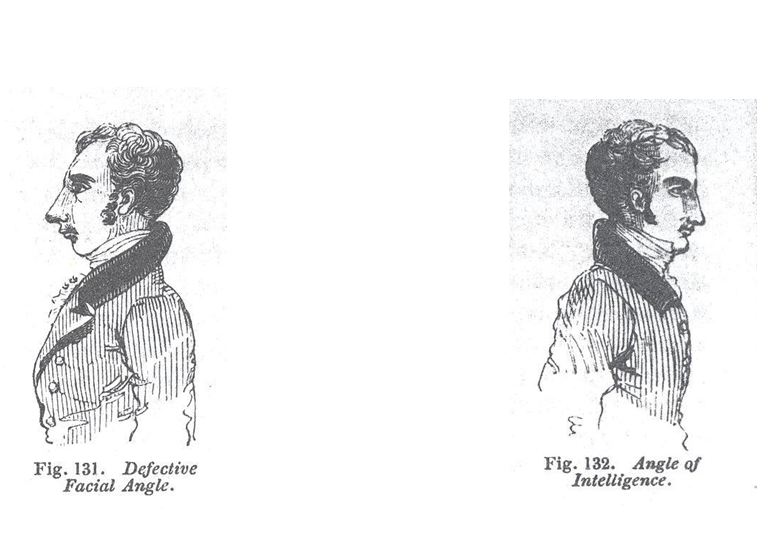 Thomas Jones moves on to wider implications:    “If this kind of knowledge is of importance to a gardener or an employer, it is of still greater importance to him in the choice of a wife.  Nothing good is to be expected from an uneducated woman, unless she has an ample chest and attenuated extremities.”  Expanding his theme he writes: “All other things being equal, a man should make choice of a wife whose form and extremities come as close as possible to those of the Venus de Medicis ( fig. 133) and a woman should choose a husband of a form, and with extremities, coming as near as possible to those of the Apollo Belvedere ( fig. 134).  Full sized statues of these models of beauty and perfection ought to be in every garden, and in the hall of every gentleman’s house: casts of them ( which may be had perfect of their kind at 7s each),  on the chimney piece of every cottage as a beau idéal to operate on the imagination.” 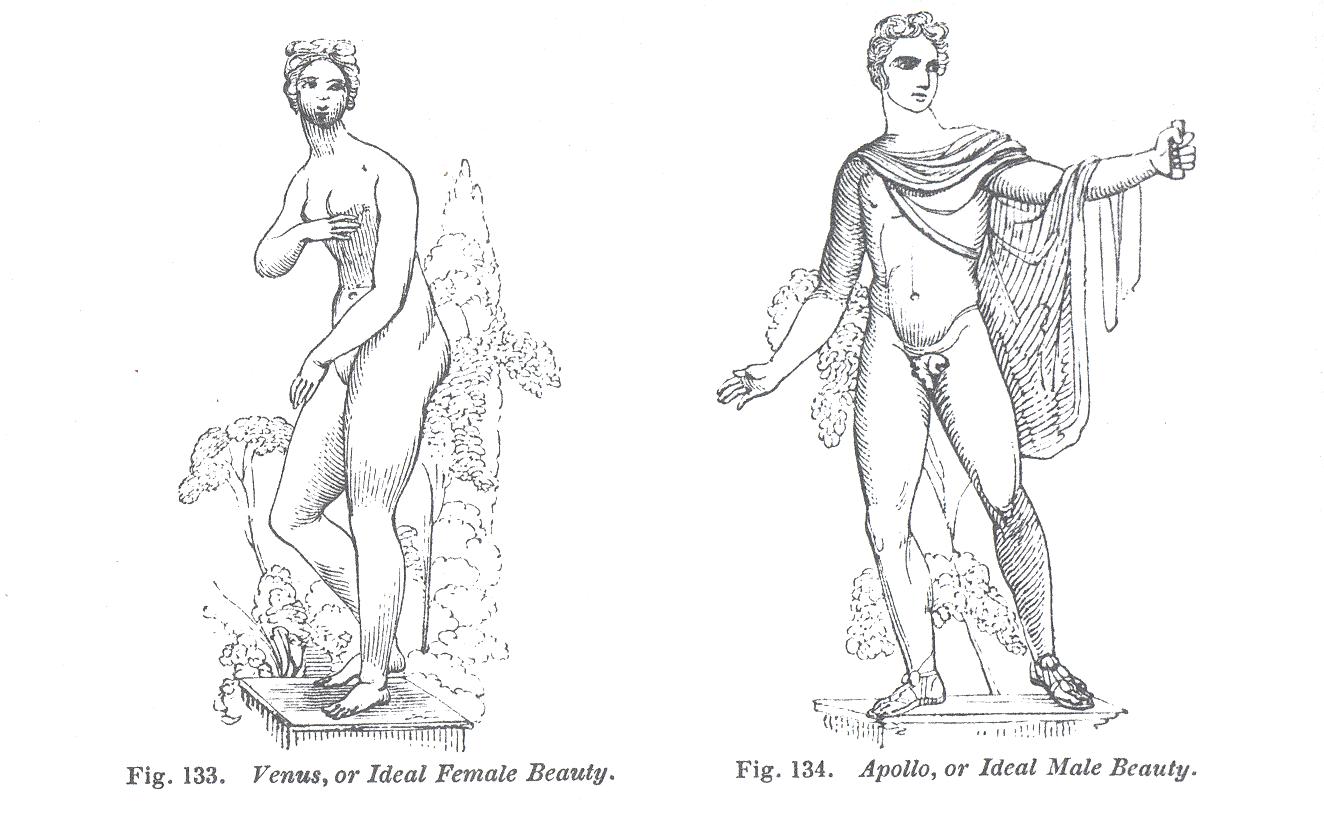 Jones also deplores the eugenic impact of  prolonged war, quoting an article in the Annales de la Hygiène Publique, which asserts that wars tend to degenerate the human race by killing off the tallest healthiest men without their leaving offspring.  It would be best, says Jones, to select for soldiers none but little men.

Classical statuary is not uncommon in historic gardens.  Hitherto I saw it as merely as ornament, the focal point of a view. In the light of Thomas Jones it can be reappraised as a manifesto commending the coupling of tall athletic men with young women possessed of ample bosoms and long feet.

1 thought on “On choosing a gardener, an employer or a mate”