Bertha has appeared twice in my occasional blogs about the pets. ( 21 November 2012 and 15 December 2013  – The Joy of Cats 1 and 2). Boris and Bertha were sibling tabby kittens who entered the family in 2012. They joined a hall of tabby fame: Tomcat, Kevin, Sharon and Darren, Dolores who have cohabited with us over the years. They grew from kittenhood to maturity and remained friends with each other. Often they would curl up together for some quality sleep on my bed. 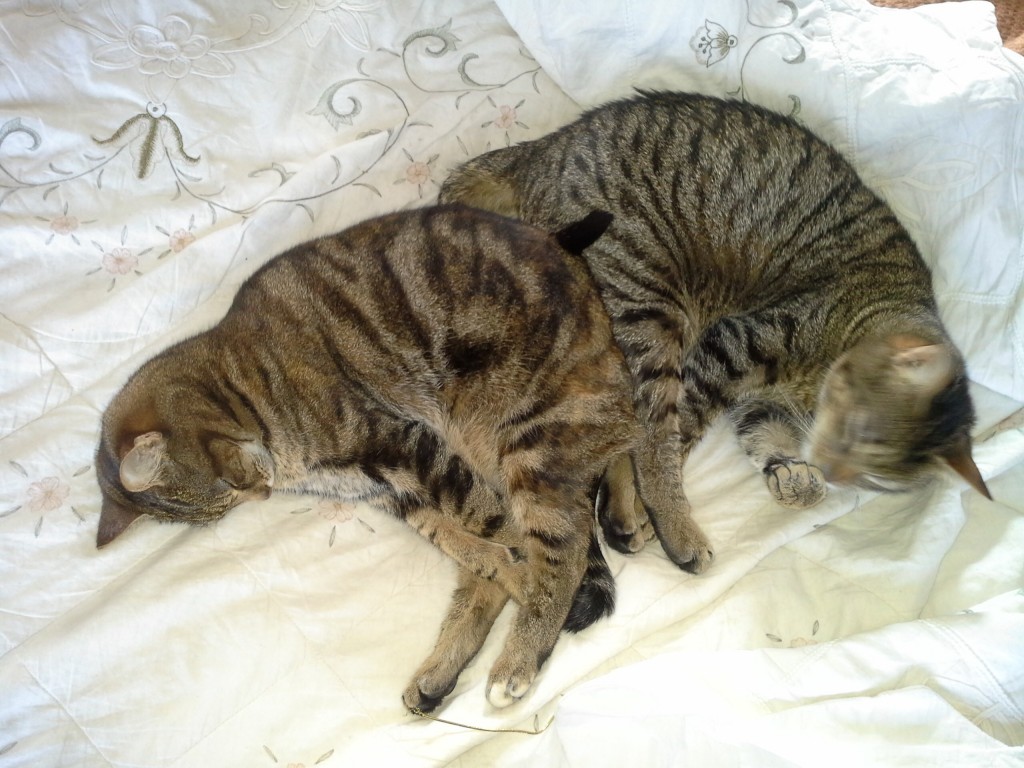 Bertha ( left) and Boris ( right) often chose to sleep together

When they had to go to the Cottage Cattery at Llangwyryfon they would share a two-cat pen, a lavish pad with their own beds, scratching posts and every amenity. Boris would from time to time hold Bertha firmly down and groom her face and ears, but Bertha was no pushover, she would soon send him on his way if he was annoying her.

Three years old, they showed different personalities. Boris is in some ways cowardly ( he runs from the room if one sneezes loudly) but would initiate blithe chasing games with the dog, in which they would charge at full pelt around the house. He would always present his rear for dog inspection and rub up affectionately against him. Bertha was extraordinarily tolerant of babies, and would lie purring as small hands rummaged her fur like an old coat. Boris would swiftly depart at such treatment.

So it was a bolt from the blue to step out my back door last week to feed the chickens and find Bertha, dead and stiff just outside. She didn’t ever go far from the house, and her dead body showed no sign of trauma whatever. So astounded was I that I took her for a post-mortem, and the vet could find no cause of death either. We were left with some lame hypotheses – had she had a blow to the head causing brain injury? It is the time of year when Bramley apples crash suddenly from the tall trees. Or was there dire significance in the sudden attack of frantic whirling and biting herself which she had shown for a minute of total craziness the night before she died? 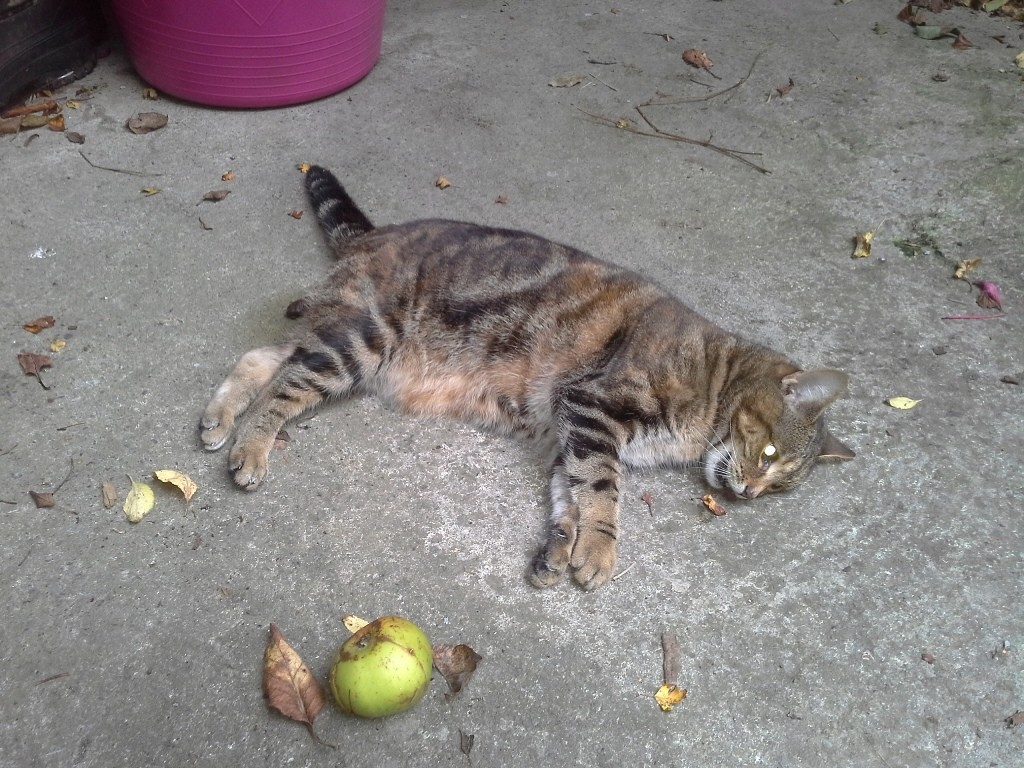 We shall never know, but I buried her under the fir and the horse chestnut where she joins Homer the previous Lhasa Apso, and Sharon, sister of Darren, who was cut down by a car in 1997. 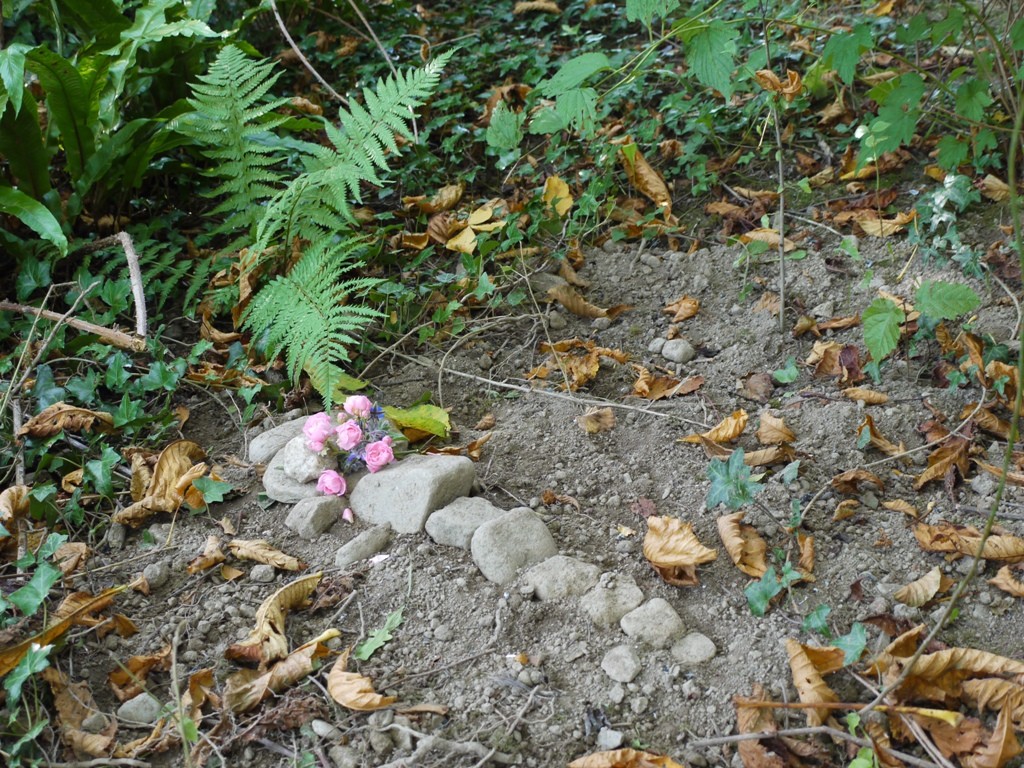 Boris and Otto have been unmoved by the death. Indeed Boris if anything is even more affectionate. He has brought in an enhanced supply of mice and voles, he still flirts with the dog, and is even more inclined to join us on the sofa of an evening.