This pejorative title is still acceptable when applied to a foreign plant!  An alien species which has more than found its feet in Ceredigion is the Large Leaved Avens Geranium macrophyllum. 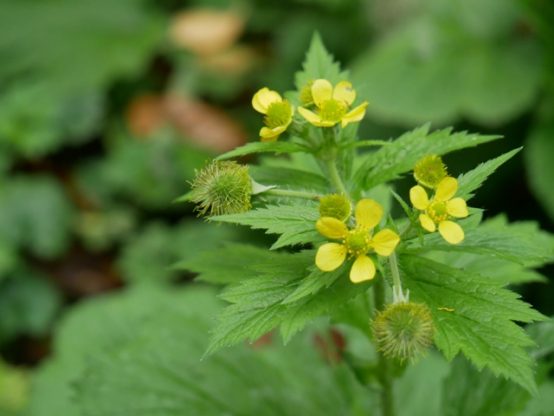 It is bigger and brighter than our native Wood Avens, with lemon yellow flowers, and a dense cluster of bright green foliage. Once it gets started it seems to flower constantly from June to October.  The flowers ripen to form soft burrs of hooked seeds which when ripe are readily dislodged.  I would speculate that its spread is correlated with the ability with which these seeds attach themselves to human socks and dogs’ faces. 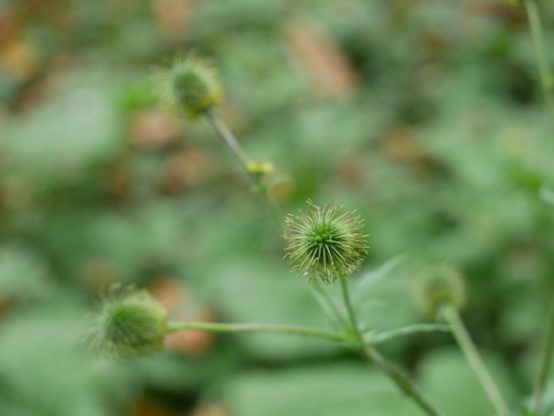 I remember first noticing this unfamiliar plant by the roadside at Black Covert.  Arthur Chater, in his massive Flora of Cardiganshire recorded it there, and rapidly spreading, in 2006.  It was already widely distributed on roadsides in the Llangwyrfon/ Lledrod/ Bronant area, where it was first recorded in 1993, though local recollection has it that it had been there since the 1950s. It is native to North America and North-east Asia, and it has also been recorded as a garden plant since the 19th century.   I wonder whether it was by accident or design that it made its way to Cardiganshire, one of its main strongholds in the British Isles at present. 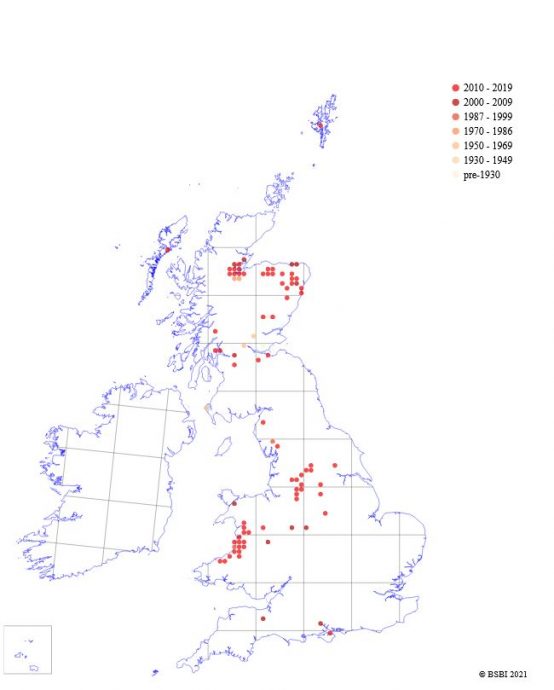 BSBI Distribution of Geum macrophyllum in the UK

Its potential to exclude other native plants is well illustrated by the progress it has made in the last ten years at Nant Yr Arian.  On the circular path round the lake from the visitor centre it is flourishing.  At this time of year mature plants are mainly seeding,  growing to more than two foot tall in favoured spots. 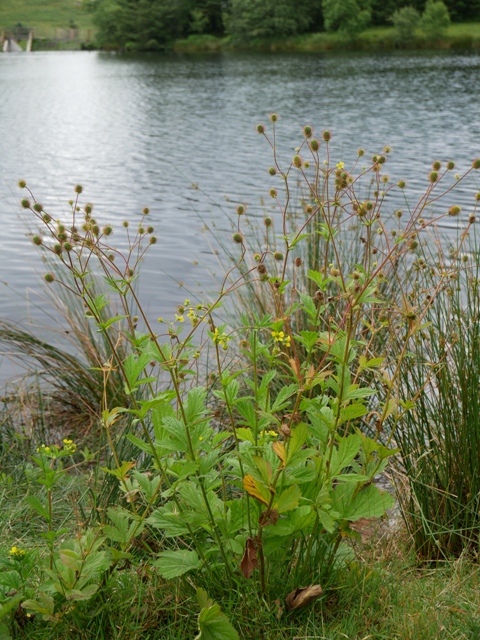 But the secret of its success is that the plant loves being strimmed, and soon regrows  faster than the grass and starts flowering all over again.  I found it forming an almost unbroken border on either side of the path. 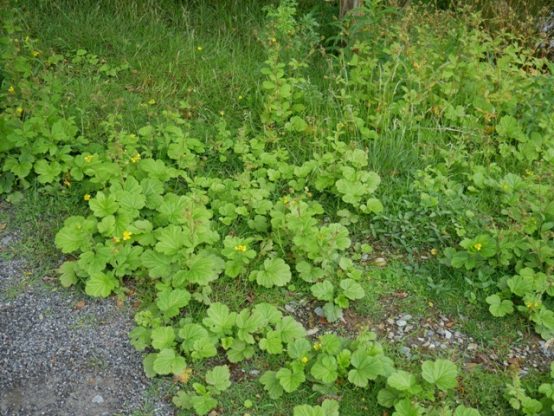 I wonder whether it deserves some selective control before it joins the ranks of Himalayan balsam and Japanese Knotweed, both aliens which are pretty, but now designated enemies by British ecologists. 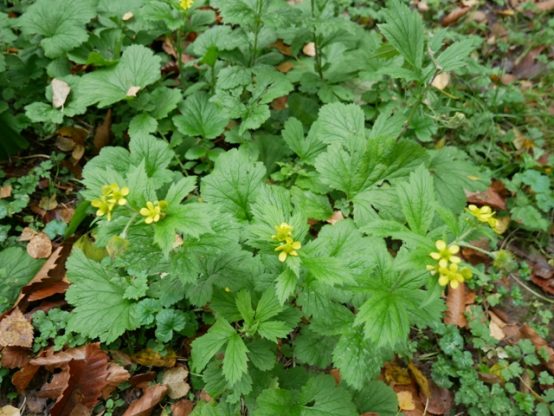 Geum macrophyllum smothers the competition with its dense foliage, and is still flowering in late October.