Regular readers of this blog will know that I like a nice tabby cat.  So it is no surprise that I am charmed by this picture (below) of a cat, painted in 1817 by a largely self taught artist Abraham Cooper.  It is a small painting, less than 7 inches square which is in the collections of the Ashmolean Museum at Oxford.  The neatly in-turned paws, the sedate posture of watchful repose, the loving detail of the long guard hairs fringing the ears – this is a picture by someone who closely observes his cat. 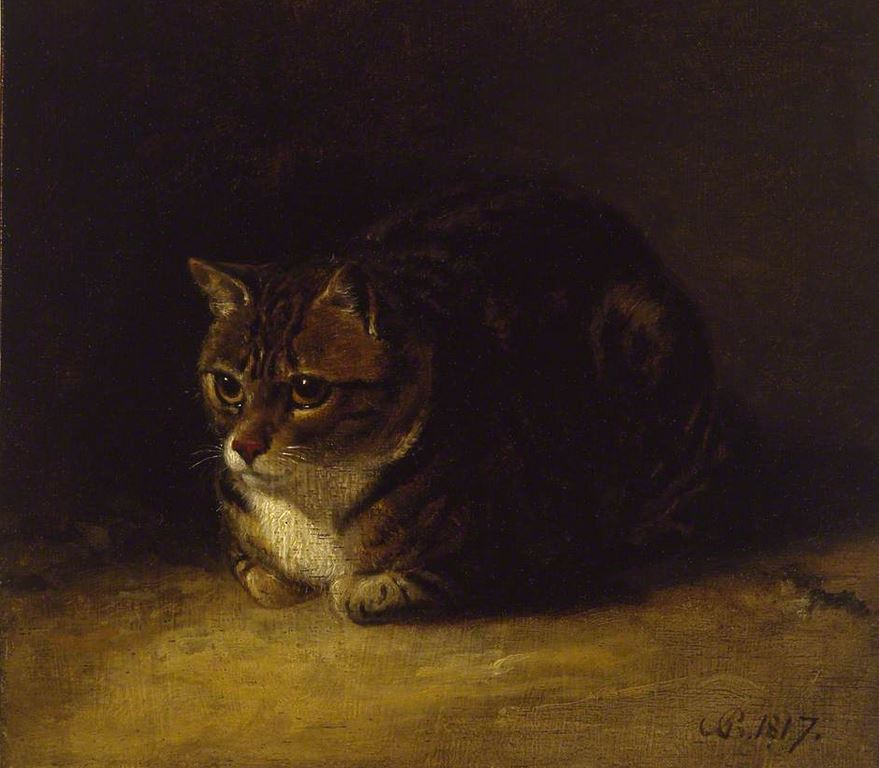 Abraham Cooper was the subject of a recent lecture to the Aberystwyth Bibliographical Group by Mary Burdett Jones.  He was born in 1787 the son of a London tobacconist, received a limited education, and commenced his working life aged 13 working in the equestrian circus Astley’s Amphitheatre, a venue which features in Dicken’s Old Curiosity Shop, and in Hard Times. The equestrian theatre was dangerous work, and by 1810 he was instead working as  a groom for Henry Meux, proprietor of a successful Brewery, and later Sir Henry Meux, 1st Baronet. It was at around this time that Cooper obtained a manual on the subject and taught himself to paint.  An early canvas was his portrait of one of his employer’s horses, which so pleased Henry Meux  that he bought it and encouraged the young man’s new career.  As a result Cooper then received some training in the studio of sporting painter Benjamin Marshall, and began to produce pictures which were reproduced as engravings in The Sporting Magazine. In 1812 the first of many paintings by Cooper was exhibited at The Royal Academy.

Like the cat, other surviving early works by Cooper faithfully describe the scenes a groom would encounter:  race horses, working horses, an old pony and dogs. 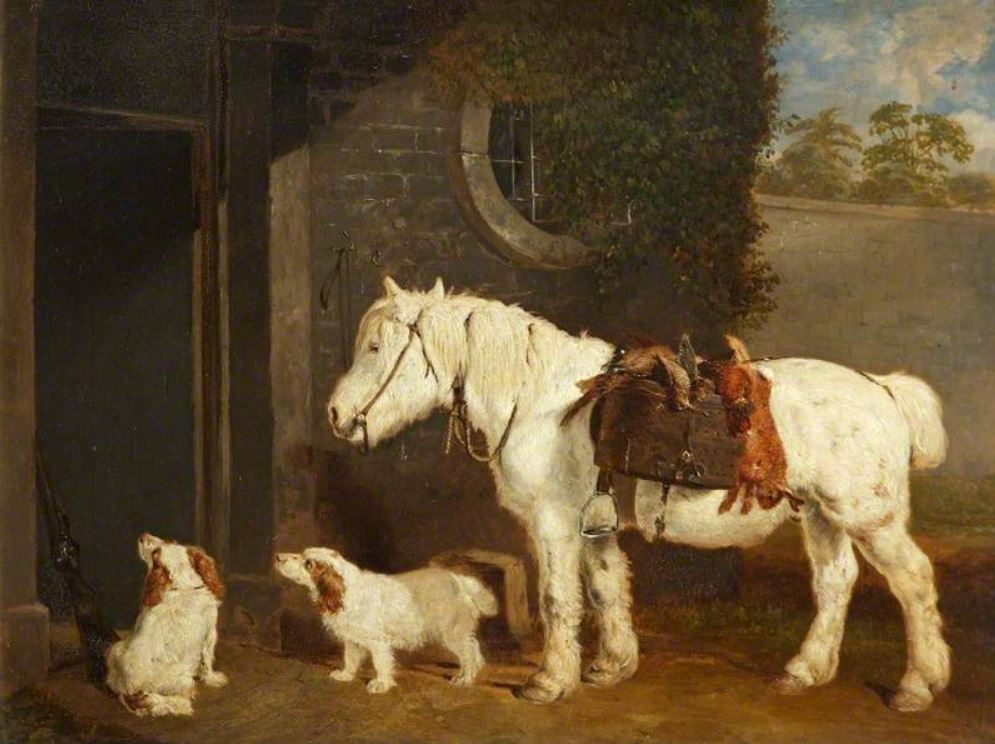 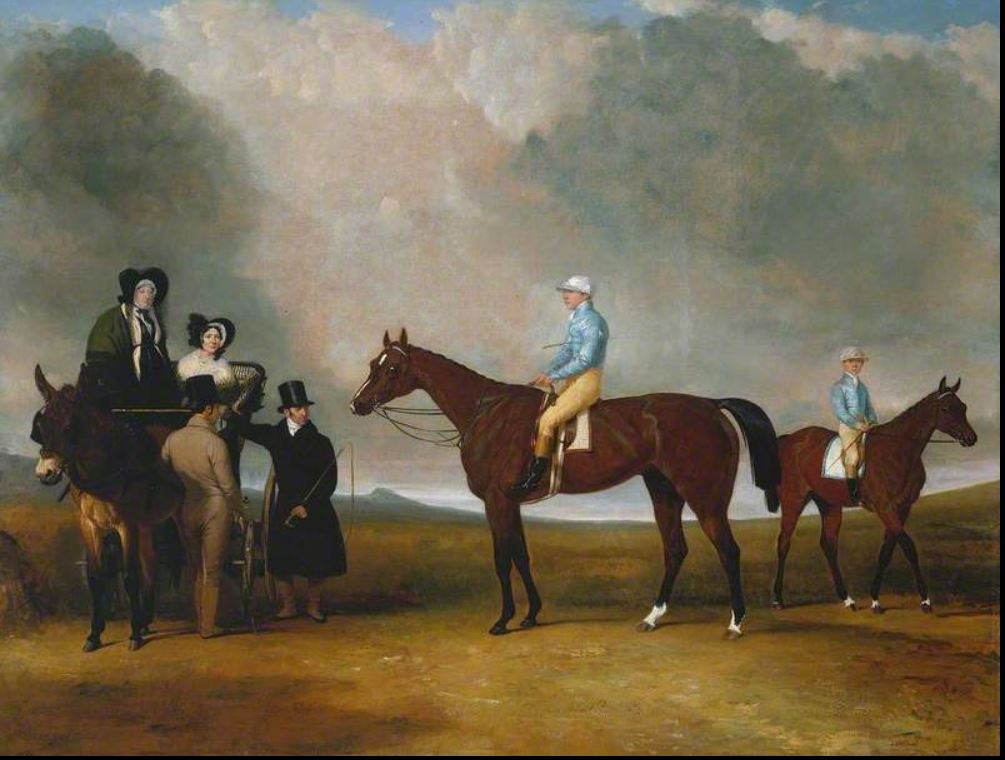 The Day Family and their horses. Abraham Cooper 1838 (The Tate)

But as Mary pointed out, the future lay in the burgeoning reproduction industry of the 19th century as magazines and books increasingly published fine engravings copied from artists’ works. Cooper became adept at the imaginative scenes required by the publishers, his horse and dog expertise and background in theatre making him the ideal illustrator.  In 1828 Sir Walter Scott wrote the ballad The Death of Keeldar to accompany this picture by Cooper. It was published in ‘The Gem’  an annual publication for 1829. 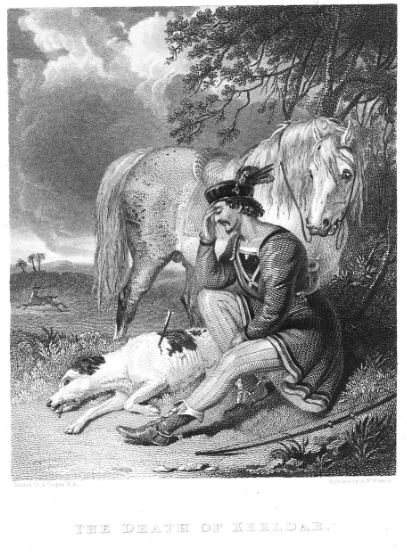 The Death of Keeldar, depicted in The Gem, 1829

This ballad is one of the many workings of the traditional lament by which, by accident, or through a misunderstanding, a man kills his favourite dog.  A famous Welsh example of this genre is the death of Gelert, slaughtered by his master Llewellyn the Great in the mistaken belief that the dog has killed his child.

Cooper also diversified from straightforward horse portraiture into fantasy and historic battle scenes, for which he must have had to research the costumes but could rely on his extensive knowledge of the horse for depicting the fighting melee. 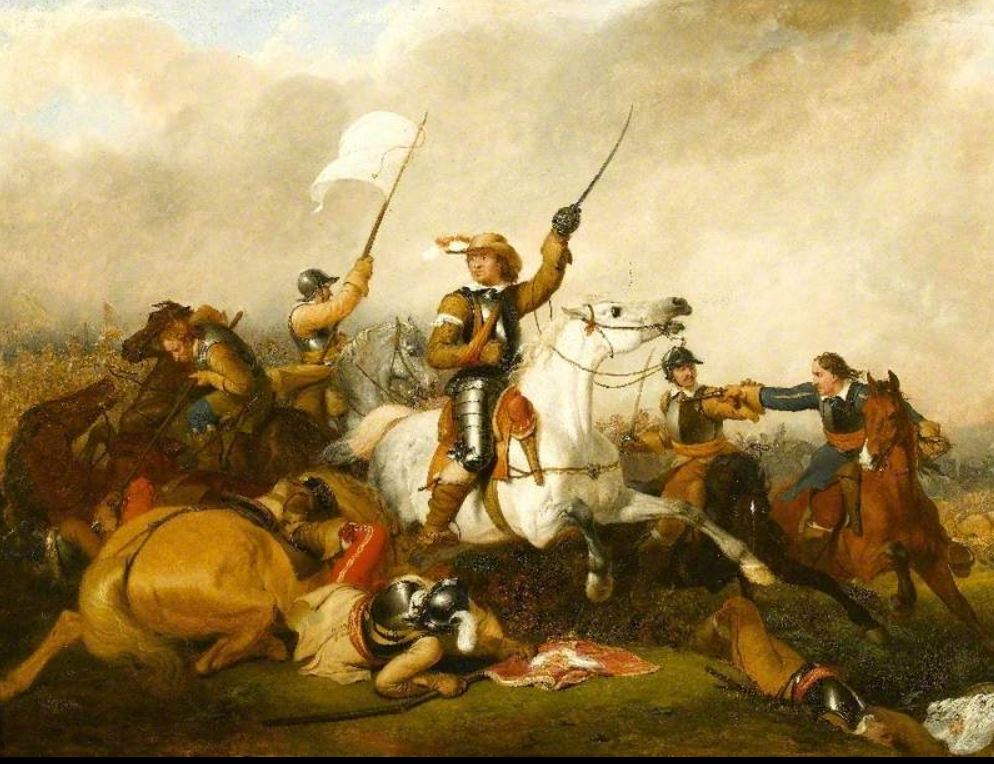 While relatively few people owned an original work, engravings of his pictures penetrated the national consciousness through magazines, books and printed plates designed to be framed and hung in middle class homes.  Those pictures which were engraved on wood may have no original, because in the 1840s it was common to paint directly onto the woodblock and thus destroy the picture in the process of engraving it.

Cooper’s commercial art took him far from that contented tabby cat and he is much better known for the image of Tam O Shanter escaping the scantily clad witch ( the Cutty Sark) by riding his heroic mare, Maggie over water.  Robert Burns’ poem was first published in 1791, and this picture was exhibited in 1813.  It is an image which, combining horsemanship with a saucy wench has been copied, engraved and reproduced ever since! 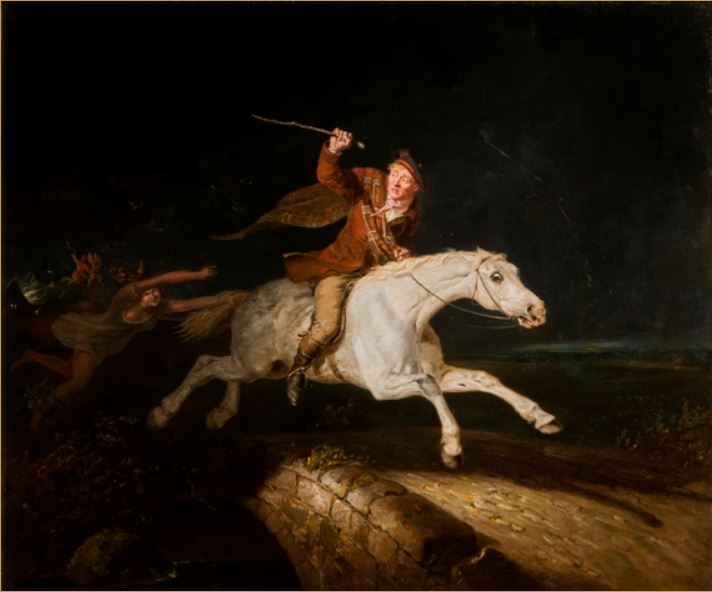 And why did the speaker chose Abraham Cooper as her subject?  Because he is one of her sixteen great great great grandfathers, and we live at a time when pulling together the threads of the past has never been easier. 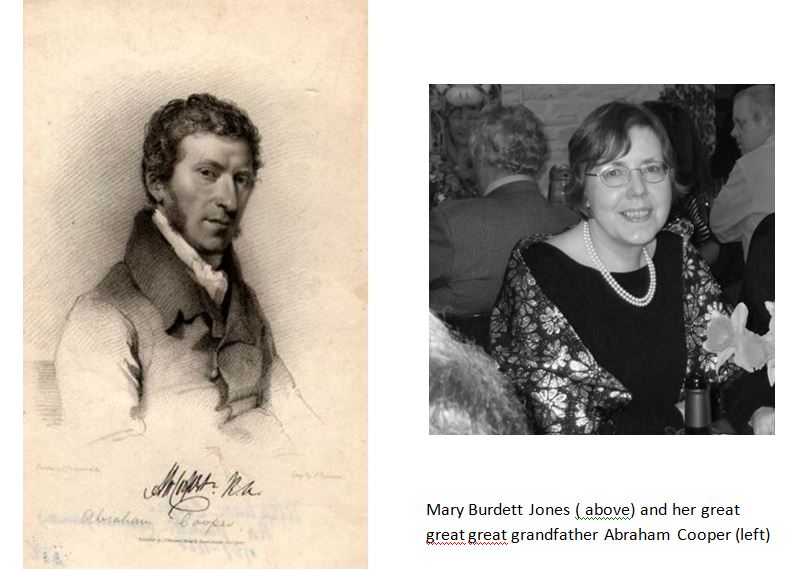